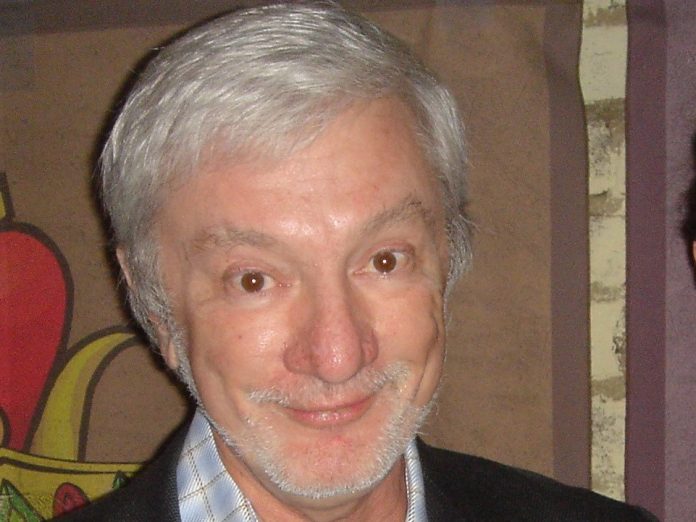 A true Capitol Hill character, Robert. J. Cerullo died at his North Carolina Avenue SE home on December 7, 2017, following a long battle with cancer. Bob fought valiantly against his illness to the end, rarely admitting to friends the extent of his struggles nor complaining about his discomfort. He was 74 years old.

A kind, gracious and thoughtful person, Bob will be best remembered for his warm personality and generous spirit. During his five decades in Washington, he amassed a network of lifelong friends through his professional and social affiliations. On any given week, he would be busy attending weddings, bar mitzvahs and birthday parties for his friends and associates, their children, and even their grandchildren. His social obligations were so many, they seemed like a full-time job in his retirement. Everyone thought of Bob like a best friend. He was such a kind person; you just had to invite him to your celebration.

Bob’s Rolodex included a broad range of people ranging from Washington’s elite to a ragtag collection of locals he hung out with at Peregrine Espresso. Bob socialized in many different circles, but rarely introduced one group of friends to another. His compartmentalized social life created a mystique about Bob as many of friends often wondered about who his other friends were and what they were like.

Bob’s sometimes acerbic, but always witty, humor helped him win many of his friends. His use of sarcasm was brilliant. Acting as a curmudgeon, he often pretended to be irked by any inconvenience or imposition; but that was all a part of his daily comic routine. In his heart, he was a kind soul, quietly striving to make the world a better place. He did what he could to help people. Bob and a business partner, for example, made a generous loan to an entrepreneur to help him buy a restaurant from his uncle. After making the deal, Bob confided in his partner that it was a risky investment. He never expected to be re-paid in full. Bob was right; the restauranteur stopped making payments shortly thereafter and compensated their investors instead with crab cake dinners for life. Bob understood the risks, but provided the capital nevertheless and never complained about the bad investment.

Crab cakes from a greasy spoon, however, were not Bob’s ideal cuisine choice. Bob was a lover of fine dining. No discussion of his life would be complete without acknowledging his love for food – really good food. Through his network of contacts, Bob often attended restaurant openings and had first-hand knowledge of the city’s top chefs and restaurants. Many people relied heavily on Bob’s reviews and recommendations more so than Zagat’s or Michelin. Upon learning of his death, one woman close to Bob sighed saying “there goes the source of all good food knowledge in Washington and New York.”

Bob also enjoyed fine living. He cherished the time he spent with friends at his beach house in North Bethany, Delaware and at vacation destinations in places like St. Bart’s, St. John’s, North Carolina, Lake Cuomo and Bordeaux.

Born in Masontown, a small crossroads in rural Pennsylvania near Pittsburgh, Bob came to Washington in the 1970s after graduating from the University of West Virginia and serving in the Air Force National Guard to work at the U.S. Census Bureau.   He earned his law degree from American University and practiced real estate law with Houlon Berman for several decades. In retirement, Bob enjoyed renovating and re-selling houses throughout DC.

The son of John and Lucy Cerullo, Bob was devoted to his family. He is survived by his sisters, Dolores Cerullo Santella and Carol Cerullo Del Grosso as well as his aunt Violet Schnatterly and seven nieces and nephews, their spouses, children and grandchildren. Bob’s brother, Richard Cerullo, predeceased him.

A DC memorial service will be planned for some time in the new year. Memorial contributions may be made to the Leukemia & Lymphoma Society or a charity of your choice.