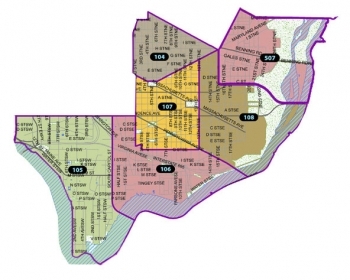 A one-year-old was the victim of a shooting Monday night. At about 9:00 p.m., police responded to reports of a shooting on the 1300 block of I Street NE. The child was transported to the hospital. Police said the injuries were not life-threatening but the infant will have surgery.

Anyone who has information regarding this case should call police at 202-727-9099.  Additionally, information may be submitted to the TEXT TIP LINE by sending a text message to 50411 or contacting the First District Detectives Office at 202-299-2025.

Man Arrested for First Degree Child Sex Abuse
At about 5:43 p.m. Thursday July 6, a juvenile victim was sexually assaulted on the 300 block of O Street SW. A witness reported the incident to police.

Reporting Illegal Activity
Prompt and detailed reporting of suspicious activities helps prevent crime. If a citizen sees suspicious activity, or any activity that seems out of the ordinary, immediately call 911.

The Blotter is based on the reports posted on July 7-9, 2017 by the MPD to the 1D Listserv and 5D Listserv.