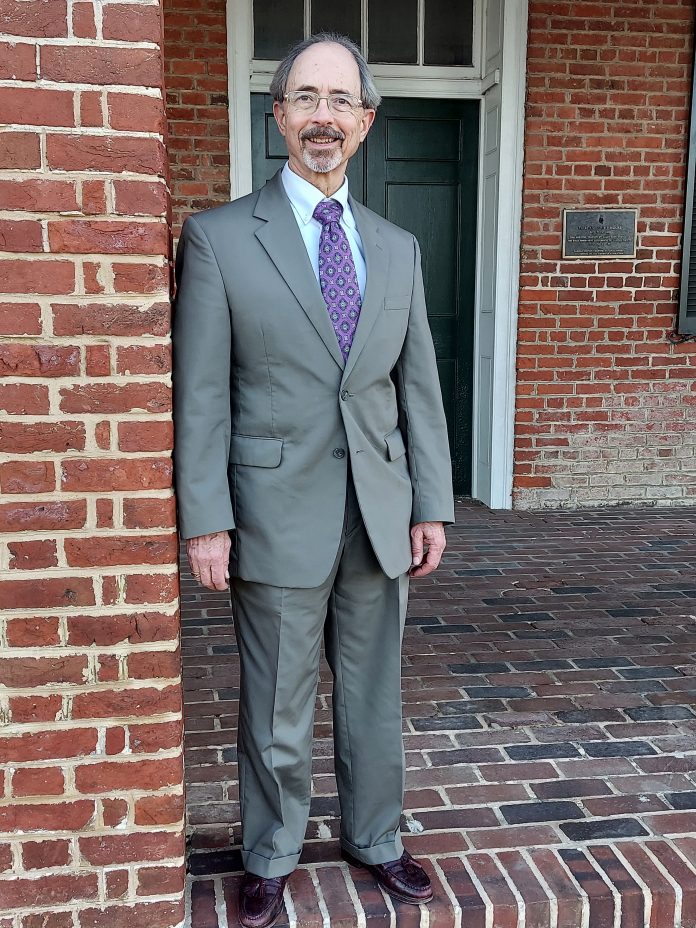 Eric Rozenman came to DC in 1980 as a congressional staffer and worked on or near Capitol Hill for many years. He is now semi-retired as a communications consultant for the Jewish Policy Center.

His poems have been published in the Miami-based Yiddish journal “Der Onheib,” as well as in Midstream and the online New English Review. Two previous poems—“Arrivals and Departures—Reagan National” and “Lunch Hour at Union Station” have appeared here.

In the poem below, he evokes images and sentiments that will be all too familiar to Hill residents. Rozenman notes that, over the years, the atmosphere on the Hill has changed—“and not for the better.”

In addition to the ubiquitous flags, he recalls “when I first arrived in DC and could drive on Pennsylvania Avenue in front of the White House, not to mention walk into House and Senate office buildings without going through metal detectors.”

Rozenman is also the author of a non-poetry book, “From Elvis to Trump, Eyewitness to the Unraveling: Co-Starring Richard Nixon, Andy Warhol, Bill Clinton, The Supremes, and Barack Obama!”  www.ericrozenman.com

They’re at half-staff again
The flags on Capitol Hill
Most of them anyway
A few of the glassed-in
Premium office spaces
Haven’t gotten word.

But the sight of them,
The flags at half-staff,
Has become so frequent
I wrack my brains, asking
Who is this time?

Former Secretary of State Albright was March
Former Senator Hatch (R-Utah) was April
So, who’s gone now that it’s May?

Maybe flags at half-staff this time
For those murdered in Buffalo
By a boy with a gun and superstitions
He caught on the Internet
Without a gun seems like you shouldn’t go anywhere
Anymore with flags so often at half-staff.

Maybe I’m just being paranoid
I think, giving wide sidewalk passage
To a shirtless, homeless man elegantly
Shadow-boxing and barking curses
Like a long-ago professional
Now addled and uncared for
Perhaps living in one of those tents
Scattered across Union Station lawn.

Regardless of all the high-toned talk this town produces
I pass another set of half-staff flags
Fluttering over patrons at the Dubliner
And it turns out they’re lowered not for Buffalo
But the one million COVID-19 dead
We have so many plagues these days
Heart disease, cancer, car crashes, overdoses
I pass another homeless man
This one under-handing chunks of crumbling curb
At parked cars and think
Nah, not paranoia; just time to retire
And move
Somewhere.

If you would like to have your poem considered for publication, please send it to sandrabeasley@earthlink.net. (There is no remuneration).

The King of American Wine