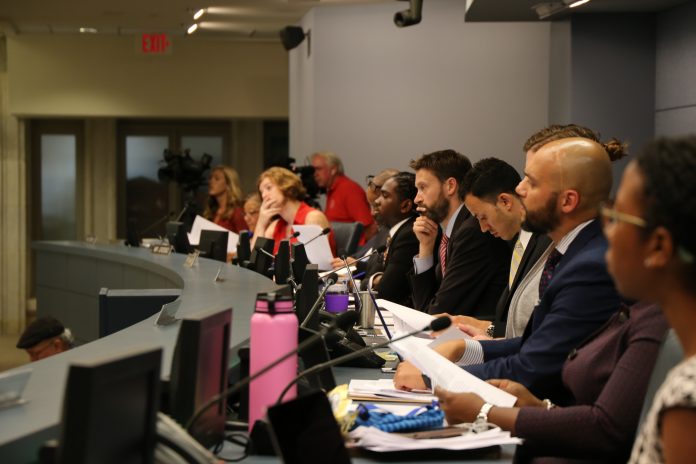 Last month, the DC Council unanimously passed the Revised Criminal Code Act, bringing to close a process that lasted 16 years. I know from meeting with Ward 6 neighbors and scrolling social media that there’s been a fair amount of discussion about the revised code, including some confusion (and let’s be honest, misinformation) about what it is and what it isn’t.

The Revised Criminal Code Act (RCCA) is the product of an independent commission tasked by the Council way back in 2006 with modernizing, overhauling, and improving the District’s laws regarding all criminal conduct. The commission’s final product was approved unanimously by the US Attorney’s Office, the District’s Office of the Attorney General, the Public Defender Service, and two distinguished professors from the Georgetown University and George Washington University law schools. All parties agree with 95 percent of what is in the 450-page bill, with that last five percent making up most of the debate recently.

The final bill represents an enormous amount of compromise and agreement. No one, myself included, thinks this is the perfect bill. There’s no way that could ever happen in a bill that represents our entire criminal code. But all parties also understood how important it was to get this done.

Why? Because our current laws are a mess. Since Congress first created the District’s criminal code in 1901, it has never been comprehensively revised. That makes us an outlier – most states have been through this process. We have charges that are poorly defined or have no clear definition at all — for example, simple assault, one of the most charged crimes in the District. Some offenses have a mandatory minimum or degrees of severity, while others do not. Sentence maximums are all over the place.

According to a recent analysis ranking state criminal codes, DC’s is one of the worst in the nation. This makes it harder to arrest, convict, hold accountable, and rehabilitate the people who do harm in our community. The revised code addresses these shortcomings.

It creates consistency by adding penalty degrees for all serious offenses, with degrees escalating as the harm increases. This will help everyone from attorneys to judges to juries better fit the crime with the punishment. And because it clearly defines each offense at multiple levels, it will make investigations and arrests easier by removing so much uncertainty left by our current laws.

The bill gets rid of nearly every mandatory minimum sentence, a damaging and outdated practice that does little to make us safer. And while it removes extreme maximum punishments that are rarely used, it brings sentencing in line with what judges actually hand down in court. Importantly, it strengthens our gun laws, particularly for repeat offenders and anyone carrying dangerous assault rifles, extended clip magazines, ghost guns, or carrying a weapon while awaiting trial. It even creates a new offense and penalties for firing a gun in public. The Council also maintained the carjacking statute with significant penalties and maximums above what judges are sentencing today.

Finally, none of the provisions of the RCCA go into effect for three years to ensure there’s plenty of time for our law enforcement, prosecutors, defense attorneys, and the courts to prepare for the changes. Additionally, as the RCCA slowly (over the next decade) returns the right to a jury trial — a fundamental legal principle — for misdemeanors facing jail time, we will need the Senate and the President to address our judicial vacancy backlog; or make DC the 51st state so we can fix it ourselves.

The RCCA is a strong reflection of DC values. It creates a set of laws that are consistent, fair, and hold anyone who does harm accountable. That isn’t the case with our current laws, under which two different people can, and often do, receive different sentences for committing the same offense. I’ll also point out the spike in crime we’ve endured for the past two years has taken place under the status quo, not the RCCA. It has taken place with outdated and extreme maximum penalties. It has taken place even as the District maintains one of the highest incarceration rates in the nation. DC residents deserve better.

No matter what you hear about the RCCA, I want you to know it is good for our city and was created with input and collaboration from all sides. It takes violent crime very seriously and maintains penalties close to or higher than what judges sentence now. The Council voted unanimously twice to approve the revised criminal code because it will move our criminal justice system to be more fair and more consistent, and in doing so, earn greater trust from the community it serves.

Charles Allen (D) has served as the councilmember for Ward 6 for two terms and has just been reelected to a third. He chairs the DC Council’s Committer Judiciary and Public Safety.