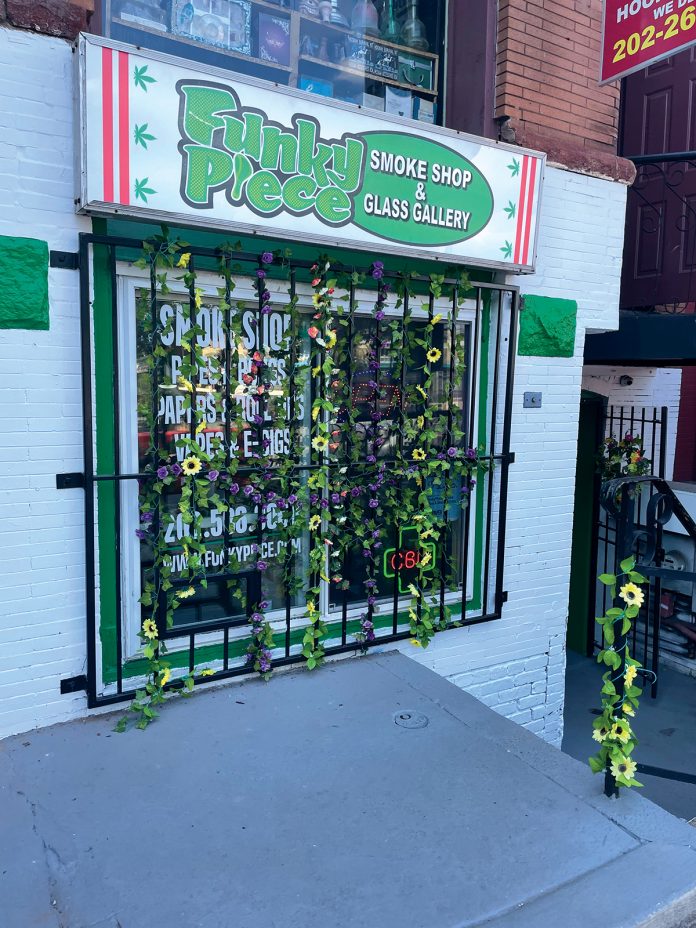 Mayor Muriel Bowser’s (D) haphazard effort to gain control of DC’s spiraling illegal, gray market for marijuana has been quietly halted after the mayor and her top aides appear to have apparently had a Hamlet moment: “To be, or not to be.’’

With entrepreneurs crowding to cash in on the cannabis gold rush, the so-called I-71 market, named for the referendum that legalized personal use, possession and exchange of cannabis, appears to have grown too big to shut down. Capital Community News’ recent Spotlight DC-funded investigation found single storefronts grossing as much as a quarter million a month. More importantly, from the point of view of those running them, the more than 150-plus I-71 businesses employ a significant number of District residents.

The planned Alcoholic Beverage Regulation Administration (ABRA) Joint Cannabis Task Force, comprised of eight District departments and agencies, was scheduled to begin inspecting the I-71 stores after Labor Day. The week before, according to government and industry sources, the mayor’s office quietly pulled the plug.

“I’ve heard that Josh Lopez was hired by the so-called I-71 businesses, and his connections with the EOM (Executive Office of the Mayor) stopped the Task Force,” said DC Council Chairman Phil Mendelson (D), an advocate of enforcement, who has been grappling with the cannabis legislation since last winter and who has oversight over the DC Dept. of Consumer and Regulatory Affairs (DCRA) and the two new agencies that replaced the agency as of Oct. 1.

According to council and administration sources, after the mayor’s office was contacted by Lopez, John Falchiccio, the mayor’s chief of staff who doubles as Deputy Mayor for Planning and Economic Development (DMPED), directed Task Force Coordinator, ABRA Director Fred Mosally to put the effort on hold. Mosally relayed the order to then-DCRA Director Ernest Chappah and the “roll-out’’ of the Task Force stopped. Mosally had announced the creation of the Task Force the first week of August.

Falchiccio, administration sources say, is the only person empowered to make that call for Mayor Bowser. Lopez and Falchiccio’s long relationship dates back to early days of the Mayor Adrian Fenty’s (D) administration. They worked together for much of the past eight years for the Bowser administration. Neither Falchiccio nor DMPED’s spokesperson replied to questions about the enforcement pause. 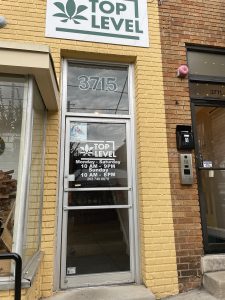 Lopez’s name comes up as a “Registrant” in the Board of Ethics and Government Accountability (BEGA) Reporting Search tool for District. However, a search returns no records matching his name under any of the headings.

“I-71’’ is the term created by cannabis entrepreneurs, who claim to be legally operating under the provisions of Initiative 71, passed by voters in 2014. The referendum legalized recreational and medicinal use of marijuana in the District but permitted personal possession of no more than two ounces and the non-commercial exchange of up to an ounce.

These entrepreneurs offer services and goods for sale. Any purchase is accompanied by a “gift” of cannabis. The businesses claim this is sanctioned under I-71, since the weed is not being “sold.”

In September, Capital Community News (CCN), in partnership with and funding from Spotlight DC, published an investigation of 60 I-71 storefronts. Of the 60 stores identified, 31 appeared to be operating without a Basic Business Licenses. 29 had business licenses on record with the DC government (28 current and one expired) and only 35 of the 60 shops had Certificates of Occupancy. Reporters were unable to clearly establish whether all of these businesses were collecting sales taxes.

A typical cannabis dispensary, the CCN investigation found, maintains an inventory of multiple pounds of weed. Possession of such amounts, with the exception of District District-licensed medical dispensaries, remains a felony under city law. The Task Force inspections, therefore, might have triggered criminal as well as civil enforcement. 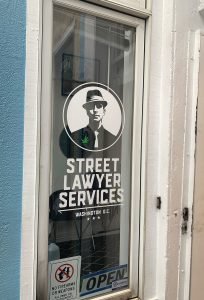 Political observers speculate that Bowser wants to avoid the chaos that would ensue from caused by shutting down more than 100 I-71 businesses that operate in the District. In the wake of criticism of the national War on Drugs, locking up gray market entrepreneurs on felony drug charges is not a good look.

Moreover, the effort threatened to put hundreds of DC residents out of work just weeks before her November re-election.

“If something dramatic is done, there will be thousands of people who lose their jobs,’’ warns Maryland attorney Lonny Bramzon, owner of Street Lawyer Services on H Street NE. “I see a lot of people thriving from this, and their families, too. A lot of Black and Brown people are building careers and building communities around this.’’

Bramzon’s shop “gifts’’ weed in return for donations to his business.

“I’m concerned that we are ignoring the reality on the ground,’’ says Bramzon. “If all the gifting shops are shut down, there will be people all over the streets trying to sell weed . [ . . . ] That would create problems we are trying to avoid here.’’

The Sound of Crickets

Much of DC government has also gone silent on the subject. ABRA’s spokesman, who was responding to questions prior to the pause in enforcement, is directing reporters’ questions to the Mayor’s office, which has been slow to respond. Calls and texts to Falchiccio were not returned. Questions submitted to the mayor’s office remained unanswered at the time of publication.

The loudest silence is coming from DC Metropolitan Police Department (MPD). Chief Robert Conte refused requests for an interview and forbid his District Commanders from commenting. In the past Conte has been vocal about the negative impacts of I-71 businesses on public safety.

Due to the primarily cash nature of cannabis commercial transaction, security at stores is tight. According to sources within MPD, Conte was concerned police officers accompanying the I-71 enforcement effort might could  encounter armed guards. In addition, as sworn officers, police would might be compelled to arrest entrepreneurs found with multiple pounds of weed in their possession.

Talk of “riots and mayhem is just scare tactics,’’ says Chair Mendelson. “If we don’t act now, it [the I-71 market] will get bigger,’’ he predicted. “And, the bigger it gets, the harder it will be to control.’’