Representatives from the DC Department of Transportation (DDOT) were expected present their plans for installing protected cycle tracks on I Street SW. They cancelled their appearance at 3 p.m. on July 18.

The project would place two protected bike lanes on the stretch of I Street between Seventh Street SE and SW, removing parking for most of the south side of the road. Parking will remain on both sides of the street only between Wesley Place and Delaware Avenue SW.

DDOT issued a Notice of Intent (NOI) on June 24, which indicates the details of the plan has been finalized.

According to the Notice of Intent (NOI), about 190 parking spaces will remain after the plan is implemented, DDOT stated. The NOI does not include information on the total number to be removed.

The installation of Protected Bike Lanes (PBL) is pivotal to achieving a totally protected network for cyclists of varying ages and abilities, DDOT stated. According to District data, 11 cyclists have been injured on the stretch since 2012.

The project, originally focused on I Street itself, now includes bike lanes on Seventh Street SW as well, linking I Street and Maine Avenue SW, providing protected lanes all the way to The Wharf. This may impact the new development planned at 807 I St. SW as well as the pickup/drop-off lanes for the Goddard Preschool on the east side of the roadway. Advocates and opponents to the plan from the community expressed their views before commissioners themselves weighed in.

Advocates stressed the dangers of cycling in the District, claiming that the safety situation on I Street was dire. They attacked Commissioner Lightman in particular, faulting her for earlier characterizations of cycle tracks as ageist and sexist infrastructure catering mainly to young men.

Opponents stressed the impact on seniors, particularly the future residents of the Westminster Church Project. They expressed concern about the dangers posed to seniors crossing the lanes after being dropped off by for-hire vehicles. They also objected to plan’s impact on the Amidon-Bowen Elementary School’s pickup-drop off (PUDO).

All the commissioners started their individual remarks with their support for protected cycle tracks. However, they collectively expressed their disgust with DDOT’s public engagement. The agency, they stated, had not conducted a block-by-block examination of the impact of the project on I Street. Moreover, the NOI had been issued before the commission had been accorded “great weight.”

Secretary Weiss spoke for his colleagues when he termed DDOT an untrustworthy partner that does not honor its public commitments. Treasurer Collins pleaded with cycle advocates to respect their opponents. Stop the nasty comments and respect neighbors, he urged. “We have advocates who are willing to go to the nth degree to denigrate the comments of others,” he said.

“DDOT has not listened respectfully or treated the commission respectfully,” Collins continued, citing the agency’s earlier interaction with the commission regarding the installation of the P Street Cycle Track. In this instance, he objected to the agency’s lack of consultation with stakeholders such as Westminster Church, Amidon-Bowen Elementary School and the Goddard School.

“DDOT does what DDOT wants to do, period,” echoed Commissioner Litsky. “Regardless of what we pass, DDOT will do precisely what they want to do. They have “intent,” but they don’t “consult.” It will not make one whit of difference what the commission does this evening,” he stated. He faulted the agency for ignoring an earlier promise to consult with the commission on a block-by-block basis.

“I totally get this,” stated Vice Chair Kramer, citing her longstanding participation in cycling. “What is disturbing is that we can create a wedge issue in this community,” she opined. “I don’t know what the solution is, but I was looking forward to talking to DDOT on a block-by-block solution. We are not trying to sabotage it. We are trying to come to something that serves the entire community,” she said.

Commissioner Lightman pointed out that the plans most recent iteration made no accommodation for the PUDO in front of the Goddard School on Seventh Street SW.

Chair Daniels narrated at length the commission’s years of dealing with DDOT, citing the difficulties he had had in securing a traffic light at I Street and New Jersey Avenue SE as well as the parking fiasco the cycle tracks on First Street SE had created. The agency, he stated, had never properly accorded the commission “great weight.”

Commissioners unanimously voted to express their opposition to DDOT’s I Street Plan.

807 Maine Avenue SW
Mill Creek returned with an update on its plans for 807 Maine Ave. SW, the site of the Disabled American Veterans building. After consultation with a negotiating team from the commission, the developer had modified its original plans. The single cut curb is now moved 20’ to the south to allow better maneuverability for trucks and dedicated parking for delivery vehicles. The green space planned for the south side of the property has been increased 34 percent. This also allows for wider sidewalks.

The developer also outlined proffered public amenities including 17 percent inclusionary zoning, funding for the expected cycle track in front of the structure on Seventh Street SW, a $100,000 contribution to neighboring Jefferson Academy, another $100,000 check to the Southwest Business Improvement District to support its Mobility Innovation District.

A vote on the project is scheduled for September’s meeting.

Other Matters
MPD First District Captain Kevin Harding and Lieutenant Megan Mulrooney briefed the commission on public safety. Commissioners commended MPD for its handling of the recent shooting at Wharf.

The commission voted unanimously with Commissioner Hamilton abstaining in support of modification of consequence to the Randall School Planned Unit Development (PUD). The change allows the Rubell Museum to create a restaurant and café in the school’s western wing as well as a PUDO on First Street SW.

The commission voted unanimously to support a modification of consequence to the PUD for 300 K St. SW. The project replaces a parking lot just south of the Southwest Library. The developer shared plans for the renovation of the interior courtyards linking the three buildings to the south. Commissioner Kramer was authorized to testify.

The commission unanimously to:

ANC 6D meets at 7 p.m. on the second Monday of every month. The commission does not meet in August. Their next meeting is Sept. 6. For more information and links to join ANC meetings, visit www.anc6d.org. 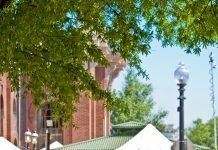 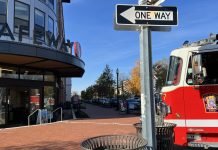