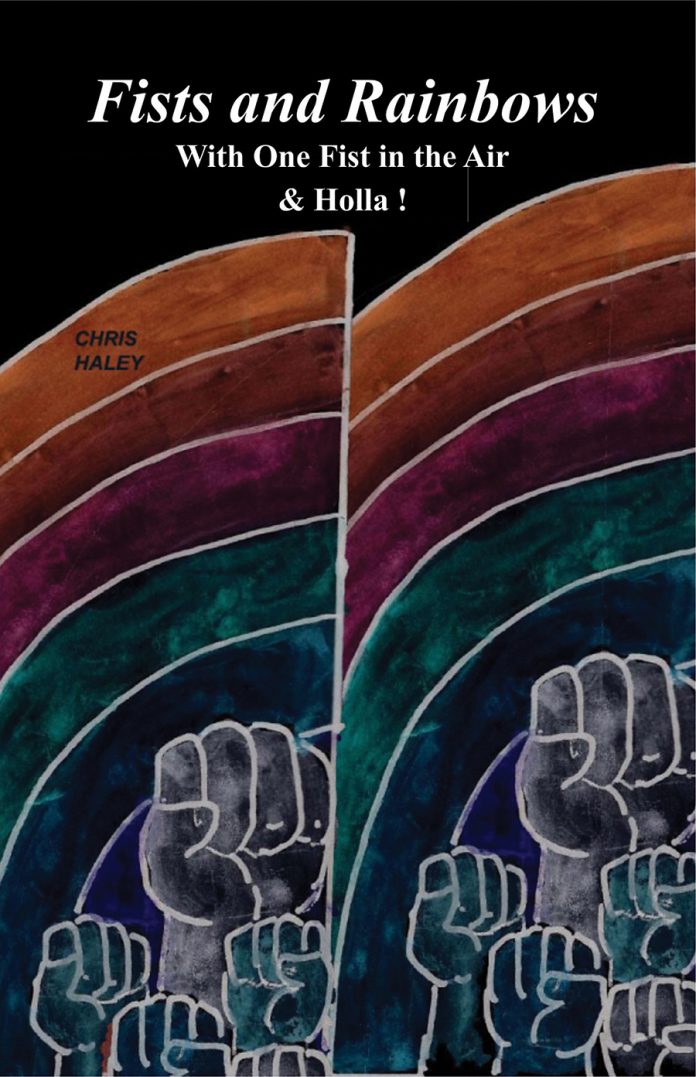 Chris Haley has published two previous books of poetry ‒ “Obsessions” and “Until the Right One Comes Along” ‒ and has just issued a new illustrated collection. In “Fists and Rainbows,” from which the poem below is taken, Haley presents his work in two sections: “With One Fist in the Air” and “Holla!” In the first, he addresses sociopolitical themes, calling out hypocrisy and white privilege, raging at bigotry and racism and prodding the painful realities of slavery. He also exhibits flashes of wry humor, as in “The Man at the Deli,” where he relates an incident when a customer calls out his preferred cheese: “White American!” “There followed a rush of silent stares,” he writes, “Because in this country, / It sounded surprising to state that need.” 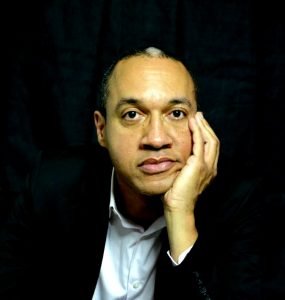 “Holla!” takes a more personal tone, focusing on joyously defiant gay sensuality, on love and lust, on disappointment and heartbreak and on missed opportunities. “The love of my life, / I let him go,” he writes. “But until you’re through, / How do you really know?” Whatever his subject matter, Haley’s voice is strong and vibrant, conveying an intensity that draws you into his poems and compels you to listen to him. As he notes in his introduction, “As painful as it has sometimes been, I have never felt more alive than when I was aflame.” Find more at www.chrishaleyspeaks.com.

Jesus Had a Name for You

“Government, stay out of my business;

Tell others what to do!”

Does that declaration ring odd to you?

Tell others what they shouldn’t do.

Don’t get married to the same sex.

Decide which women’s rights we should respect.

Keep our freedom from another’s independence.

Rail against others who kneel for equality,

When it was the founders’ violence

Which burned King George in effigy, and

The destruction of bags of New England tea,

Which sparked this land of liberty!

How you shamelessly claim

I know you hate education and CRT,

But the ignorance of your actions,

The deafness to your words –

Live Jazz is Back at Mr. Henry’s