Exposed interior brick walls are a popular design choice in many historic houses, and buildings across DC. The rich variety of color and texture in old bricks can set the tone for chic and inviting interior spaces. Although most homeowners focus on aesthetics, it’s important to remember that interior brick walls are structural and need to be treated with care.

The brick wall visible inside the house is not only attached to, but is an integral part of, the brick wall outside because they are one and the same. Houses in Washington built before 1920 have what are known as “load bearing” walls. That means the strength of the bricks themselves hold the walls in position. These structural walls are generally three brick widths thick, with bricks laid at ninety-degree angles to ensure optimal structural integrity. They are fused together with a lime-based mortar that contains fired lime, sand, and shells.

Originally, brick walls inside historic houses were covered with lath—or wooden strips attached to the wall–covered with multiple layers of plaster. Over time, plaster tends to fail and crack, separating from the lath and the brick wall behind it. When plaster has reached the end of its life, this is a prime opportunity to expose the brick wall underneath.

If a brick wall is covered in plaster, it can easily be removed, but must be done carefully. The bricks underneath are soft; they have a firm exterior but tend to be spongy and crumbly inside due to age and weathering. Aggressive removal of plaster can damage the faces of bricks. Plaster removal should be done carefully by hand with small chisels.

Plaster removal is inherently messy and will generate a tremendous amount of dust. Before commencement of plaster removal, seal off the work area with plastic tarps taped to the walls, ceiling, and floor to contain dust. Place damp towels at the bottom of door and window openings to help with dust intrusion.

Once plaster is removed from a brick wall, the mortar that was originally placed in the joints between the bricks will need to be replaced. Lime-based mortar is the best option, because it will replicate the strength of the original mortar used. It will also complement the historic bricks in both color and texture.

Following the installation of new mortar, exposed brick walls should be carefully washed to eliminate any residual dust. Application of an opaque or non-shiny sealer will give the wall a uniform finish and also help minimize dust in the future.

After an interior brick wall has been cleaned, tuckpointed, and sealed, it is important not to punch holes in either the brick faces or the mortar. If hanging pictures on the wall is important, consider installing a picture molding instead. Holes in exposed brick walls are not structurally sturdy enough to accommodate heavy frames. Dust from the holes can also be a nuisance.

Although exposing an interior brick wall might seem like a tempting project, it is wise to consider hiring a contractor or masonry professional to handle the job. This will ensure pleasing and lasting results. 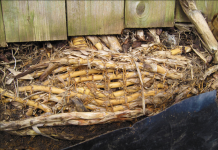 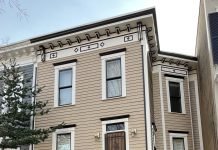 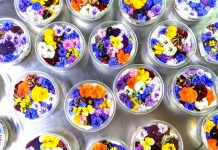