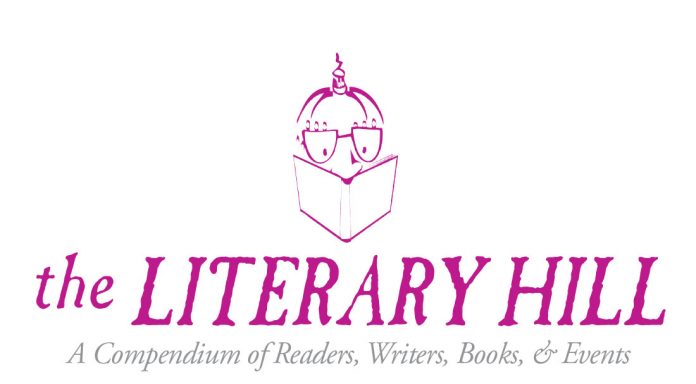 Getting to the Point
An early 17th-century explorer described it as “a site where heaven and earth converged to frame a place perfectly designed for the enjoyment of humanity.” Carol McCabe Booker heartily concurs. Her new book, “Cove Point on the Chesapeake: The Beacon, the Bay and the Dream,” is both a paean to this bucolic bayside community just 90 minutes from Washington and a thoroughgoing account, complete with photographs, of its long and sometimes dramatic history.

Booker’s stories cover every facet of Cove Point’s saga, from the building of its lighthouse in 1828 to its current-day flood mitigation plans. In between are tales of shipwrecks and riptides and, especially, of the people who settled there, including a Russian princess who founded a colony of expatriates in the 1930s and a colorful Maryland state senator who tried to turn Cove Point into “the Atlantic City of the South.” “Well,” Booker wryly observes, “not really.”

During World War II, Booker tells us, the area was used as a staging ground for amphibious landings. Children whose families vacationed there relate how kids were kept off the beach during practices and warned not to go near the foxholes in their yards. In the 1950s, the “party animals” descended and several of them share reminiscences about the idyllic summer vacations they enjoyed ‒ at least until an engineer decided to excavate their pristine sands for minerals, an enterprise that eventually went belly-up.

Developers took their toll over the years, but it was the establishment of a liquid natural gas plant in the 1970s that “was enough to scare the barnacles off some of the crustiest neighbors.” Today, Booker notes, the gas tankers sometimes drown out the geese, but she nonetheless continues to revel in the “mystic beauty” of the area where her husband, renowned journalist Simeon Booker, was the first black man to purchase property in 1981.

Recent developments, such as the raising of structures above flood level and a gradual transition to solar and geothermal energy, are, she writes, “signs of a community both serious and optimistic about the future.” It’s clear that, whatever the challenges, Cove Pointers will do their best to meet them.

Carol McCabe Booker is a retired journalist and lawyer whose previous books include “Shocking the Conscience: A Reporter’s Account of the Civil Rights Movement,” co-written with Simeon Booker, and “Alone Atop the Hill: The Autobiography of Alice Dunnigan, Pioneer of the National Black Press.”

The Heart of DC
At 29, Samuel Meckler is the youngest waiter at the Tadich Grill, a magnet for politicians located halfway between the Capitol and the White House. His high-powered clientele can be a challenge, but he does his best to keep his head above water and his nose clean. “I’m like a sponge,” he asserts, “unassuming in my duties but able to soak up twice my weight.” When he’s not toting trays, he takes long walks in Congressional Cemetery to process his observations into an epic poem, a “literary project [that] is slowly piecing itself together on the page.”

“A Firm State of Heart” serves as the title both of a new novel by Bob Gilbert and of  Samuel’s work in progress, which the young poet envisions as “an attempt to find an idealistic way through this messy muddle America finds itself in.” He sees himself as a latter-day Walt Whitman, “a poet in a digital age,” whose goal is nothing less than “seeking the foundations of a new cultural order.”

In the meantime, he parties and parries with his three roommates in their Capitol Hill townhouse, becomes the friend (and lover) of a beautiful DC news anchor, is set up by the Lithuanian ambassador and arrested by the FBI for possible subversion, gets suspended from his job, starts selling pot in a trap house full of dope dealers and pursues his dream woman on the Metro. Just when things can’t get any more chaotic, DC goes into pandemic lockdown. Samuel pleads with the virus: “Hey, COVID / Slip me some time / Wait until / A Firm State of Heart / Is complete / Until then / Hang out, be cool.”

“A Firm State of Heart” is an episodic coming-of-age novel about a young man trying his best to find meaning in life (“That’s a poet’s job,” says Samuel) and to maintain his values in the face of Washington cynicism. It is Hill writer Bob Gilbert’s fourth novel, following “Mintwood Place,” “The Shady Elders of Zion” and “Green Goes Forth.”

The Hill Is Cookin’
Back in January, food writer and Hill Center board member Bonny Wolf issued a call to local denizens. “Do you have a family dish that’s everybody’s favorite?,” she asked. “Would Thanksgiving be disappointing without Aunt Betty’s sweet potatoes?” She invited cooks from all over the city to submit their recipes for inclusion in a cookbook.

This month, the Hill Center celebrates its 10th anniversary with the publication of “A Taste of Hill Center: Recipes from Our Community Table.” The book follows in a tradition that began in 1864 with a cookbook sold to raise funds for Union soldiers wounded in the Civil War. That same year, what is now the Hill Center was commissioned as DC’s first naval hospital to treat wounded Civil War sailors and marines.

For the 2021 book, Wolf has compiled more than 140 recipes from Michelin-ranked chefs, Hill Center cooking teachers, artists and potters and home cooks from across Washington’s diverse neighborhoods. To get your copy of “A Taste of Hill Center,” go to www.hillcenterdc.org and search “cookbook.” Proceeds will help support the center’s operations.

Journalist Bonny Wolf was a food commentator for National Public Radio’s “Weekend Edition,” hosted NPR’s food podcast “Kitchen Window” and wrote a column for the Washington Post. She is also the author of “Talking with My Mouth Full: Crab Cakes, Bundt Cakes, and Other Kitchen Stories.”