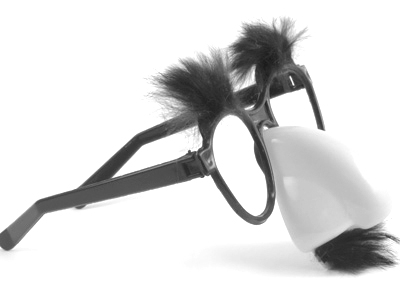 Dear Readers, it has been long months since The Nose put pen to paper. Yet, inspired by recent events, after fortifying himself with a brown medicinal libation he has girded his loins to wade again into the Wilson’s Building’s turbulent cesspool.

While DC may be politically kneecapped by the prejudices of its Congressional minders, who shrilly sing hosannas to the founders of our republic while simultaneously denying District citizens the most essential civil rights, within the tiny confines of this polity, democracy flourishes in each Advisory Neighborhood Commission (ANC) enshrined at the city’s heart.

Reporting on ANC meetings is not for the fair-weather correspondent. Topics range from the most mundane of matters, such as the placement of curb cuts, to the esoteric heights of the planned unit development (PUD). Deliberations are complicated by District agencies clamoring for free airtime and the loquaciousness of the commissioners. Remaining awake through these lengthy, often tedious proceedings to gather a few nuggets of interest requires the consumption of vast quantities of Oreos washed down with liberal amounts of Diet Coke.

Yet, one cannot help but salute these unsung heroes. Overworked, advisory neighborhood commissioners form the lowest rank of the District elected. They police our polity, ensuring it remains, in the famous words of one former Ward 6 pol, “A livable, walkable city.” As important, their meetings provide an accessible forum where residents can voice their concerns. The only benefit to serving as a commissioner is a placard warding off the District’s rapacious meter maids.

For more than two decades, Gottlieb “The Cyclist” Simon has served as the director of the Office of Advisory Neighborhood Commissions. In the pre-pandemic age, he would cycle from one meeting to another, dodging the SUVs of the suburban commuters that clog the city’s roadways.

Employing a dry wit and exercising enormous self-restraint, The Cyclist famously shepherded his charges with gentle chiding and incisive wisdom. Most importantly, he established financial safeguards to ensure that commissioners did not splurge public dollars on crayons and adult beverages. As parliamentarian, he oversaw countless elections, adjudicating disputes with the skill of a proverbial Solomon, although this writer never witnessed him presiding over of the division of an infant.

Imagine The Nose’s surprise when he received an official communication from the office of At-Large Councilmember Robert “Candidate for Life” White (D), informing him of The Cyclist’s retirement. This unexpected missive left The Nose and many commissioners scratching their heads. What was more surprising in White’s letter was the absence of any details involving an official send-off.

Has civilization in the District descended so low that elected officials cannot properly recognize the legacies of hardworking civil servants?

Do its finances no longer allow the purchase of commendatory placards?

Have the keys to the city been misplaced?

Has the Candidate for Life forgotten the simple phrase, “Thank you for your service?”

Quite frankly, in the opinion of this poor scrivener, anyone who sat through as many commission proceedings as The Cyclist should either be canonized or knighted. While Councilmember White does not possess such authority, a simple Council resolution might do the trick.

In its absence, The Nose asks his readers to don their aluminum beanies. Imagine the District’s politicians, ANC commissioners, fellow scriveners and political wags all gathered in the smoky upper bar of the old Hawk’n’Dove to celebrate The Cyclist’s retirement.

Suddenly, the clear, dulcet tenor of Councilmember Charles “Boy Scout” Allen pipes up. To a famous tune from “Oklahoma,” Allen sings out:

(The audience joins in)

He can finally rest,
Leaving his official cell on his desk,
ANC finances have never been so clean!

Then a grizzled ANC commissioner stands up on his hind legs to intone:

“Folks, we are gathered here to moan
And groan over the departure of our former director,
Who resigned and rode off on his bicycle leaving us bereft.”

Then there’d be weepin’ and wailin’ …
(From the audience. Then he’d say)

“Gottlieb was the most hardworking man in this here District.
People used to think he was a simple bureaucrat and they called
him dispensable and a detailed bean counter.”

“But the commissioners that really knowed him,”

“Knowed that under that bike helmet he always wore,”

“There beat a heart as big as the entire District,
As big as the Big Chair.
Gottlieb Simon loved his Advisory Neighborhood Commissions
And he loved his commissioners, every one.”

In The Nose’s humble opinion, Candidate for Life should host a retirement party for Simon. Recognizing the countless miles the director logged in his pursuit of the public good might earn White a few votes.