Walking east away from the Capitol, some very tall grass waves in the afternoon winds. The reeds really catch your eye, as they are over 12 feet high sitting in the middle of a Capitol Hill front courtyard, where normally you would see a water fountain or a Victorian urn.  It takes your mind to the prairies and is a mesmerizing meditative focus, if only for a moment.  In this COVID year, it is a nice reprieve and as it turns out, it is the product of the COVID time.

The Reed Grass of the Chickasaw House
At the corner of Fourth Street and East Capitol Streets, SE, sits a red brick Victorian house with a charming front yard.  Like many Capitol Hill homes, it is historically important and continues to provide service to our nation.  Officially the house is named the Piominko House and it has been owned by the Chickasaw Nation since 2013. Piominko was a strong leader of the tribe in the 18th century, negotiating with George Washington among others.  He signed the 1786 Treaty of Hopewell that formalized the tribe’s alliance with the US government.  Today’s tribe, headquartered in Ada, Oklahoma, is the 12th largest federally recognized tribe with 49,000 members.

The house was owned by Charles Blackwell. He bought it in 1998 when he was appointed the first Chickasaw Nation ambassador to the United States and the house was considered an embassy for the tribe.  Today, it is used for tribal business but during the last two years, according to Lacey Clark, Senior Project Manager for the Chickasaw Nation, very few have traveled to Washington during the pandemic. “I was really surprised to see how tall the reed grass has grown this year,” says Lacey from a photo sent to her in Ada, Oklahoma.  “I don’t think the grass has ever gotten that tall, but it may not have been cut back this spring.”

Lacey says the tribe tries to plant all the outdoor spaces of their buildings with sustainable plants that fit into their environment and can thrive without too much care.  “We often use different grasses in our gardens,” she says.  Karl Foerster is of European origin first recognized in Hamburg, Germany in the early 1930s.  In 2001, it was the first grass ever chosen by the Perennial Plant Association as the perennial plant of the year. At the time it was described as a perennial that is good looking, long lasting, and undemanding.

“We thought the grasses would give some shade, and a reminder of home when the

reeds blow in the wind and,” says Lacey. “It is also a pollinator, which is great.” The Karl Foerster grass is considered a cool season grass, which means it grows most in the spring and fall, when temperatures remain in the 70-degree range.  Normally the reed grass adds height to a garden space, growing about five feet tall.

Public Spaces and Grasses
For several reasons, ornamental and native grasses are a great choice for public spaces. They require little maintenance and many continue to look good throughout the year.  According to a recently released booklet by The Garden Club of America, Going Native, creating healthier Gardens with Native Pollinator Planting in Zone VI, the time is now to plant as many native plants as we can.  “The judicious use of native plants can sequester carbon and manage watersheds far better…and only native plants can support the food webs and pollinators necessary to sustain a vibrant ecosystem.”  The booklet suggests five native grasses that include switchgrasses, Little bluestem grass, Pennsylvania sedge, and Northern Sea oats grass.

Several Capitol Hill public parks are using grasses to fill space and bring height to the garden.  At the corner of North Carolina and Eighth Street SE, the memory garden for Kim Brenegar hosts several clumps of ornamental grasses on the edges of the park.  The Park is a partnership of DC Parks and Recreation, Green Spaces for DC, and Friends of Kim Brenegar.  Kim was a Capitol Hill resident and owner of The Ornamental Garden. She died in a car accident in 2009.  The Park is steps from where she lived and she had volunteered hours and donated plant materials to keep the corner garden going.

In the Navy Yard, there are many different types of grasses being used by the Department of Transportation for road and sidewalk projects.  With over 300 grass species to choose from, picking a sturdy grass is easy.  It was always the plan of the Navy Yard real estate developers to tie together the different plots of gardens by using grasses and sedges. The grasses are a lovely contrast to the rocks and walkways and project a wild natural feel to the space.  As Michael Stevens, the Capitol Riverfront BID President, notes “keeping the parks and open spaces clean, maintained, and accessible for all,” has always been a guiding goal. But seeing how essential the parks and Anacostia River became to Navy Yard residents during the pandemic has really brought home their value and importance to life in the neighborhood.

When it comes to your own garden, Gingko’s Gardens carries a great variety of grasses. They range from short Blue Fescue to the Karl Foerster. Gingko’s also carries a number of The Garden Club of America’s native suggestions.  Plants last for two or more years and will require little maintenance once planted.  The grasses are reasonable in price ranging from $5 to $40.

So, the next time you walk past tall grasses on an afternoon stroll, take a moment to appreciate how much they contribute to life on the Hill.

Rindy O’Brien is a long-time resident of the Hill, and appreciates the historical connections. She can be reached at [email protected] 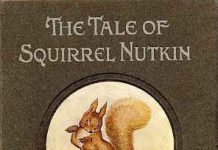 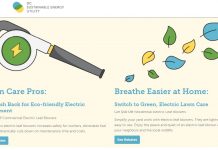 Blowing in the Wind

Spend a Morning of Stewardship at Kenilworth Park