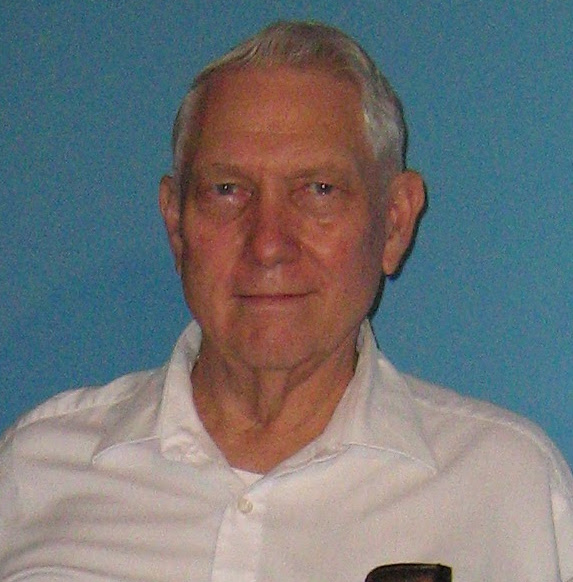 Every neighborhood needs a silent woman or man who believes in the future of the neighborhood and the future of its business community. Capitol Hill has been blessed with many such leaders over the decades. One such woman in our community was Margot Kelly who we lost earlier in September. Another was Larry Quillian who we lost in late September. Different people but both believers.

I must say here that when you speak of Larry Quillian, you are speaking of the Quillian family because that’s what it was. Carol, Mary, Alan and Larry. I knew that whenever I spoke to Larry, I was speaking to all four. They were always a team and as I write, when I mention Larry, I am including all four members of his family.

In the late 1960s and ‘70s, when many were leaving the city for the suburbs, Larry was doubling down and continuing to invest in the future. The 600 block of Pennsylvania Ave., SE was the frontier for many. Not so for Larry. “This will be the future commercial center of Capitol Hill.” You look at our neighborhood today and you think that was a no brainer. Not true. As late as 1998, many of us were not sure where we were headed.  Larry never wavered.

He explained to me that “commercial Capitol Hill” was like a wagon wheel. Eastern Market Metro plaza would be the hub and the spokes were Market Row, Barracks Row and the east and west spokes of Pennsylvania Ave., SE. A revolutionary thought to me since, at that time, I thought the Hill began and ended with the 200-300 block of Pa. Ave. SE.!

Larry settled on his first property the day after the 1968 riots. He never looked back. He developed a few more properties and began playing in a late-night continuing poker game with a few shady Capitol Hill characters. One of those characters was Henry Jaffe of Mr. Henry’s fame. Larry collected a number of Henry’s poker markers. He went to him and said, “I love you Henry, but I need some security for these markers.” Henry basically gave Larry a first right of refusal for Mr. Henry’s Capitol Hill, just the business because Henry did not own the property.

At some point, Henry needed to sell, and Larry cashed in the markers and added some cash and he was in the restaurant/bar business. Almost immediately, the building owners approached Larry and wanted a significant rent increase. Larry said, “No problem, I just bought a building down the street (613 Penn. Ave.) and I will just move Mr. Henry’s there.” The owners of the building backed off and cut a deal with Larry and he bought the property.

In 1983, Capitol Hill was emerging from a devastating real estate depression. My brother Dale had just bought a small firm on the Hill (BW Real Estate) and we needed more space. There had been this hardware store at 603-605 Pennsylvania Ave. that had closed and left Capitol Hill for Brookland. During the holidays, Christmas trees were sold there and now, in March, it was empty. Jack Mahoney introduced us to Larry Quillian (now the owner of the abandoned hardware store and Jack’s landlord – Jack’s company, Attorney’s Title, was upstairs). Larry was leasing the first floor and most of the parking lot out back. A handshake and we began a 38-year and counting relationship with the Quillian family.

Whenever Larry saw a need in his neighborhood, he stepped up and tried to fill the void. The growing numbers of young families had no place to go and just buy a pizza. No problem. In the building he had bought as a hedge to save Mr. Henry’s, he opened Machiavelli’s Italian Restaurant. It was a staple for a decade or more for young families who just wanted a nice family restaurant. If I remember correctly, at that time there was no pizza delivery on the Hill either.

The neighborhood then needed a neighborhood restaurant to just go to for an inexpensive Tex Mex dinner. No problem, Larry opened Zapata’s Tex-Mex above Mr. Henry’s. How many nights did we spent there?

Like many other small businesses in our neighborhood, Larry was always there to support us and I will always be grateful. It means so much to me to have known him and grown because of him. He taught me much, but the best was family and neighborhood first…the rest will follow.