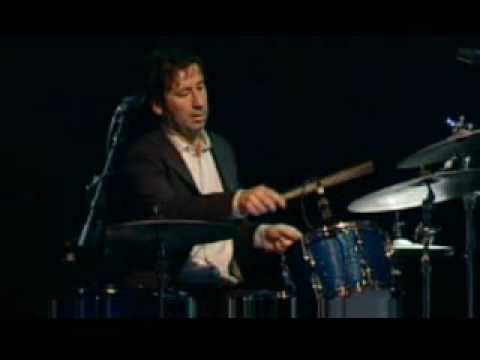 Like many of you, the pandemic disrupted my concert plans in 2020. I had tickets to see singer-songwriter Josh Ritter. Listening to his 2001 release, The Golden Age of Radio, I fell in love with his delicately simple guitar work and moody tenor parallels Bon Iver or Iron & Wine. While the erudite lyricism of his compositions reminds one of Nick Drake and the troubadours of the early 1970s.

In more recent years, Ritter has dabbled in rock. His 2019 album Fever Breaks was produced by Jason Isbell and backed by The 400 Unit. The first tune, The Ground Don’t Want Me, finds Ritter lamenting a life of cards, guns and violence. In the second, “Old Black Magic,” Ritter harnesses rhythms akin to the late Tom Petty to pen a rocker. Listening to these I yearned for innocence of his earlier compositions.

Not to worry. Ritter has a two-night stand at Sixth & I this coming weekend. The show promises to be a trip back to his acoustic roots with program of songs and stories. While the Saturday performance is sold out, Sunday tickets remain available.

In these difficult times, I often turn to vinyl for solace. Recently, Nina Simone’s Pastel Blues has taken up an extended residence on my turntable. Simone’s soulful rendition of Strange Fruit still sends shivers up my spine. Imagine my surprise at discovering a worthy successor.

Hailing from the City of Angels, singer-songwriter Marley Munroe taps the roots of soul and gospel with her sultry vocals. Performing as “Lady Blackbird” on her debut album, Acid Rain, she begins with a cover of Simone’s Blackbird. Munroe’s deep, resonate voice slides silkily over the lyrics, truly capturing the spirit of its composer. A delicately slow interpretation of Bill Evan’s Fix It follows.

Munroe continues her walk down memory lane with a stellar rendition of Naomi Neville’s Ruler of My Heart. Her moody vocals are well framed by producer’s Chris Seefried’s atmospheric arrangement of cello, piano and electric organ. On the next track she takes hold of Seefried’s Nobody’s Sweetheart, a mournful meditation on lost love.

The album ends by going back to the future with the instrumental Black Acid Soul, which would not have been out of place in the late 1960s Village Vanguard.

Andrew Lightman is the Managing Editor of Capital Community News. This periodic column contain musings on his musical discoveries, the intricacies of his audio addiction and latest events in DC’s live music scene.

Lydia Is the Desert Heat