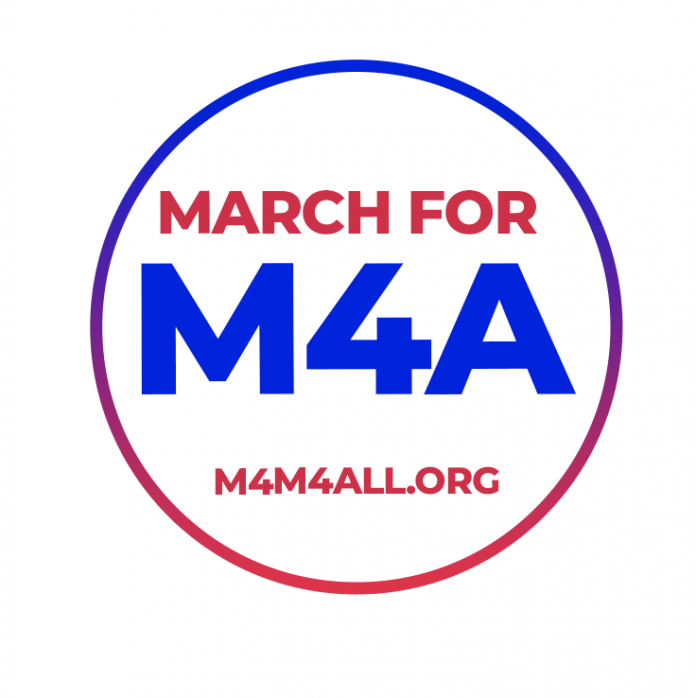 There will be another rally in Lincoln Park Saturday, July 24, and  no –it’s not about the statuary.

It is the March for Medicare For All, and the Lincoln Park event is just one of more than 50 actions taking place across the United States in cities from Tampa, Florida to Bemidji, MiN and from San Francisco, CA to New York, NY.

The march advocates for a single-payer healthcare system free at the point of service to all Americans. Organizers say that if their demands are not me before Friday, August 6, they will file a Human Rights violation complaint with the United Nations.

Organizers vary by state, but are a coalition of groups including the Progressive Democrats of America, Americans for Democratic Action, the Independence Seekers Project, the Sunrise Movement and the Yellow Vest Movement, an American group building on a working and middle class movement that “seeks to address abuses of authority.”

In DC, participants will meet in Lincoln Park starting at about 11 a.m., with speakers beginning at about 11:45 a.m. The National Park Service (NPS) confirmed that the group has a permit for the event from 9 a.m. to 6 p.m.

There will be a march leaving the park at 12:30 p.m. and headed for the Capitol Building along East Capitol, with a return down Constitution and Massachusetts Avenue NE.

The march is expected to arrive in Lincoln Park at 2 p.m. for further speakers and entertainment, including a DJ.

Learn more about the March for Medicare for All by visiting m4m4all.org.

State Board of Education Race