We all have phrases and words that we hate, either because they can be ambiguous, plain incorrect or just sloppy repetition.

My number one bête-noire should be spiked in newspaper and broadcasting newsrooms. The President and other leaders need to delete it from their speeches. Please stop talking about “shots in arms.” I have a feeling that if the COVID vaccination was given in derrieres no one would be saying “shots in bottoms.” Also, in our fair city in particular, no one should be talking about being “shot,” unless it’s for real.

Several turns of phrase, day in, day out, drive me nuts. Weather forecasters have me cringing with their “your,” followed by the day of the week. In response I often shout at the TV, “don’t like that forecast, so swop mine for the one aimed at my neighbor….”

And how many times have I stood in line for coffee at Peregrine, only to hear one after another customers make their “Can I have?” latte requests. You’ll often hear me mutter behind such an offender, “No, you can’t.” For those who are guilty or don’t get my aggravation, all that is required is, “A latte, please.”

And spare me from the diners who decide, “I’ll try….”  How I admire the servers who bite their tongue and resist responding with “And then what, are you going to send it back?”

Among lingo I’m dying to see die out is the plethora of words and phrases used when someone has died. As in “succumbed,” “gone,” “lost,” “departed.” Hearing or reading that someone has “passed away”—the most common euphemism—always brings back the memory of when, as a cub reporter on a local paper (back home in Yorkshire) I, along with other young colleagues, had to help proofread the death announcements. We were told off severely by the “real” proof-readers—both old enough to be our grandfathers—that it was not a laughing matter and if they heard us giggling as we talked about someone “evaporating” once more they would…. Well, the threat was never actually uttered, as our elders had to fight hard to keep a stern face.

At the risk of being labelled pedantic, in my years as a journalist I have never understood the compulsion to write, say, “for the very first time.” I know, it’s there for emphasis. But it’s used so casually, without thought, that when it could possibly be justifiably used for an extremely rare event, its impact is lost. Much better in that case to say, “It’s hard to believe but this is the first time….”  Another word, commonly used for no-need emphasis, is “own,” as in “he killed his own mother,” or “she found her own sister in bed with her own husband.” You get the drift. 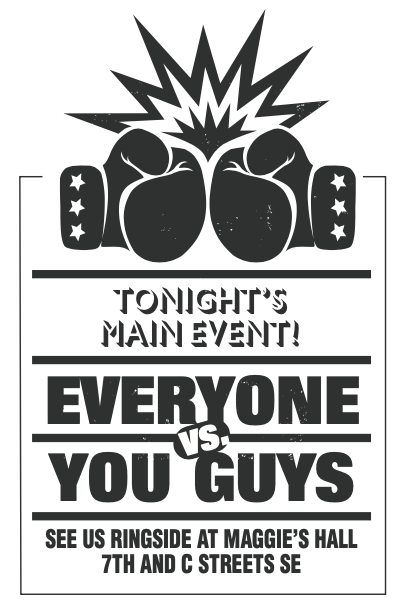 Sad but true, a constant misuse of language (along with grammatical errors like the abused possessive apostrophe) abounds. A glaring example is the invitation for a speaker to step up to the “podium”, when in fact there is no dais to be stepped on. Just a lectern waiting for notes to be set on. Many will argue that common usage means that most realize that when “podium” is used they know “lectern” is meant.  But when have you ever heard of a podium being called a lectern? And it puzzles me why people use “could” when it should be “would” and vice-versa. How not to mix them up was drilled into me as a child with the ditty: “Woody would if Wood could, but Woody couldn’t, could he.”

One get-rid wish is that “everyone” would replace “you guys.” I don’t object to “guys” in a pinch for gender-neutral words, but its ubiquitous usage is pathetic. And how about the person you don’t know and will never come across again, as they take their leave after a brief encounter, uttering “see you later.” And as for “you’re welcome.”  Don’t get me going. It’s uttered with such monotony and lack of feeling most don’t realize they’ve said it. If you want to acknowledge someone who’s thanked you for something, a nod and a smile is enough. Which brings us to the most irritating expression— “no problem.” Again, an utterance, that is used with such meaningless, tedious repetition that it burns the ears to hear it.

Lets’ start a debate – so the Hill Rag can do a follow-up. If you do have a problem with anything you’ve just read, let me know. Better still, what are your lexicon bugbears? Send comments to: whitby@aol.com. Meanwhile, I just hope I haven’t fallen into a verbal trap of my own making in this piece!

Maggie Hall is a retired Fleet Street reporter. Her latest book is All Things Dracula: An A-Z Of The Count Who Refuses To Die. It’s available from all on-line outlets.