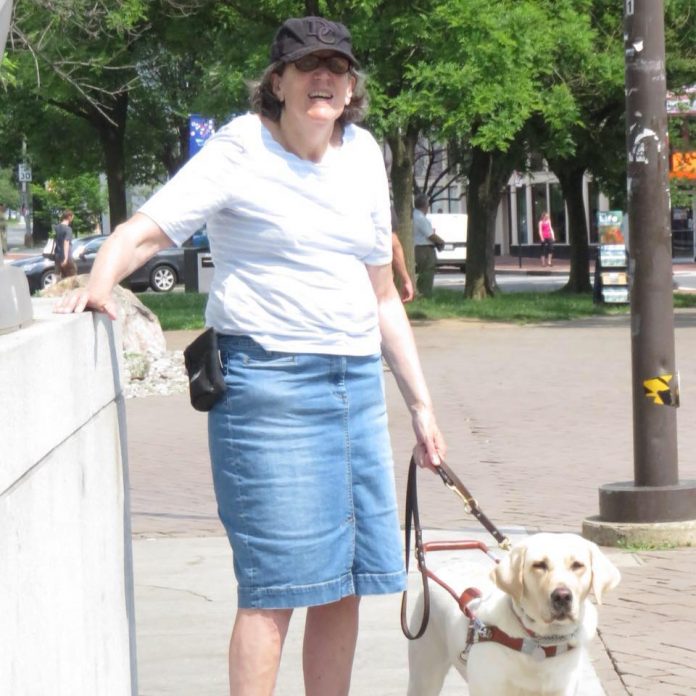 With Barbara’s passing, Capitol Hill lost a neighbor whose presence in the community is not easily replaced.

Barbara was a passionate participant in the life of her beloved neighborhood, and a force to be reckoned with when advocating for any cause. In 2008, Barbara was one of the founders of the Eastern Market Metro Community Association (EMMCA), which promotes the civic interests and quality of life for DC residents who live in the area near the Eastern Market Metro. She served as EMMCA president until 2012.

Barbara made herself heard during the development of the Hine Project and fought mightily to make sure nearby neighbors had a voice in shaping that and other Capitol Hill development plans to meet neighborhood goals. She did not hesitate to reach out directly to locally elected officials to advocate for the neighborhood, and she often organized ANC and City Council election forums to help her neighbors be informed about the candidates’ positions. It was a tribute to her commitment to the community that even those who disagreed with Barbara often recognized the importance of hearing her insights and perspective.

Her children attended the Montessori program at the Capitol Hill Cluster School, where she was an active parent, including serving as the vice-president of the PTA.  Along with her husband, Thom, and son, Peter, she helped with Troop 500’s annual winter coat drive. She was proud of Peter’s Eagle Scout project, which helped to place benches in the park across from the Eastern Market metro station, and was gratified the park’s recent redevelopment retained them.

Barbara was born in Providence, Rhode Island, the fifth daughter of the late Rita W. (Dwyer) Scotti and the late Dr. Ciro O. Scotti. She was educated at Elmhurst Academy of the Sacred Heart and moved to Washington in 1974 to attend American University, where she earned a degree in international relations and Soviet studies. She began working for Senator John Chafee of Rhode Island as a campaign volunteer in her teens and after college joined his Senate staff. She later worked for Senator Lincoln Chafee.

A lifelong Republican, BSR – as she was known to many – relished the rough-and-tumble of politics but steeped in the decorum of the Senate, was distressed by the crass and craven turn public life in the nation’s capital took in her last years.

That is not to suggest she was shy about trading political punches, especially if her sparring partner was named Thomas Riehle, a staunch Democrat but highly regarded nonpartisan pollster. Barbara met Thom at a Halloween party in 1985 and as one of her closest friends recalls, the sparks lit up the night. They immediately became inseparable, were married in 1986 in the Scotti Family chapel in Providence, and raised two children, Anna, and Peter, in Washington. Both Thom and Peter predeceased Barbara.

Barbara’s tenacity as a community activist and public servant was matched only by her physical courage. Throughout her life, she battled serious illnesses repeatedly and despite all odds, she prevailed. And she did so without a whimper. Over the years, her vision deteriorated, but aided by her faithful four-legged friend Nell, she still shopped at her cherished Eastern Market, held court at her Capitol Hill rowhouse, and traveled back to Rhode Island.

Barbara loved the beach, and she and her family spent summers in Narragansett, RI, where her idea of bliss was a humor-filled cocktail hour (perhaps spiced up with a bit of gossip) and a steamed lobster. Like her mother and Aunt Alice B. Dwyer, Barbara had an innate elegance, a hearty laugh, and an unmatched sense of fun.

To her friends, Barbara was a wonder of liveliness and kindness. To her brothers and sisters, she could be exasperating, funny, combative, self-effacing, and loving all in the space of five minutes, but never dull. To her nieces and nephews, she was a sympathetic ear, an endlessly caring aunt who could always be relied upon. To her husband and children, she was a font of loyalty and boundless, selfless love. For those lucky enough to have these close relationships, Barbara’s deep lovingness changed their lives for the better.

For all she touched, though, Barbara was one thing: extraordinary.

Barbara is survived by her daughter, Anna, whose graduation from Georgia Tech with an MS and an MBA Barbara was able to witness in her final hours: three sisters, Paula Shevlin of Jamestown, RI; Elena Scotti of Southwest Harbor, Maine; Alicia Scotti Mandel of New York City: four brothers, all of Rhode Island, Ciro Scotti of Matunuck; Frank Scotti of Jamestown; Peter Scotti of Cranston; Joseph Scotti of Jamestown: 23 nieces and nephews. Barbara was predeceased by her brother N. David Scotti and sisters Maria Scotti Chapin and Rita Scotti.

A funeral will be held in Rhode Island in May, and a memorial service will be announced at a later date. Donations in Barbara’s memory may be made to the Holy Comforter/St. Cyprian’s Community Action Group, Capitol Hill Village, Guiding Eyes for the Blind, Capitol Hill Montessori or an organization of your choice. 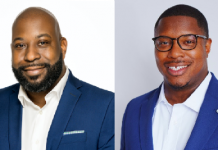 Uncovering the History of the District’s Buried Streams