The winners are in!

In celebration of April as National Poetry Month, the Ward 6 Dems sponsored Words Matter, a poetry contest open to all residents of Ward 6.

Entries responded to the following question in the form of a poem: ‘What does DC statehood mean to you?’

two Senators, one Rep each.

Query: Why not us? 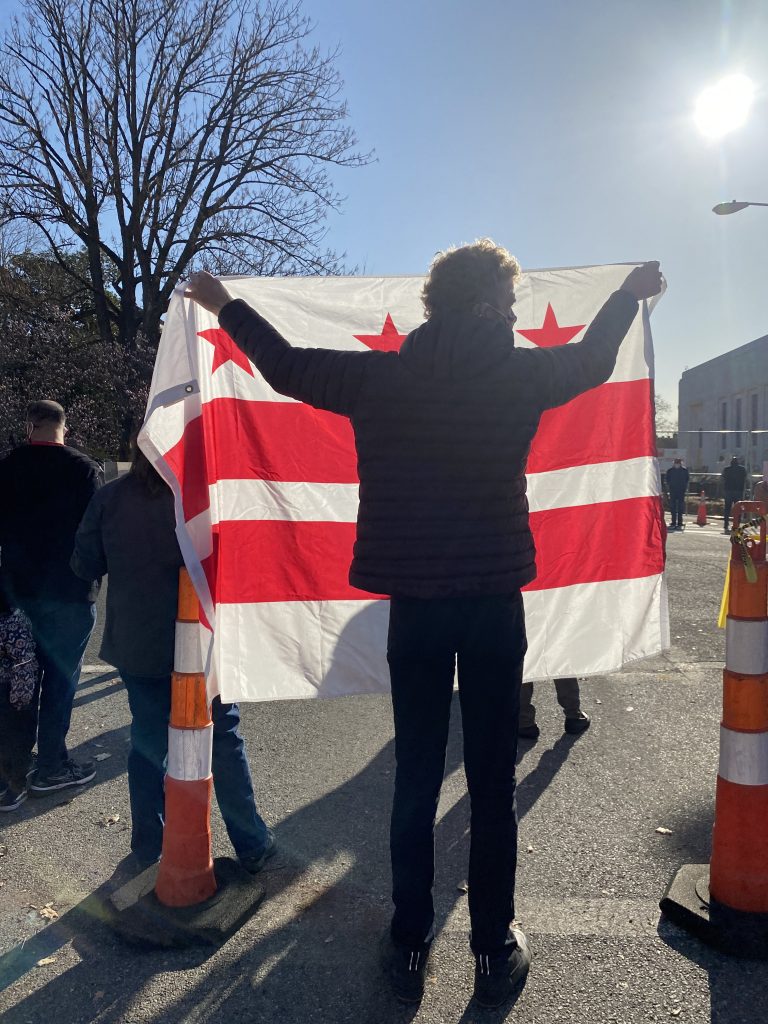 One More Would Be 51 By 9-year-old Drew Avery Muie, a Third Grader at Payne Elementary School

Statehood, oh statehood, what could it mean?

A fish from an ocean or an apple from a tree?

Although statehood cannot be those two things,

DC can be as loving as Virginia and as tasty as Maryland’s crab cakes.

Cherry blossoms, mumbo sauce this is where they make the laws.

Washington, DC is the best thing a state could possibly be.

Come and see because it’s important to me. 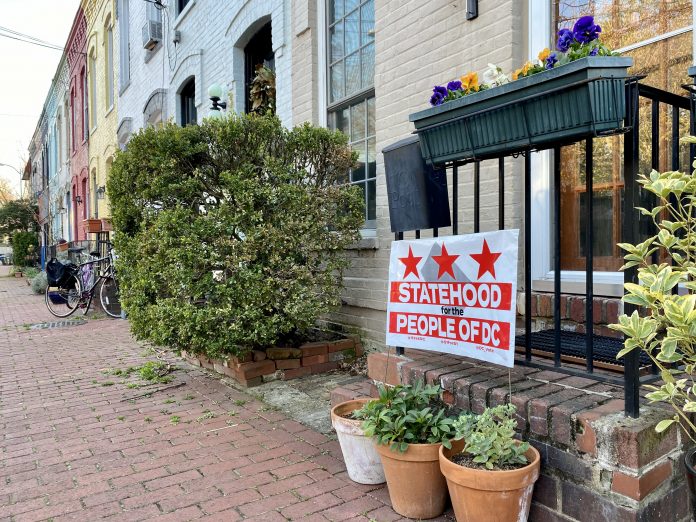 The State of My Statehood by Tori Collins

Like unfinished wood, the District of Columbia can survive indoors or outside of the House.

We prefer to be on the inside, to be included.

We prefer to vote and have it count.

It isn’t a question of politics.

It is answering the question of politics with basic fairness,

Solving issues that taught us civics.

Statehood means being seen in America, being heard in America and,

Simply put, it is Freedom, Equity, Honor, and Respect.

Acquiring these truths is and has been a self-evident uphill battle and often,

an unlikely climb up the ladder through the rings of Congress.

Nevertheless, those like me in the ‘hoods named after Barracks for Marines, Yards needed for the Navy, Hills with no Caps, Triangles with many corners and all things George;

It is because we have hope.

It is because we are diligently waiting for the door to open.

I am patiently waiting for the state of my hood to one day be 51 shades of statehood good.

And we will continue to make down payments on policies, elections and decisions without representation until we have proper documents which will transcend evolution.

Statehood for me is like a big blockbuster movie set to premiere on Independence Day, the whole world can stream it, watching it from handheld flat screens.

It is the result of merging just action with the right vision to leave behind a country better than the one we were given.

and below, by Kathleen O’Reilly:

WHAT DC STATEHOOD MEANS TO ME long living in ward six,

where my eyes long

to look up and see that 51st star fly on flags saluted by our city’s soldiers who are – even in battle – from full representation barred, even as with pride and love of this country risked their lives. Maimed. Taken prisoner. Died.

where my ears long

to celebrate statehood one sultry summer night from the Barracks stands. Marine band playing Sousa marches chosen mere blocks away from where composed. Now I hear Duke Ellington’s voice in mood indigo blue tell Congress what it must do: “Our democracy don’t mean a thing if statehood don’t swing, Doo-ah. Doo-ah. Doo-ah.”

where my nose longs

to smell burning sage signal a symbol of statehood turning a page for Chief Powhatan whose spirit’s known to still trace space in Botanic Garden, sacred from past time there spent, mere speck of his territory once vast. Pained uncontained from portraits installed on Rotunda’s walls nearby; Native peoples cast as passive, daughter Pocahontas depicted stripped of her name. Shameful images intended to perpetuate policies of removal indefensible. Rightly resisted as reprehensible. Rebutted by starkly opposite actions and transactions of Natives, thousands then living right here. Statehood approval under that same roof belated pointedly indirect proof; or at least a start with art’s symbolic removal.

where my mouth longs

to erase sour stinging taste of Constitution embraced to justify opposition. Masks tight-fisted control over our city many claim their rightful role, unrepentant of a largely colonialism racist remnant. Shirley Chisholm wisely warns: surely statehood’s no swift solution. Segregation stains remain in our city’s prolonged economic inequity. Affordable housing’s geographic misallocation, uneven education, basic needs of Wards 7 and 8 unheeded. Educator, first African-American woman in Congress, first woman and first African-American presidential candidate, perfect inspiration to articulate our Resolution: “That 51st be the state first to make those ideals real for its citizens – each and every one.”

where my feet long

to celebrate statehood touching Cedar Hills grounds, stunning view down the Anacostia from once home of Frederick Douglass. Might we adopt his words powerful and insightful for our statehood fight? “No American now has a skin too dark to call Washington his home, and no American has a skin so White as to deny us our rights.”

Long has DC statehood made sense.

Mitski: Saved By The Music