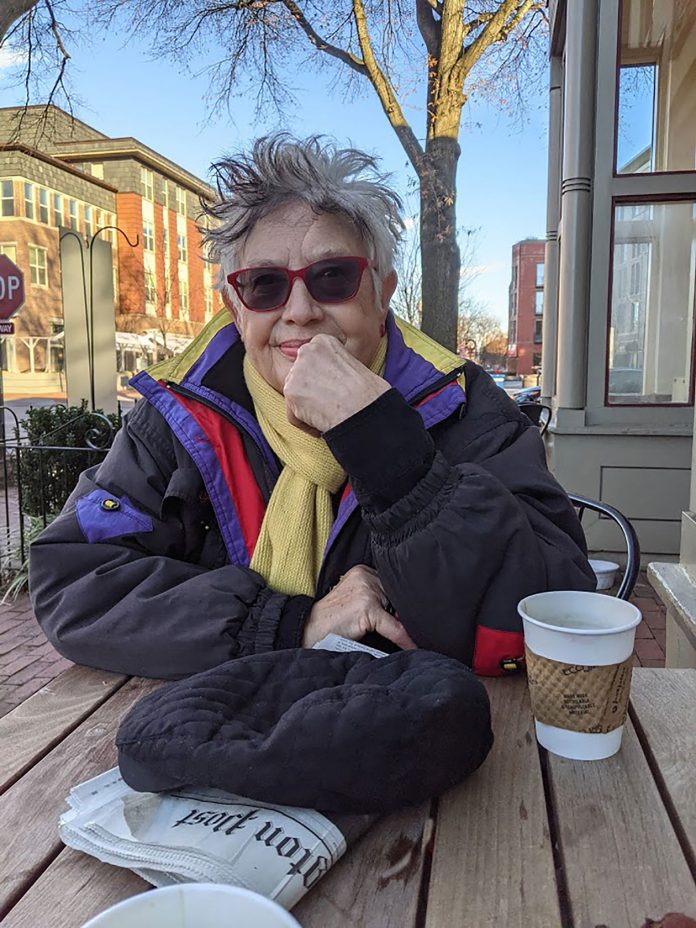 There’s so much to reflect on these days. As the dreaded-lurgy zooms on (pun intended) and seismic waves from the political earthquake erupt, everyone has different thoughts and ways to cope.

The New Year dawned with a relief that was palpable, as the “Here comes the vaccine” message was released. Well, that light that was supposed to lead us to the end of the tunnel of fear, despair and death, flickered and spluttered. And just as we began to think there was no escape from the desperate need to get out from under suffocating masks and staying hug-less, another fear was launched, drowning us in a toxic mix. The unhinged horror of the insurrection meant a twin assault on our lives. The Perfect Storm of a dual pandemic, one a physical disease the other a mental battle, plunged us into an unprecedented, depressing unknown.

My personal reflection of the darn virus (as opposed to the political upheaval) is a perspective that I don’t expect to get much sympathy for. Let me start by stating: I am fine; I enjoy reasonably good health; I have no job to lose; no business spinning into bankruptcy; no addictive person wrecking my life; no children struggling in a wilderness of online learning. In fact, I have good reason to celebrate. Or should have. This month I hit 80.

But–and no explanation needed–the grand plan (that was going to be nothing more than a rowdy Friday birthday night in the pub with chicken wings and nachos) is cancelled. Last October I’d planned to enter the geriatric world with an early birthday present to myself. I booked a trip of a lifetime. A two-month adventure, starting out with a voyage from Los Angeles to Shanghai, taking in Hawaii, Guam, South Korea and Japan, before boarding the Trans-Siberian Railway for a three-week train trek through China and Russia. That did not happen. I thought I would compensate by going on a fall road-trip that would culminate in seeing my cousin in Toronto. But dear Canada wouldn’t let me in. Anyway, the virus was getting so vicious it was not safe to be going anywhere that involved an overnight stay. Then I decided my big day would be marked by a winter trip to either the Italian island of Pantelleria or Surinam in South America.  Surely by then –- i.e. now — the pathway to moving around the world would be free of the virus.

As you will surely have gathered, my COVID grievance is that travel is a complete “no go.” Many are affected. But when you’re suddenly an octogenarian (which sounds like a grim condition – which, of course it can be), it really matters. To put it bluntly: the true-meaning of a “bucket-list” is rammed home.

I’m not a big hobby person, but if I had to come up with one I’d say it’s planning trips. A mantra, for quite a few years, has been ”Do it now while you can still put one foot in front of the other and hurl a small duffel around unaided.” I’ve stopped devouring the travel pages of newspapers or watching TV programs that whiz you off to magical places. I want to go to them, not fantasize about them. And how I miss scouring the vacation rental sites for studio apartments in rarely heard about places. As pathetic as it sounds, I can’t stand doing any of that for the simple reason that I don’t know when I’ll ever be able to take off again. Virtual reality does not do it for me. Neither does the current vacation slogan: “Dream now. Go later.” My day-dreaming days are pretty limited.

At the same time, I am weary of reading and listening to the columnists and talking-heads about the raging, anger-filled, divisions in our society. I know what I think, what I feel. And I’m sick to the core of the implosion that has made it unwise to venture out on the days a DC protest is slated. And on that topic, I have a birthday wish. I hope I live long enough to see what the history books have to say about the Trumpism plague.

But in the midst of my doom and despair I do have a couple of immediate things to be grateful for. I have a closet jammed with polar gear. So, while the inside ban is in place, I can happily sit outside any bar and cafe in comfort. And, yippee, I am getting an early birthday gift. I’m booked in somewhere. No, not an out-of-the-way, log-cabin hideaway, on top of a mountain overlooking an ocean. The day before I say “bye-bye” to my 70s, I get my second COVID jab (thank you, Kaiser Permanente). Now, that will really be a shot-in-the-arm….