Hours before he was supposed to present his design in the competition to create the public art for the newly renovated Eastern Market Metro Plaza (EMMP), artist Jay F. Coleman scrapped his design. A clay and plaster miniature had been created and painted in bronze, but he had been hit by what he calls a “eureka moment”.

“I thought: I’ve got this idea, I’ve got to do it,” Coleman said, reliving those few hours. “I was feeling it so, so strongly —I had to do it.”

So Coleman dropped the original design, a figure of a woman cradling a basket designed to convey themes of marketing and nurture, and started a new design just before it would be presented.

He was right to follow his feelings. He won the commission.

Coleman’s sculpture, entitled Loveful Hands, is slated for placement on parcel 4 of EMMP in a space that will rise into the view of passengers exiting the station via the escalators.

The maquette for the piece depicts two hands pressed together, fingers curled and thumbs pressed at the balls to form the shape of a heart. The model was constructed so quickly that Coleman didn’t have time to place the final joint of the fingers on one hand. For Coleman, the sculpture represents not just hands. As a symbol embraced by youth, Loveful Hands also represents new forms for communicating with one another and new ways of coming together.

It was not the first time a sudden decision to take a risk paid off for Coleman. Just six years ago, Jay F. Coleman took a different sort of plunge. Coleman, who has a Masters in Special Education in addition to his MFA, worked as a teacher, a special education coordinator and principal. He stepped away from his career as an educator to pursue a career as a full-time artist. “If you’d asked me ten years ago if I’d be making bronze sculptures featured in front of a metro station, I’d have laughed you out of the room,” Coleman said.

A Family of Creatives
Born into a family of District creatives, Coleman is the grandson of composer and concert pianist Ethel Ramos Harris. He began painting at around two years old, copying works he saw around him, falling in love with realism.

Coleman lived in Southeast and Northeast DC, commuting across town for school. It was that daily trip that he said was his real education, teaching him about the city’s different communities and the ways he would have to interact with them, code-switching as he crossed the District. “It gave me an interesting education, because DC has always had a dichotomy and been polarized in a way. But to me, it’s always been the capital of the world. I am a proud Washingtonian.”

Drawn to realism, Coleman found it difficult to find a mentor, entering the Corcoran School of Art and Design and then an MFA at Howard in a period when abstraction was much more in vogue. He went on to teach, but never stopped creating, painting and sculpting as well as joining a hip hop group and a reggae band before he made the leap into art full time.

Hands, Coleman says, are perfect for representation. With roots as a self-described “portrait guy,” Coleman said he loves painting faces. ”But to me hands, even more so than faces, are  more universal when we’re speaking a human language,” he said, noting that while hands can tell you something about the work they have done, they don’t betray phenotypes in the way faces do.

Something to Be A Part of
The space designated for the sculpture on EMMP is five feet in diameter, and Coleman would like to cast Loveful Hands to take up as much of that footprint as possible, so large that people could climb into the sculpture to be photographed, surrounded by the work.

He visualizes the sculpture not only as a meeting point but as a landmark. Like the newly renovated EMMP itself, he wants the sculpture itself be a destination, something people seek and feel instantly a part of.

Such a large sculpture would still be smaller than his other public sculpture incorporating hands: “Communessity,” a cast bronze sculpture depicting a “fist bump,” popularized by President Barack Obama during the 2008 presidential campaign. That cast bronze sculpture, measuring six and-a-half feet in length, is located at Barry Farms Recreation Center.

Both projects were in part facilitated by the Department of General Services (DGS) Percent for Art program. One percent of the cost of large-scale construction projects in the District is set aside to fund the commission of original works.

The Real Work of Art
Coleman’s work can be found in public spaces all over the District, from his murals outside the Dupont Underground to his relief sculptures in the Howard Walk of Fame. He is currently working on murals for three different District schools, in addition to private portrait commissions. It is his dream, he said, to have a piece in every quadrant of the District.

“When I make something in bronze and it’s in this city, it means so much to me,” Coleman said. “For something to be on the street in DC, where Washingtonians that I grew up with, and people that I’ll never meet and never know I did it —if all of them can be moved by this piece —I’ve done my job.”

Coleman wants to be remembered not just for his art but for his dedication to his craft, his constant push to refine his abilities. “There’s always somebody better,” he said. “I try to hone my craft, my skillset. I want to get better at anything I’m doing.”

Coleman tells interviewers and his children the same thing: he wants to be known for his work ethic, for the work he puts into his art, rather than his art work.

He wants to be known for a different set of loveful hands. 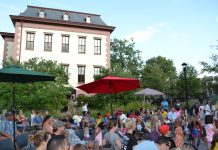 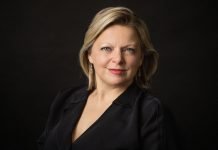 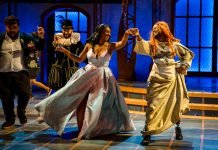