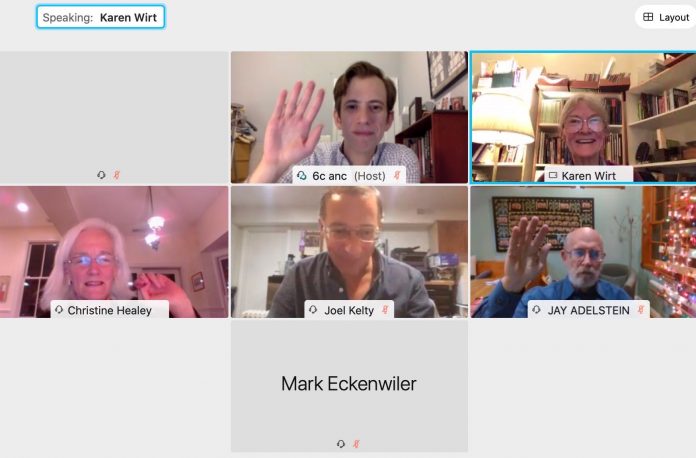 The Boiling Crab (400 H St. NE) filed a license application and is applying for a restaurant license. There will not be a bar and only beer will be served. The restaurant has also applied for a stipulated license which would allow them to operate during the 45-day public notice period prior to being issued a new license. The ABL committee voted unanimously to support the stipulated license if the settlement agreement is reached.

Additionally, Red River Grill (201 Massachusetts Ave. NE) is applying for a games of skill license which would allow them to operate the gaming devices within their restaurant. At the committee meeting, O’Neal reported that members voted 4 to 1 to protest this application and O’Neal appointed himself as the representative from the ANC to oversee this.

Ethiopic restaurant (401 H St. NE) submitted a Public Space Occupancy Permit Application for an enclosed sidewalk cafe. They plan to establish a semi-permanent structure and use vinyl for the enclosure. The committee verified that the tables would be accessible and that they would only operate during hours approved by the District.

Kwan also provided informational updates on the Boiling Crab which plans to open a 48-seat sidewalk cafe during their business hours (noon to 10:00 p.m. daily). The restaurant also plans to move its large outdoor trash receptacle to an indoor location.

The Office of Planning (OP) proposal would establish new regulations for accessory buildings such as sheds, garages and carriage houses providing guidelines of permissible height and location requirements. Shed height restrictions include a nine-foot height limit. Additionally, it will set limits of 20 feet for carriage houses not including a parapet.

Additionally, OP proposed to reduce the requirement of garages and accessory buildings to be built 12 feet from the centerline of an existing alley to seven and a half feet. The PZE committee voted to oppose this because the rule does not apply to fences.

“The objection was not to the reduction from twelve to seven and a half, but rather the question that the rule does not apply to fences,” Eckenwiler said. “They’re also proposing to exclude sheds from the setback rule, all of which calls into question what purpose this (is) serving.”

Eckenwiler reported that the committee discussed the need to address the ambiguous language in the proposal.

“We think either that language needs to be retained, or that there needs to be some absolutely ironclad language elsewhere, perhaps in the rule of measurement,” Eckenwiler said.

Eckenwiler proposed to be authorized to present a testimony be presented on behalf of the ANC which would adopt the recommendations made by the committee. That motion passed unanimously.

The ANC will meet for its first meeting of the new year on Wednesday, Jan. 13, 2021 at 7 p.m. virtually via Webex. Find the link to the meeting, agendas and more information about the commission at www.anc6c.org.

Sarah Payne is a History and Neuroscience student at The University of Michigan interning with the Hill Rag. She writes for and serves as an assistant news editor for Michigan’s student newspaper, The Michigan Daily. You can reach her at sarahp@hillrag.com.

Wide Variety of Parent Views on Return to Schools