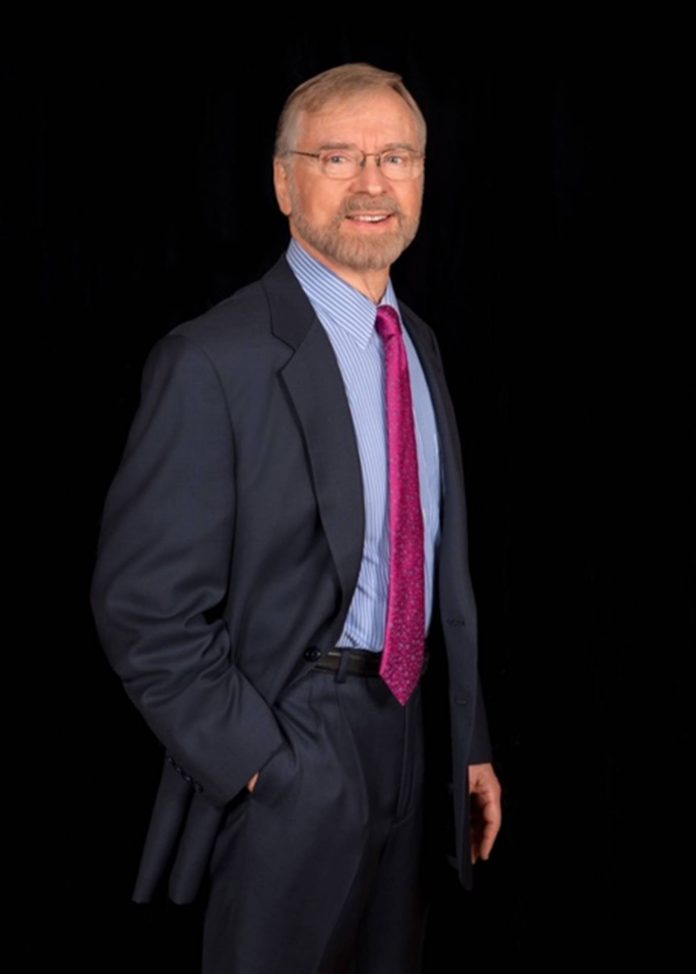 John Franzén, who died November 1, was a longtime resident of both political Washington, DC and the Capitol Hill neighborhood and made enormous contributions to both. As a media consultant, he ran over 300 winning campaigns for office, wrote materials for a huge number of education and environment-focused ballot initiatives, and saw examples of his work placed in the permanent collection of the Smithsonian Museum of American History. Still, he once told an interviewer that working with over 90-year-old Mary Gray to produce a memoir of her family’s life on the Hill from 1840 to the 1930s was one of the most worthwhile projects of his life. He had a deep appreciation of the place which, almost by accident, had become his home.

Growing up one of six brothers on a farm in a thinly-populated corner of South Dakota, John learned to read in a one-room schoolhouse. He was driving a tractor and doing heavy farm work with his father and grandfather by the time he was nine. At high school in Langford, the nearest town, he played the trumpet in the band and was captain of the football team. Always, though, he longed to see a wider world, to live in a place where “conversation didn’t revolve around the weather and farm machinery.”

So, Franzén turned down the opportunity to play football for the University of South Dakota, and went instead to Concordia College in Minnesota, where he majored in English and philosophy, and then went on to graduate work in English at McGill University in Montreal with plans to get a PhD. But, after getting his MA, John instead left Canada for Europe. A visit to a friend in Amsterdam turned into two years working there for a small English-language publisher, time he used to travel and write and think about what would come next.

What he decided to do was to come home and get involved in the political fight to end the war in Vietnam. George McGovern was not yet a presidential nominee but John had met him briefly at the South Dakota State Fair and even credited him with getting his father to change his party affiliation from Republican to Democrat. So he threw himself into work for the fledgling effort, beginning as a volunteer but quickly moving into doing communications in the presidential campaign. In the fall of 1972 McGovern lost in a landslide but John had found his voice.

For the next thirty years, national politics was John’s world. He was, as he once said, more familiar with the 16th congressional district in California, where he ran six winning campaigns for Leon Panetta, than with Capitol Hill where he lived.  He traveled constantly, organizing media for candidates and for environmental groups, teachers’ organizations, and the AARP.  In 1990 he ran the reelection campaign for Senator Bennett Johnson in Louisiana. The ad he made showing challenger David Duke presiding at a cross burning was, he said, “the most negative ad I’ve ever put on the air. Also the ad I’m most proud of.”  Support for Duke dropped by more than one-third in three days.

In the spring of 1999, John was invited by a friend to attend the annual dinner of the Capitol Hill Community Foundation and found himself seated next to Ruth Ann Overbeck, a historian who specialized in local history.  John found her “smart as hell” and “charming.” Six months later Nicky Cymrot, president of the Foundation, called. Cymrot asked him if he would be willing to use his media background to tape some interviews with Overbeck, then very ill but anxious to pass on her extensive knowledge of the neighborhood.  Franzén agreed, visiting with her several times, hearing her account of the life of this place beginning with the Nacotchtank Indians. The last interview was recorded at Sibley Hospital a few days before Overbeck died.

From that almost accidental connection came a whole slew of new projects.  John joined the board of the Capitol Hill Community Foundation and became one of the founders of the Ruth Ann Overbeck Capitol Hill History Project which has recorded over 200 interviews with residents and people with knowledge of the neighborhood.  When a series of public lectures about local history was proposed, John took that on too, planning 57 talks over fourteen years on subjects ranging from the 1864 Arsenal Explosion to Frederick Douglass in Washington to the Breweries of Capitol Hill.

When a group began gathering to discuss the future of the deteriorating Old Naval Hospital building on Pennsylvania Avenue, John joined them becoming, in the words of Executive Director Diana Ingraham, a “founding visionary” of what is now the Hill Center.  John created a fundraising video and recorded the voice-over for it and also served for a time as president of the Board.  Concerned that the future of the Center be secure, John led the effort to create a Preservation Fund, writing individual notes to 400 donors.

In 2008 John met Mary Gray who, encouraged by Overbeck History project volunteers, was writing a memoir of her family’s life on the Hill and her childhood growing up in the neighborhood in the 1920s. Over a period of several years, and along with other Overbeck volunteers, John encouraged her to keep writing, read drafts of the manuscript and then created the Overbeck History Press to publish “301 East Capitol, Tales from the Heart of the Hill” with a photograph of Gray that he had taken on the cover. He accompanied her to book signings and invited her to give one of the Overbeck lectures.  They became close friends. It was, John said, one of the most worthwhile things he ever did.

John Franzén will be remembered not just for these many and lasting contributions to our national political landscape and to the Capitol Hill neighborhood. He once described his early mentor George McGovern as “a wonderful man… thoughtful, articulate, a true patriot, a gentleman.” These words could certainly be said of Franzén as well.  He was a person of unusual dignity and grace, of both seriousness of purpose and great good humor.  He will be missed.

The Life’s Work of KK Ottesen

Great Places for Kids on the Anacostia