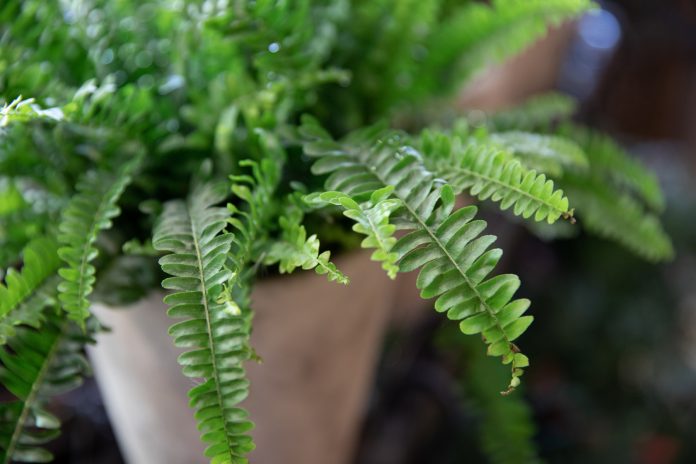 My beautiful Boston fern of many years became so pot-bound that I had to remove it from its pot, cut off the dried mass of impacted roots, and pick about five small fern groups to re-pot. Each had at least one new shoot. Well, it has been 2 months since I brought them indoors, and they seem light years away from the mass of healthy leaves they used to be.

Maybe only months – not light years away. Small divisions will root easily in rich, humusy soil, moderately watered. You can mist them from time to time. These ferns thrive in indirect light – a bit of morning sun, perhaps, is all they need. Now is a good time to have done this. Failure to re-pot could have caused death. They’re resting now, until the growing season starts again.

How long do garden chemicals last? I have a big bottle of liquid iron, and some MiracleGro, acid and base. All are far from new.

Congratulations that you are even thinking about this. You won’t need either the iron or the growth inducing products until spring. In general, chemicals such as MiracleGro stored closed, in a relatively cool (not cold) place, have a shelf life of up to three years — powder or liquid. Pesticides last for two years, unless they were exposed to sun or heat. Now that it’s too late, my advice is to buy garden chemicals in small quantities, unless you know you need a lot.

Isn’t winter the time to prune trees and plants? Our Azaleas are hugely overgrown, and yet my husband is unwilling to bring them back to the right size. Are there rules?

Because pruning is important, you must memorize which trees and shrubs should be pruned while dormant in winter, and which NOT! Here is a general rule: if the plant flowers before June 1st, prune it during or shortly after flowering. If the plant blooms after the first of June, prune it in late winter before flower buds appear. So December is not the time to prune your overgrown Azaleas!

However – there are rules, and there’s common sense. Perhaps your Azaleas should be pruned now anyway. They will lose much bloom next spring – but it’s a Hobson’s choice you are free to make.

Are all Azaleas really Rhododendrons?

Their leaves and branches differ slightly, and Azaleas are deciduous, while Rhododendrons are evergreen. Their flowers differ, too.

The next public meeting of the Capitol Hill Garden Club occurs on January 12, 2021 at 7:15 pm on Zoom. Meetings are free and open to all, by invitation. Membership and Program Topic details are at capitolhillgardenclub.org. 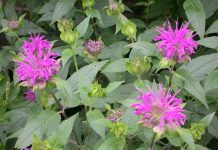 How Realistic is A Beehive-Friendly Hill Garden? 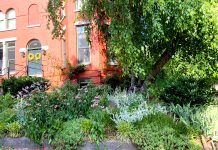