If you love Indian food but balk at recipes with pages of steps and an endless list of exotic ingredients, Varu Chilakamarri hears you. “After a long day,” she writes, “the last thing many of us have time for is prepping and soaking lentils overnight, grinding spices and nuts into a paste, or stirring hot milk on the stove for hours.” So the busy DC attorney has produced a cookbook that offers shortcuts without sacrificing flavor. 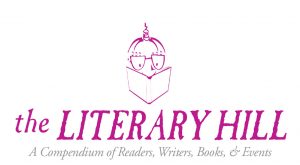 In “Indian Cuisine for the Busy Vegetarian,” Chilakamarri presents more than 60 illustrated recipes for chutneys, curries, lentil and rice dishes, and desserts, many of which take only a few minutes to prepare and use the same basic ingredients she recommends for stocking your pantry. Her sensible techniques and tips—including how to rescue a dish that’s too bland or too spicy—clearly come from hard-won knowledge.

The intimate essays interspersed among the recipes reveal a girl who grew up preferring American fish sticks to her mother’s spicy lentil stews. It wasn’t until Chilakamarri got to college and law school that she began appreciating Indian food and calling her mother for recipes. Unfortunately, “the techniques were too time consuming and the recipes always seemed to require some ingredient that I didn’t have.” She quickly learned to negotiate—and to look for ways to trim the process.

The result is a cookbook that doesn’t apologize for using store-bought nut butters, steam-in-bag vegetables, or canned potatoes. If you’re a purist with high-toned tastebuds and time to spare, “Indian Cuisine for the Busy Vegetarian” probably isn’t for you. But, having tried a number of recipes myself—and served “Chicken” Korma and Jeera Rice to a very grateful fellow vegetarian—I defy anyone to resist these savory and nutritious offerings.

Confronting Childhood Monsters
Descriptions vary—since no one has ever actually seen one—but everyone growing up in Brocland knows two things for sure about the half man/half beast race known as the Maer: they’re covered in hair and they’re fierce and vicious fighters. So when someone—or something—starts killing off villagers in a gruesome fashion, suspicion naturally falls on the Maer.

In “Hollow Road,” a new fantasy novel by Dan Fitzgerald, a returning warrior named Carl is hired to deliver the body of a fallen comrade to their home village of Brocland. Given the possible dangers posed by the Maer, he enlists the help of two childhood friends to accompany him on his mission. Joining him are Sinnie, an athlete and expert archer, and Finn, a novice scholar working to enhance his supernatural gifts. Or, as Carl says, “We’ve got a real-life circus performer, a fledgling mage with two or three piddling tricks up his sleeve, and a young soldier who spent the better part of this past year camping out in the mud. We’re ready for anything!”

They may be ready, but their world is full of dangers, both real and imagined. It’s up to the intrepid trio to sort it all out and, eventually, to confront the mythology that dominated their childhood games. Are the Maer real? And if so, how much of a threat do they really pose?

The realms that Fitzgerald creates in “Hollow Road” are as captivating as the coming-of-age pilgrimage that Carl, Sinnie, and Finn undertake. Readers could get lost in his sensory descriptions of marketplaces, street troupes, castles, and herbal stews, all of which evoke a medieval flavor. Except that the middle ages never saw talking trees or force fields able to deflect arrows. Or did they? As Sinnie observes, “It seems the world is not quite as we thought.”

“Hollow Road” is an absorbing blend of earthiness and imagination, with appealingly flawed characters who, like the rest of us, are just trying to figure things out and do what’s right. Happily, this is the first book in “The Maer Cycle,” so here’s hoping the adventures will continue.

Dan Fitzgerald lives on Capitol Hill with his wife, twin boys, and two cats. Find out more at www.danfitzwrites.com or on social media @danfitzwrites.

Letters from the Woods
“Too soon is not soon enough” for the animals on a remote island in Lake Huron, who  eagerly welcome back the summer vacationers—especially the children who retrieve the letters they tuck into a tree for them. Too soon is also not soon enough for another installment of the delightful Animal Post Office read-to-me adventure series by William S. Kurtz.

In his latest, “Ollie’s Tale,” the birds, deer, porcupines, and other critters write stories about how they survived the long winter and how they worry over the plight of Ollie the Otter, whose family perished when their lodge was washed away. Or did they?

Some say his kin are simply on a journey; others think they were victims of “two-legs with firesticks.” Ollie is still holding out hope that they may simply have swum away. He takes heart when some huge creatures he encounters tell him that there are indeed animals just like him in the Great Warm Waters of the East. Could his missing family be among them?

In between trying to solve the mystery, the animals go about their woodsy business. Owl provides shelter for Fannie Flicker in his cozy observatory. Mollie Mole organizes a group to gather and preserve nuts and berries for the upcoming winter. Terrance Toad discovers some disquieting facts about a “heroic” ancestor and learns a lesson in gender equality. And Bart Bat proves his mettle to some birds who doubt his flying ability.

These gentle tales feature charmingly individual voices, enchanting descriptions of nature—the shimmering Northern lights, blankets of snow, wildflowers in the spring—and amusing vignettes like Suzie Squirrel complaining about her youngsters tracking sap back to the nest. “Like warblers singing in the morning spruce,” Fannie writes of the island’s visitors, “your voice warms our hearts.” The same may be said of William Kurtz and the Animal Post Office.

Kurtz is also the editor of “Letters from a Soldier” and the author of “Ben’s Tale,” with four more titles pending in the Animal Post Office series. www.wildwoodbook.com.