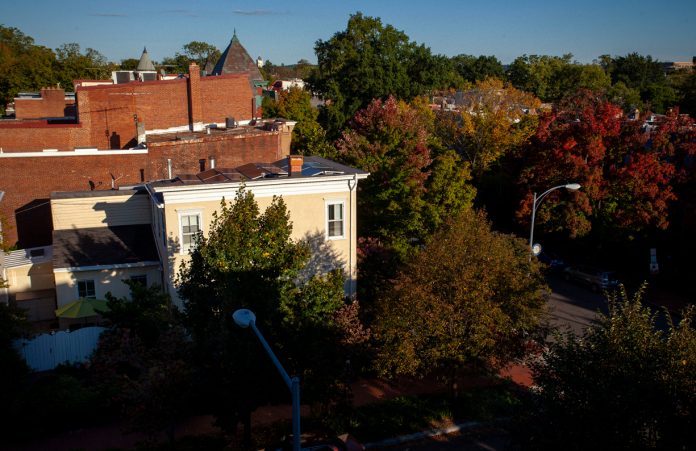 I was completely mystified by a $6.26 check from Clean Choice Energy that arrived in the mail in April. I had been paying Clean Choice a small premium in my Pepco bill to supply renewable electricity from the grid. With my money, they pay wind farms and solar farms to supply the power I use. But why would they send me a check?

The accompanying letter explained that since the solar panels on my roof generated more electricity than we consumed in the previous quarter, they were paying me the difference. That $6.26 suddenly took on real significance. Sure, it wasn’t enough to buy a T-shirt, but it meant that the tiny roof atop my Capitol Hill home had become a solar farm.

Solar farming has turned out to be a profitable occupation for me so far. My only outlay over the first 12 months has been $804 in interest on the home equity loan that paid for the installation — one of several options for paying for solar. In return, I have received a total of $2,900 in recurring payments and savings on my electricity bill. And the IRS gave me a once-off federal tax credit of $6,197. For year one, I’m up $8,293.

Clearly, little checks from Clean Choice do not add up to those kinds of figures. By generating 82% of the electricity my family consumes, we saved $945 on our electricity bill. Even larger were the payments we received for selling solar renewable energy credits, or SRECs. Every homeowner with solar photovoltaic panels can automatically sell these credits through a broker. They are purchased by utilities to meet requirements for locally produced renewable energy.

I will readily admit that a few circumstances were working in my favor this year. The SRECs vary in price and were selling at high prices this year; experts predict they will bring in less in the future. I got a pretty good installation price of $20,655 for a 7.2 kilowatt system from Altenergy — at a time when they had spare capacity. Interest rates have been low. And I enjoyed the high 30% federal tax credit on alternative energy expenditures. Since then, it has fallen to 26% for 2020 and will decline to 22% in 2021. With solar, moving quickly makes sense.

But the decision to install solar still would have been profitable for me under almost any combination of lower credits, more expensive panels and higher interest rates. The two higher quotes I received from reputable installers, Solar Solution and Ipsun Solar, would have affected my net gain for the year by just a few hundred dollars.

Some solar companies offered to install at no cost. They pay for the installation minus the federal credit — and they keep the profitable SRECs. So I would have saved the $804 I’m paying in interest, but I would have forfeited nearly $2,000 in SREC payments. No, thank you. The third option would have been to pay cash up front. Financially, this would more resemble an investment that pays handsome dividends — after the five years or so it would take for the income and savings to “pay off” the original outlay. For anyone who has patience, as well as money in the bank, paying cash for solar panels rather than using a home equity loan would make more sense.

But this is an investment unlike any other. Because more important than the dollars my photovoltaic panels generate is the contribution they have made toward my goal of becoming an environmentally responsible citizen. Seeing my meter running backwards makes me smile because it means I am supplying clean, carbon-neutral energy to the grid. And calculating that my electricity production equals 82% of my consumption makes me all the more determined to improve efficiency and knock down that last 18%. We already light our house entirely with LEDs, wash our laundry in cold water, and adjust our water heater to the lowest comfortable setting for each season. But leaky windows and ducts need fixing, and the air conditioning system could use an efficiency revamp. After one year as a solar farmer, I’m looking forward to many years of better harvests.

Don Boroughs, a Capitol Hill resident, an be found at donlboroughs@gmail.com.