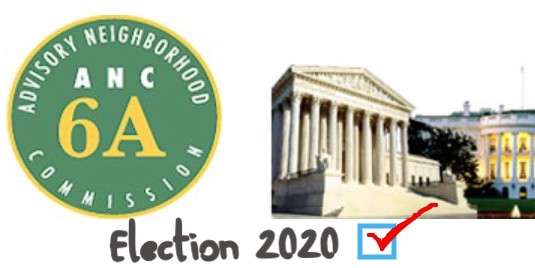 In the Nov. 3 General Election, DC residents will have the opportunity to elect the ANC (Advisory Neighborhood Commissioners) in their District. The ANCs are a non-partisan body of elected officials that represent local community members.

Hill Rag requested statements from known candidates. Below are those responses received for candidates for ANC 6A. If you are a candidate to represent an ANC 6A SMD and want your statement included, please email SarahP@HillRag.com

The Eight Commissioners of ANC 6A represent an area from Lincoln Park north to Benning Road NE, bounded roughly to the east by Eighth Street and to the west by 15th Street NE. There are races in five of the eight SMDs.

Keya Chatterjee (6A01) believes that the single member district needs attention in the midst of the COVID-19 pandemic, uprisings for racial justice, and a climate crisis. Chatterjee serves the executive director of a non-profit with an operating budget of over $2M per year and has a deep understanding of how to build coalitions to advance justice. Chatterjee has successfully advocated for many projects in our neighborhood, including the pocket park at 8th and K St NE and the slow streets on 12th St and G St NE.  If elected, Chatterjee intends to prioritize based on feedback from the community. Chatterjee also plans to apply pressure on WMATA to increase bus service back to pre-pandemic levels and support clean electric buses for routes in our ANC and work with businesses to reduce trash and the resulting increases to the rat population. Chatterjee believes in the importance of taking care of each other as neighbors, and demanding justice and equitable city services for our single member district. You can learn more about Chatterjee and her platform on her website www.keyachatterjeeforanc6a01.com.

Incumbent Marie-Claire Brown (6A01) is a public servant with more than 23 years experience during which time she served as an Assistant Attorney General, General Counsel to the Department of Parks and Recreation (DPR) and on District, regional, and national task forces and work groups. Brown said one of her proudest accomplishments is co-creating the District’s Community Prosecution Program in 1999 that, over the years, has evolved into the Mayor’s Office of Community Relations and Services (MOCRS).  Brown has lived in ANC6A01 since 1987 and in Ward 6 since 1985. She said she plans to continue to foster open, honest, and respectful dialog about the future of Ward 6 and to be vigilant about protecting the community and keeping the commitment to keeping it a diverse place where all are welcome, with adequate, affordable housing, and dependable city services in order to retain our existing neighbors and attract new residents. You can learn more about Brown and her platform on her website www.mcb4anc.com.

Incumbents Phil Toomajian (6A02) and Mike Soderman (6A03) are uncontested on the ballot and the Hill Rag had not received candidate statements at the time of publication.

Ali Gardezi (6A04) comes from a family of civil servants and as a civil servant himself believes in the importance of public service. If elected, Gardezi plans to work to make pedestrian access to the Lincoln park safe by installing LED solar crosswalks, make neighborhood streets safe by installing additional traffic STOP signs, install additional street lights on the back street, encourage local small businesses to invest in the neighborhood, To improve overall law & order around the neighborhood by requesting police to increase patrolling. Recently, Gardezi’s campaign created his Compassion Through Action program to connect healthy, able-bodied volunteers with members of our community in need. Needs may vary-some people need water, food, groceries, basic supplies, or just a friendly phone call on a lonely day during these uncertain times and there after. You can learn more about Gardezi and his platform on his website AliGardezi2020.com.

Amber Gove (6A04) has represented her SMD since 2017 and is running for reelection this November. For the last two years, Gove served as Chair of ANC 6A. Gove works in her day job to support education programs and research in low-income countries. She believes her work as a commissioner connects her to the neighborhood and provides her with the joy of giving back to the community that has given her family so much during the thirteen years they have lived on the Hill. If re-elected, Gove plans to continue to advance the safety and well-being of all users of our sidewalks and streets by reducing speeding and improving infrastructure for safe, sustainable transportation alternatives; help our neighbors by continuing to give grants to local organizations through the local outreach committee; and increase the availability of affordable housing and reduce displacement.

Laura Gentile (6A05) has lived in the community since 2007, is a ANC veteran and has served the United States Environmental Protection Agency. Gentile has more than 25 years of experience working with issues that related to businesses, communities and local governments. A former Peace Corps Volunteer in the Philippines, Gentile said that she values the experience gained through working within a different culture to collaborate with and train teachers. Gentile is excited to serve as both a resource and advocate for neighbors with city government to ensure their voices are heard on issues impacting our community. Gentile said she has heard concerns including illegal dumping, trash, rats, crime, traffic, and development, and plans to address those concerns while also advocating for smart development, street safety, and a clean and healthy environment for all residents, if elected. You can learn more about Gentile and her platform on her website: www.lauragentile4anc6a05.com.

At the time of publication, the Hill Rag had not received a statement from 6A05 candidate Timothy W. Drake.

Robb Dooling (6A06) is a Nebraska native who has lived in DC for six years. Dooling loves his neighborhood and wants to ensure that everybody here has a voice in its future. In 2019, Dooling served as an ANC representative for NoMa, where he fought for and won the new park at 8th and K St NE near J.O. Wilson Elementary School, the new Florida Ave NE bike lanes, and a future park at North Capitol and N St NE. Dooling successfully negotiated with developers seeking to build in NoMa and DC agencies to require affordability and sustainability in new construction and establish more public green spaces. Finally, Dooling also started a monthly ANC newsletter and hosted community office hours to improve transparency. Dooling wants to do the same for the H Street Corridor. He is passionate about safe streets, housing as a human right, and climate action. You can learn more about Dooling and his platform at www.robbdooling.com.

At the time of publication, the Hill Rag had not received a statement from 6A06 candidates Kate Robinson or H.J. Amons, Sr.

Daniel Lee (6A07) was born in Northern Virginia, but DC was his first home. Lee attended George Washington University and later received his graduate degrees in business and public health policy from Dartmouth College. Lee said he feels fortunate to be pursuing a career in public service. Lee has significant experience working in public service including working in the White House where he worked to create better opportunities for all in health care, housing, and education. Lee also worked in the Governor’s Office of Massachusetts where he tackled everyday issues in public transportation, housing, and economic development. Currently, Lee works for a global development institution where he helps to eradicate poverty and create economic opportunities in the poorest countries in the world. Lee’s passion is service and when he moved to the Rosedale neighborhood in early 2018, he fell in love with the historic community and wants to help make it a vibrant and safe place to live for community membes. You can learn more about Lee and his platform on his website danforanc.com.

Sondra Phillips-Gilbert (6A07) is the incumbent and a long-time resident of the Rosedale Community who understands the neighborhood dynamics and the needs of all of its residents. Under Phillips-Gilbert’s leadership she has lobbied the government and obtained $16.9 million to rebuild the Rosedale Community Center, Library, and swimming pool and amended the Urban Farm legislation in 2019 to include Hydroponic farming. Phillips-Gilbert has also collaborated with District Department of Transportation and residents to redesign the 17th Street NE Corridor and was responsible for a three-year Department of Small and Local Business Development grant being awarded to “H Street, Main Street.” Phillips-Gilbert is a strong advocate for tenant rights, public safety, construction and development and improving city services within the community. Phillips-Gilbert believes there is still much more to be done on behalf of the Rosedale Community and is running for re-election to oversee the opening of the urban farm and to continue to build on the successes of Rosedale.

At the time of publication, the Hill Rag had not received a statement from 6A07 candidate Rico Dancy. 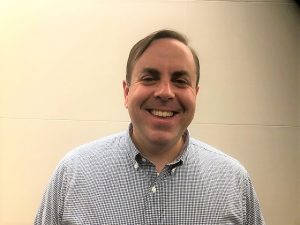 Incumbent 6A08 Commissioner Brian Alcorn is uncontested in the 2020 election. He said he has always been interested in how government and public policy intersect has spent nearly all of his years living on Capitol Hill.  Professionally, he has worked in both the federal and private sectors on matters ranging from public diplomacy to housing and finance. Personally, he said that he (along with his wife and daughter) cherishes this unique community they call home. As ANC Commissioner for the 6A08 area covering Kingman Park and Hill East, Alcorn plans to encourage more citizens to engage with ANC 6A and hopes to use the Commission’s unique “great weight” with the City on land use, zoning and education matters.