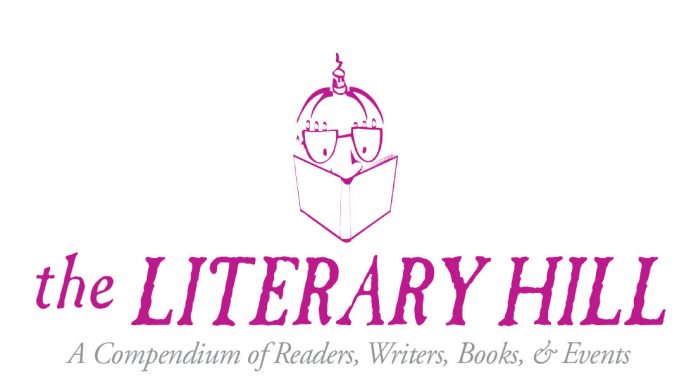 Newly-minted private investigator Zooey Krause is not exactly setting the detecting world on fire. In fact, as she ruefully observes, “I’ve chased down so many poodles that I start lifting my leg when I pass a fire hydrant.”

Business starts looking up when a good-looking guy named Joe Quigley asks her to track down the reporter that his fiancée, Mary Gentry, was meeting with before she died in an auto accident. Joe is an engineer at an experimental nuclear power plant where Mary also worked and where she suspected shady doings concerning both safety regulations and the pension fund. What did Mary tell the reporter about what she unearthed? And was she murdered to keep it secret?

The action in “A Perfect Disguise,” a new thriller by Christopher Datta and Debra Datta, races from seedy bars in Adams Morgan to slick high-rise offices in downtown DC, and encompasses an equally diverse cast of characters.

There’s reporter Virgil Fitts, who, when Zooey locates him, is slumped against a maple tree in a drunken stupor. Despite his predilection for the bottle, he’s able to sober up enough that Zooey comes to find the “irritating and bull-headed journalist so hard to hate” that they eventually team up (despite the fact that they “fight like cornered rats”).

Then there’s the mysterious Francesca, who wears a white Noh mask with her silky kimonos and runs a “spa” that caters to unusual tastes. And there’s Mark, Zooey’s Philippine-American friend, business partner and owner of Mark’s Soft Shoulder Bar, where she frequently takes a stool to knock back gin and tonics and discuss her cases—although as Zooey tells him after an especially dispiriting day of tracking down dead-end leads, “We’re hardly Sherlock Holmes and Watson.”

Even with the support of her unlikely crew, Zooey soon has “a feeling she was being drawn into an invisible web” replete with mob hit men, DC thugs, and Byzantine maneuvering. Never mind that she’s also working against the backdrop of a race war playing out in cities across the US—one that might involve weaponized drones.

“A Perfect Disguise” is a fast-paced mystery with timely themes, rampant suspense, and fully fleshed-out characters that tear at you long after the skulduggery is revealed and the villains unmasked. In fact, here’s hoping we’ll see red-haired PI Zooey Krause pursuing another hot case before long.

Christopher Datta is the author of two Civil War novels—”Touched With Fire” and Fire & Dust”—a supernatural thriller, “The Demon Stone,” two movie scripts, and a memoir, “Guardians of the Grail: A Life of Diplomacy on the Edge,” about his career with the U.S. State Department. Debra Datta is a retired senior executive with health care industry expertise in a variety of strategic areas.

Princess Hair
When Heather Burris’s four-year-old daughter, Autumn, told her she wanted “princess hair” like hers—long, straightened and styled—she knew what she had to do. “As a mother to a little Black girl,” she writes, “I felt compelled to be Autumn’s mirror, and I knew it was time for a change.”

In “Hair Like Me,” she tells the story of how she decided to cut her own hair short and natural like Autumn’s to show her daughter “that she was beautiful inside and out, and that princess hair is beautiful hair, no matter the style.”

Autumn loved her mother’s new look. “Mommy, I love your hair!” she exclaimed. “You have HAIR LIKE ME!” And her mom replied, “Now, Autumn, repeat after me: I am beautiful! And I love my hair! And I am a princess!”

“Hair Like Me” is a picture book for kindergarteners to sixth graders that is charmingly illustrated by Ariel Mendez. Heather Burris is a public health professional, writer, wife, and mother who hopes that her story will serve as a reminder “to women and girls everywhere that having their hair is important, but beauty and confidence emanate from within.” www.joifulthoughts.com

Author 2 Author
Dr. Courtney Davis is not one to let a pandemic interfere with her love of books and writers. The writer, educator, and founder of the East of the River Book Festival recently established an online forum offering bimonthly interviews focusing on children’s literature and YA authors.

In September, she featured conversations with Heather Burris, DC author of “Hair Like Me” (see review above), and Terressa Boykin-Baker, who has written several books about STEM for kids. In October, her guests will be Chiquita Hutton (Oct. 6), author of “Sydney’s Superpowers,” and Katrina Kearney-Hill (Oct. 19), author of “The Message in the Mirror” and “Picture Perfect Jordan.” Both talks are from 6:30 to 7:30 p.m. www.drcourtneydavis.com or on Twitter @EOTRBOOKFEST

Following in George’s Virtual Footsteps
Join local author and historian Garrett Peck for a virtual Smithsonian Associates tour of George Washington’s Alexandria, visiting the streets the first president surveyed as a teenager in 1749, the houses and taverns associated with him, and the church where his memorial service was held. Peck combines live commentary with prerecorded footage of Old Town locations and pauses to take questions along the way. Oct. 26, 6:30-8:00 p.m. www.smithsonianassociates.org

Peck’s most recent book is “A Decade of Disruption: American in the New Millennium,” and he is also the author of six previous books, including “The Great War in America: World War I and Its Aftermath,” “Prohibition in Washington, D.C.: How Dry We Weren’t,” and “Walt Whitman in Washington, D.C.: The Civil War and America’s Great Poet.” www.garrettpeck.com