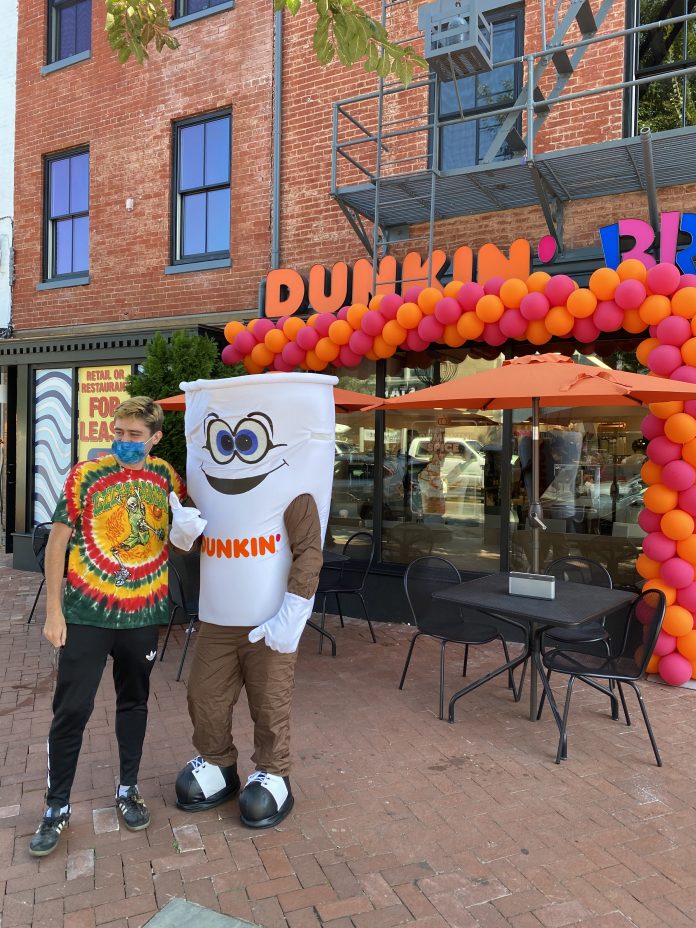 The Pennsylvania Ave Dunkin’ has moved down the street!

On Monday, Sept. 21, employees could be seen moving items down the sidewalk on dollies from the location in the Haines Building (801 Pennsylvania Ave. SE) to a newly renovated space down the street at 406 – 409 Eighth St SE.

The decision to relocate the coffee shop was made after Community Connections put the Haines building up, the historic white structure at the corner of Eighth Street and Pennsylvania Avenue SE, up for sale last winter.

Although the building was withdrawn from the market in January, the donut franchise had already put plans in motion.