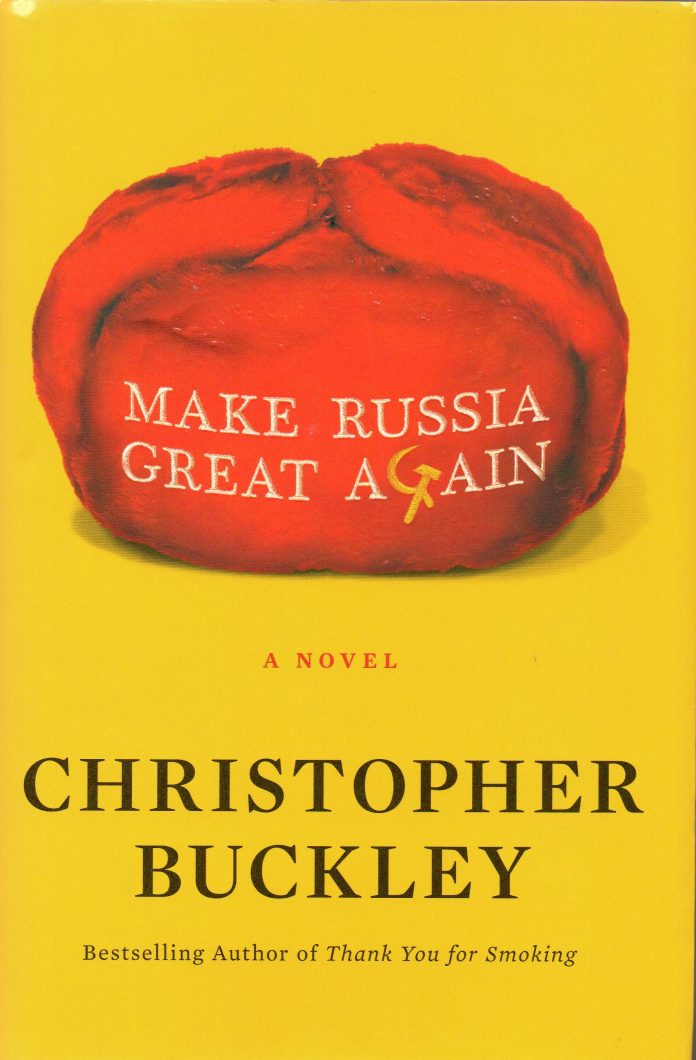 Need a laugh? Who doesn’t these days? Two new political satires might be just what the pandemic doctor ordered.

Christopher Buckley hits it out of the Beltway with “Make Russia Great Again,” a hilarious send-up of the Trump administration. The tale is narrated by the hapless Herb Nutterman, formerly a banquet manager at one of the Trump resorts and now pressed into service as White House chief of staff, whose naiveté is matched only by his loyalty. The plot involves Russian operatives (of course), sex tapes of the president “interacting” with a series of beauty contestants, and a manufactured shortage of molybdenum (which the President struggles to pronounce).

But the real joy is in Nutterman’s descriptions of the minions fluttering around the President. Take Squiggly Lee Biskitt, the senator from North Carolina who has “attached himself to Mr. Trump like a remora fish” and is frequently seen “scampering on little feet across the polished floor of the Capitol Rotunda… [like] a penguin on an ice floe trying to escape a sea lion.”

Then there’s Katie Borgia-O’Reilly, who “had no specific function at the White House other than to seek out the nearest camera or microphone” and leap to the president’s defense “like a lioness attacking a herd of water buffalo.” As Herb notes, “there are spin doctors, and then there are centrifuges,” but he does acknowledge that “Katie was sexy in a—I don’t want to say ‘creepy’—kind of way.” 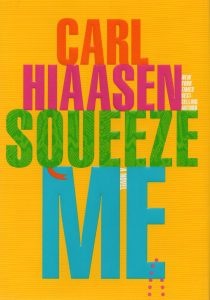 Swampiness is also thick on the ground in Carl Hiassen’s latest book, “Squeeze Me.” The Florida native takes aim at the President and his entourage from his home turf, centering his story around the Winter White House. The fun begins when one of the wealthy old widows/donors who call themselves the “Potussies” (short for POTUS pussies) goes missing from a charity ball.

Enter Angie Armstrong, an intrepid and smart-talking animal control expert, who is called to the grounds of the Lipid Estate to remove an enormous python—that mysteriously sports a sizeable bulge in its middle. When the body of the beheaded snake is stolen out of the back of her truck by a pair of bumbling thieves, the game is afoot.

Meanwhile, back at Casa Bellicosa, the First Lady is sleeping with a Secret Service agent named Keith (real name Ahmet), the employee hired to test the President’s tanning bed is threatening to sue, and Trump (code-named Mastodon) is blaming the Potussy’s disappearance on an illegal immigrant. And out in the real swamps, a mysterious one-eyed man named Skink (who happens to be the former governor) is hatching a slithery plot that will send Palm Beach society into a frenzy.

If you’re in the mood for a couple of raucous reads that will make you smile—and give you a small taste of political revenge into the bargain—you can’t go wrong.

Karen Lyon is the Hill Rag’s Literary Editor, President Emerita of the annual Literary Hill BookFest, a Contributor to Folger Magazine and writes the monthly Literary Hill column. This is a bonus article –because sometimes, she just can’t resist writing up a book! You can reach her at [email protected]

There is Only Joan

For Your New Year’s Fare: A Vigorous Drama, A Throwback Musical,...