Experts say that developing quality remote learning plans is something that would ordinarily take school districts months, if not years, of planning. The COVID-19 crisis forced schools to attempt to accomplish this in a matter of weeks.

Now educators face an unprecedented challenge as schools prepare to reopen this fall. Most will once again offer some, or even all, of their instruction through distance learning. What are the successes and challenges that District schools found during spring lessons, and what have educators learned that they can apply to the fall semester?

Addressing the Digital Divide
With schools going virtual, internet access is no longer a luxury but a necessity for District students. But according to the Office of the Chief Technology Officer (OCTO), 25 percent of District households do not have broadband internet service. In spring 2020, DC Public Schools Chancellor Lewis Ferebee told reporters that about 30 percent of students do not have access to a computer or tablet at home.

Starting with high school students, DCPS distributed 10,000 devices and 4,000 hot spots, but still received criticism amid reports that some students did not receive needed technology.

Potomac Gardens Resident Association President Aquarius Vann Gharsi said that the lack of internet was the major problem facing families as they negotiated distance learning. She said private and public charter schools were often more successful at this than public schools, as many had already given devices and training on their use to students as part of in-school learning.

“We feel that the DC government was not ready for this,” she added, “and they should have been.”

DCPS has moved to fill in some of those gaps. For fall, the school system has made a commitment to provide devices or internet access  to all students who do not have them. DCPS said they will have 36,000 devices available, enough to meet the needs of 40 percent of students in kindergarten and above, as well as 9,000 hotspots. Households qualifying for SNAP benefits will receive information about opting into a residential internet program.

The need is not confined to public schools. A report by the National Alliance for Public Charter Schools found that, of the 38,863 District students enrolled in Public Charter Schools, 28.4 percent or 11,047 students had low-access to internet and devices. While some public charter schools – such as KIPP DC, Ingenuity Prep PCS, and Washington Leadership Academy PCS – maintained a 1 to 1 student-to-Chromebook ratio prior to COVID-19, several other public charter schools found themselves in unchartered territory, working urgently to secure laptops for students in need.

Student Engagement
This lack of connectivity is reflected in real engagement. In April 2020, the Washington Teacher’s Union (WTU) surveyed DCPS teachers, asking what percentage of their students were regularly logging in. The results were published in the WTU ‘Reopening Our Schools’ Report. 57.7 percent of teachers said that there were regular log-ins by less than half of the class; 27.7 percent said they saw less than a quarter of their students online

According to a Common Sense Media survey, 66 percent of private school teenagers say they are connecting with their teachers once a day or more, compared to 31 percent of public school students. The same survey found that students struggled with engagement. A CRPE study found that fewer than one in three districts expected teachers to track engagement or academic progress.

Some schools required students to check in with teachers or log in to systems, either at certain times of day or with minimum frequencies throughout the week. In the absence of equitable online access, many schools were reluctant to set expectations for engagement.

Some teachers went above and beyond expectations to engage with students. Coolidge High School science teacher Jonte Lee turned the kitchen in his apartment into a science laboratory, cooking on a hot plate for the nine weeks of distance learning. Trying to think of innovative approaches to increase engagement, Principal Semanthe Bright asked Lee if he would offer physics and chemistry lessons via Instagram Live. “We noticed that’s where the majority of our students are,” Lee said.

Knowing that being in a familiar environment makes students better learners, Lee taught himself how to use the social media platform, getting friends to help him work out the kinks in his video stream. “I dedicated my whole self to that,” he said. To increase comfort levels, he transformed his kitchen into a setting as much like the school chemistry lab as he could, down to the posters on the wall.

“It’s interesting with Instagram, I am able to ask a question, students can respond via chat in real time and they can also see other student comments and ask other students questions,” said Lee. “I like it because it is giving you the impression you are still part of the community even though you are sitting in your living room.”

Keeping it Simple
Classes at The Lab School (4759 Reservoir Rd. NW) are already small, from eight students in lower grades up to 12 in the high school, allowing a teacher to see every face on a zoom call. The structure of lessons in small group settings lends itself more easily to lessons via technology, said Head of School Kim Wargo.

Teachers emphasized simplicity when making the transition to virtual learning last spring, focusing on learning. The school focused on using only a few technology platforms. ”We really tried to edit and to keep ourselves from using a lot of the available technology, especially in the beginning, because it’s hard to continue to deliver when you’re learning a new way of doing things,” said Lab’s Head of Elementary Amy Oswalt.

“Simple things that would take ten minutes if you were live in a classroom could take hours to accomplish,” said Wargo. “Things like picking up an assignment from children and being able to offer feedback.” Over the summer, the school put some technological resources in place to address these concerns and will spend time over the first six weeks of school acclimatizing students to that technology.

Wargo said that the entire school community had to be more understanding through the crisis, as many teachers had to divide their attention between their students and their own children. One way the Lab School supported teachers over the spring was by pairing them with staff with more flexible roles who could join teachers on Zoom calls. When needed, administrative assistants and Lab’s Head of Elementary Amy Oswalt could step in to lead online classes. “If there was something that happened, either in an instant or if they indicated ahead of time, then we could jump in and be the teacher for that lesson, or that day, or whatever they needed us to do,” Oswalt said.

Parent Engagement
Communication is key for parents trying to support online learning. IDEA parent Tiffany Denney said that her daughter Blessen had a productive but challenging virtual senior year at IDEA. The school uses the Powerschool App to facilitate online learning, meaning that Denney could easily track Blessen’s work, including what tasks were and were not completed, as well as use the platform to access teacher support.

Communication opportunities available through the app were key to keeping Blessen on-task. Denney said that the school would check in daily if Blessen was not online by the required time.

At IDEA, teachers, students and parents were able to connect around learning, giving teachers more insight on how to adjust lessons, how to support students and what parents need to help their child learn from home. Parents could speak with staff and with one another at Virtual Parent Councils, held once a week. “That is a key lever–we have had the most parent-specific engagement that we have had in years,” said IDEA Principal Nicole McCrae.

Blessen said that the support from the school was critical to her success as she worked towards graduation. “It was hard,” she said, “but I got through it by keeping in touch with my teachers and asking them for help.” Negotiating the workload of her senior year was the biggest challenge by far, she said, outweighing issues with technology and even how much she missed her friends.

Social Emotional Needs
Blessen, her mother said, is an example of a student who has seized on opportunities for communication with both parents and teachers. But not all children have such strong relationships with the adults in their homes, so student support is also key.

A Center for Promise survey on the State of Young People during COVID-19 found that 40 percent of students have not been offered emotional or social support by an adult from their school. While private schools like the Lab have a psychology department with professionals able to offer advice to parents, students and staff, other schools don’t have those same resources. Often those are the schools serving children who need them the most.

Christine Vineyard is a teacher at McKinley Middle School (151 T. St. NE), a school that serves a large portion of economically disadvantaged students, including students who live in shelter. She said she is concerned about the emotional needs of her students, some of whom are living in unsafe or traumatic conditions. During a regular school year, teachers could contact District’s Child Protective Services (CPS) to arrange a home visit if there was chronic absenteeism, signs of injury or a perceived lack of care. “We call CPS on the daily,” she said, “but we were seeing the kids, we’re seeing needs, and so it’s a lot easier to do that.“

In the context of the pandemic, home visits have not taken place since March, and Vineyard increasingly worries about the social emotional health of her students. She says the students rely on the support at school to help address their emotional needs, requesting their social workers when they become agitated.  “They [students] are very aware of that relationship, so I can’t even imagine what they’ve been feeling since March, not having that access,” she said.

While video conference platforms such as Zoom are viewed as too insecure for the discussion of sensitive health information, Vineyard points to online counseling services such as Talkspace as a model of accessible online therapy.

While acknowledging that COVID-19 has brought turmoil to individuals and families, teachers say there is a silver lining. Schools have been forced to find ways to deliver education equitably to all students. “This is now opening up the doors for many schools and the education system as a whole to rethink how learning is done and rethink how to provide an assistive, equitable education for all different scholars,” said IDEA’s McCrae. “It is forcing a conversation about equity to happen in schools across the nation and it can’t be ignored. I think that’s a valuable by-product.” 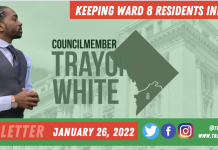