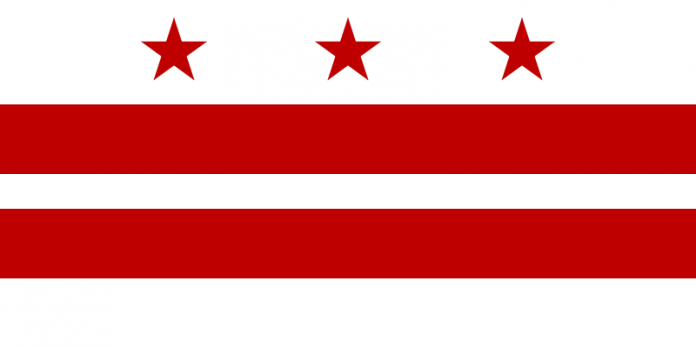 The DC Council at the urging of Chairman Phil Mendelson (D) approved an amended version of the FY 2021 Budget that removed the Ad Tax on July 23 after this Op Ed was published.

Some members of the DC Council think city residents should choose between libraries and newspaper.

In the first reading of the 2021 DC Budget, the DC Council adopted a three percent tax on “Advertising Services.” An ill thought out brainchild of lame duck, At-Large Councilmember David Grosso (I), the new levy was billed as a simple expansion of the sales tax intended to close the COVID-19 budget gap by generating revenues from Google and Facebook.

No doubt to fend off a move to fractionally raise the District’s income tax, Chairman Phil Mendelson (D) baked the provision into the budget. There was no substantive debate on the dais of this novel method of taxation before its passage. No hearings were held on its economic impact.

When reporters dug into the details, it quickly became apparent that the new law raised revenues not only from advertising, but also from advertising services. A so-called pyramid scheme, it imposed a three percent tax successively at each point in the creative and publishing cycles. The tax levied very different effective rates on small businesses as opposed to large vertically integrated corporations in a completely non-transparent and unfair manner. Framed broadly, it levied duties on everything from newspapers to PTA gala brochures to theater programs.

At its July 21 legislative session, characterized as a “Dumpster Fire” by At-Large Councilmember Elissa Silverman (I), Mendelson confronted skeptical colleagues. Motivated by the howls of protest from community newspapers in financial free fall from the COVID pandemic, his peers objected to the Ad Tax.

The chair held his ground demanding that they replace its removal with cuts. He then promised to narrow the measure to a simple three percent tax on the sale of advertising and make up the difference with a reduction of Sunday library hours.

Libraries or newspapers, a Hobson’s choice posed by the Council Chair.

Unable to get agreement, Mendelson moved to briefly recess to negotiate a solution behind closed doors. When that strategy failed, the Council punted the vote to July 23.

While Facebook and Google would undoubtedly escape the Ad Tax’s impact with the aid of high priced white-shoe law firms, small newspapers like this one would be especially hard hit.

Capital Community News has worked diligently to streamline operations during the pandemic by closing its office and cost cutting. Not only would we be unable to pass the Ad Tax through to our customers, many of who are struggling small businesses, we would also face a three percent increase in our costs, since we print our paper with the Washington Post, a transaction also subject to the Ad Tax.

Capital Community News stands with our advertisers, understanding their well-being is essential to the survival of DC. We have supported them with price cuts and free advertising. We have redoubled our efforts to publicize their activities.

It is time for the DC Council to stand with small newspapers and small businesses.

Rather than cutting, the Council should replace the Ad Tax with a modest income tax increase. This is a proven, progressive method of raising revenues that would be fair and equitable.

There is no choice between newspapers and libraries. The Council must chose both.

The Chairman Mendelson plans to introduce a new proposal to eliminate the Ad Tax completely.

Andrew Lightman is Managing Editor at Capital Community News. Reach him at andrew@hillrag.com.

Watch the DC Council Legislative meeting by clicking on this link.

Thoughts In The Night