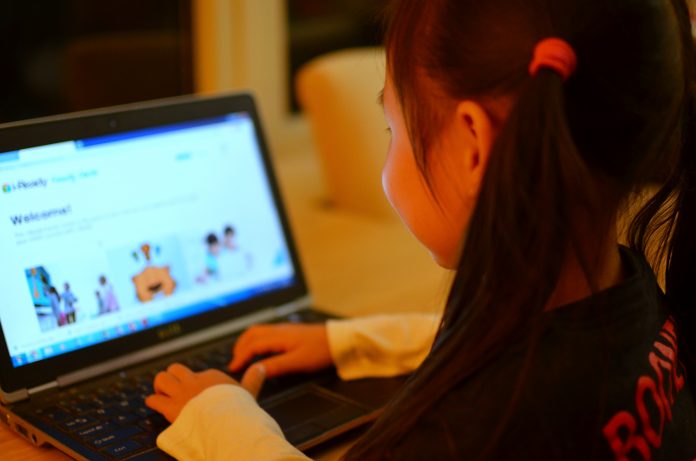 A new study shows that DC has the second highest gap nationally for high-speed internet access between white students and students. The analysis—done in partnership by the Alliance for Excellent Education (All4Ed), the National Indian Education Association, the National Urban League and UnidosUS shows that 27 percent of Black students and 25 percent of Latino students in the District are cut off from home internet, compared to just 5 percent of White students.

The decision comes as school districts throughout the region announce that students will begin the 2020-21 academic year virtually. DC Public Schools (DCPS) deferred a decision, expected July 16, until July 31, citing uncertainty about trends in COVID transmission. Although the DCPS decision is often taken as a lead by District Public Charter Schools (PCS), each makes their own decision on policy.

In the District, that translates to 20,278 kids without internet and at least 8,685 without a computer. Those numbers differ from findings from public and public charter schools, which have provided estimates indicating about 26,650 District students lack connectivity. Nonetheless, the numbers point to a stark deficit on the eve of a fall move to learning online.

A report by the National Alliance for Public Charter Schools found that, of the 38,863 District students enrolled in Public Charter Schools, 28.4 percent or 11,047 students had low-access to internet and devices. While some public charter schools – such as KIPP DC, Ingenuity Prep PCS, and Washington Leadership Academy PCS – maintained a 1 to 1 student-to-Chromebook ratio prior to COVID-19, several other public charter schools found themselves in unchartered territory, working urgently to secure laptops for students in need.

The numbers are higher for DCPS, where officials estimated that approximately 30 percent, or about 15,600 of students required a device. DCPS acknowledged the Digital Divide last spring with the launch of the Empowered Learners Initiative (ELi), which was designed to move the District to a 1-to-1 device ratio for students over a three year period. In spring, DCPS released devices to students in phases, beginning with the most senior grades.

This lack of connectivity is reflected in real engagement. In April 2020, the Washington Teacher’s Union (WTU) surveyed DCPS teachers, asking what percentage of their students were regularly logging in. The results were published in the WTU ‘Reopening Our Schools’ Report. 57.7 percent of teachers said that there were regular log-ins by less than half of the class; 27.7 percent said they saw less than a quarter of their students online.

To address these concerns, WTU has called on DC Council to allocate an additional $11 million to purchase computers and tablets for all DCPS students. “The rise of COVID-19 illuminated the vast Digital Divide the plagues our city and likely furthered the already large – and growing – achievement gaps the plague our city,” said WTU President Elizabeth Davis in a statement calling on council to make the investment in the 2021 budget.

Nationally, U.S. Rep. Grace Meng (D-NY) introduced an Emergency Education Connections Act in the House of Representatives, which was sponsored by Senator Edward J. Markey (D-Mass) in the Senate. That act calls for at least $4 billion to be included in the next COVID relief bill through the E-Rate program in order to provide internet service and devices to the nation’s most vulnerable children.