Written in a politically-conscious town, this column searches regularly for movies covering political campaigns, a common theme for film dramas because they feature a contest, with a winner and loser to cheer for or to razz.  Such campaign films have been around for decades, and the talents of writer-director Jon Stewart (from TV’s “The Daily Show”) and comedic actor Steve Carrell (one of Stewart’s colleagues from that show) have combined to produce the latest in this genre. “Irresistible,” now out on streaming sites and pay per view, surveys a taut campaign from the perspectives of two warring political consultants (the film is rated “R” for steady profanity and runs 102 minutes).

Two high-flying DC operatives, Democrat Gary Zimmer (Carrell) and Republican Faith Brewster (Rose Byrne), have just battled it out for the 2016 Presidential campaign with smug Faith having come out on top over the crushed Gary. That donnybrook has left them both hungry for the next race to enter. Then Gary discovers a paragon in, of all places, small-town Wisconsin, where word reaches him of Jack Hastings (Chris Cooper), a laconic farmer and retired Marine Corps officer who defends immigrants and possesses populist–maybe even Democratic–leanings. This Middle American icon may be just the man to turn the town’s Red State voters blue. Jack’s only condition for running: the campaign must play out entirely in his hometown of Deerlaken.

The race Zimmer has taken on is for mayor of Deerlaken, a town of 5,000 souls who have lost their major employer and seek a rebound. Hastings, known to everyone, is quickly convinced to take on incumbent mayor Braun (Brent Sexton), though his smart, principled daughter Diana (Mackenzie Davis) isn’t so sure about the venture. Back in DC, Faith smells another good scrap with Gary and signs on to back Braun.

So turn on the campaign machine, as Gary uses his motormouth mingled with condescending charm to round up a local campaign team and make the apolitical Jack into a contender. Likewise, Faith uses her take-no-prisoners attitude mingled with a beatific, sweet manner to back the mayor. The consultants’ takeover of the town is made possible by funds from the national party coffers, both seeking a landmark off-year campaign to build momentum.

Much of the film’s plot is tit-for-tit scenes where Gary and Faith try to one-up each other day by day, not always using the highest standards (there is a cute Koch Brothers reference). Oddly, though most of the town is interested in the game being played out, they don’t seem that invested in either candidate. Most of the locals are seemingly content to bemusedly observe the big city wranglers, except perhaps Diana, who, protective of her father, seems skeptical of the whole enterprise.

That oddly distanced attitude of the townsfolk that Stewart presents is puzzling, until  “Irresistible” knocks us for a loop in its last act, one showing the director’s sardonic and caustic critique of our whole political system.

This election saga can be compared to other recent campaign films.  It is not a semi-documentary like the Gary Hart saga “The Front Runner” (2018), nor downright goofy like the silly Will Ferrell farce “The Campaign” (2013), nor bumbling satire like John Sayles’ “Silver Lake,” (also starring Chris Cooper running for office). Put it instead into the comedy-drama category, where two obsessive political animals, stuffed with adrenalin and calculation, churn up a town running in slow motion.

As indicated above, Byrne uses her waifish presence to play off her character as a toxic, filthy-mouthed cynic (she’s done this before, of course, in films like “Bridesmaid”).  She pulls it off, though, and becomes the sweetie pie you learn to hate. Carrell is cynical , too—because, Stewart suggests,  professional politicians have that in their DNA—but he exhibits a little more heart when it comes to identifying with his magnanimous hosts. He is also, I sense, closer to the voice of Jon Stewart himself, mocking our democracy while gamely hoping to better it.

The filmmakers who came up with idea for a feature-length documentary on the life of John Lewis, Georgia congressman and civil rights icon, for release this summer could be deemed prescient for featuring a man who, though 80, is so very much of this moment in the summer of 2020.  A sympathetic review of his life and accomplishments, directed by Dawn Porter, was released in Washington July 3rd on demand platforms and will later appear on CNN (The film is rated “PG” and runs 96 minutes).

Using interviews and rare archival footage, “John Lewis: Good Trouble” chronicles Lewis’s 60-plus years of social activism and legislative action (actions which Lewis himself has labelled “good trouble”) on civil rights, voting rights, gun control, and health-care reform. Porter’s film is a tripartite mix. The first part is a lengthy studio interview with Lewis surrounded by historic images as backdrops (filmed at Arena Stage in DC). This is accompanied by historic stills and footage from his fascinating life, and, finally, current coverage of his everyday congressional activities.  The studio sequences, with the earnest Lewis directly addressing the audience, set the narrative of his early life and influences, capped by his early exposure to Dr. Martin Luther King Jr. and the nonviolence movement.

The historic footage highlights his early life as a sharecropper’s son in Troy, Alabama and his position as a young man with  influence in The Movement and involvement with the Nashville sit-ins, the Freedom Riders, the Student Non-Violent Coordination Committee (which he led), the March on Washington, and his contribution to the Voting Rights Act of 1965. This material reaches its zenith in detailing the infamous 1965 Selma March, whose outcome left him and colleagues cruelly assaulted by local police on the Edmund Pettus Bridge in Montgomery.

Other parts of his biography between the mid-1960’s and the 1980’s are covered more cursorily, except for his tough electoral battle with friend Julian Bond in the 1986 Georgia congressional race that changed his life. But that third element of the film, done in cinéma verité style, places the man in his current context, an eminence gris of the Congress and of our national politics.

Lewis’s story is rounded out by reflective interviews with Lewis and family, political leaders, Congressional colleagues and, in a nice touch, devoted staffers who worked closely with him. In total, it is sweet documentary of a gentle but resolute man who talked in whispers but could, as necessary, bellow for his causes. 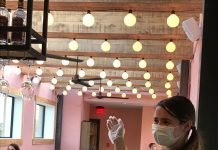 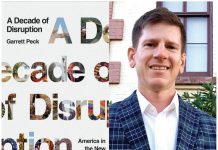 Authors Look Back Over Decade, Century of Change

Not All Passenger Ships Are Floating Palaces

Have a Ball at Citi Open Taste of Tennis Monday