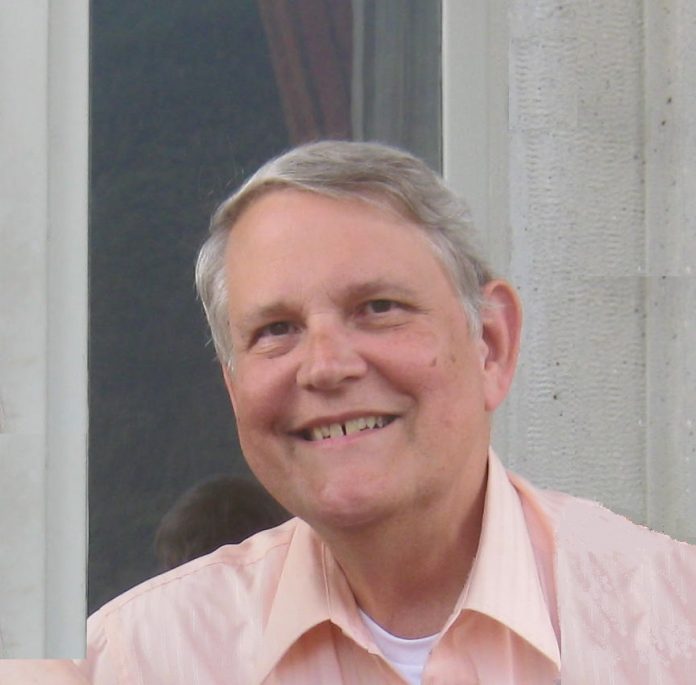 David Melendy, 71, a veteran broadcast journalist with the Associated Press, died on April 18 at the George Washington University Hospital after a long battle with cancer.

He began his career as a one-person news department at a rural Connecticut radio station, advanced to anchoring positions at Hartford, Connecticut’s WPOP and WDRC, was hired as News Director at WNVR in Waterbury Connecticut, moved on to WCBS-FM in New York and ultimately retired after 33 years with the Associated Press. There he left his mark as a dedicated and respected anchor and special features writer, as well as demonstrating his versatility as a political, business, science, and medical reporter.

His authoritative and sonorous voice was heard locally on WTOP as well as around the world on Armed Forces Radio. He especially enjoyed interviewing news makers while covering Congress, the White House, economic trends, medical advances and space launches. He was frequently assigned breaking news and was presented the Edward R. Murrow Award for his coverage of 9-11. After retirement, David continued his passion for the highest in news standards by heading the National Press Club Podcast Task Force, where he invested much time and effort on press freedom and media literacy causes, producing and hosting podcasts delving into these critically important subjects.

That was David’s professional life. Defining, but not the most important thing to him. Rather, his family was his lodestone. He led by example and his two sons, Seth and Andrew learned the important life lessons of responsibility, loyalty, perseverance, kindness, generosity, selflessness, compassion and humor from him. He loved the outdoors, especially hiking and camping, and he shared that love by enthusiastically imparting his knowledge of nature to his family. Whether it was sailing in the Bahamas with Andrew, rooting on the Washington Nationals with Seth, or encouraging them in their many sports activities, he was always there for his children and relished being a major part of their lives. He called Capitol Hill his home, and as an Eagle Scout himself, he was active in his local Boy Scout Troop, guiding countless other young men towards their own Eagle Scout achievements. He cherished extended family gatherings, whether large or small, and especially looked forward to spending holidays with them, basking in the love and joy they engendered. His friendships were deep and lasting, with some dating back to college and his early years in broadcasting.

He was born in Corpus Christi, Texas to a Navy family and spent his early years in Hawaii and California. While in elementary school, his family moved to Manchester, Connecticut, where he demonstrated an early affinity for broadcasting by wiring and setting up a makeshift radio station that transmitted news and music throughout the house. He attended the George Washington University, where he had his own show on campus radio station WRGW and where he met his future wife, Lorna. During the turbulent ‘60’s, David could be found, microphone in hand, interviewing anti-war protesters as well as the attending law enforcement officers. In addition, he was instrumental in establishing an intercollegiate radio network with the major universities in the area, sharing news, events and music. He subsequently graduated magna cum laude from the University of Hartford. Besides his wife and two sons, David is survived by two sisters, Doriene Steeves and Muriel (Tammy) Tobery, as well as 10 adoring nieces and nephews. A private family graveside service will be held in New Jersey. Friends and colleagues will be invited to join family in a celebration of David’s life in the near future. In lieu of flowers, contributions in David’s memory can be made to Reporters Committee for Freedom of the Press or The American Civil Liberties Union.