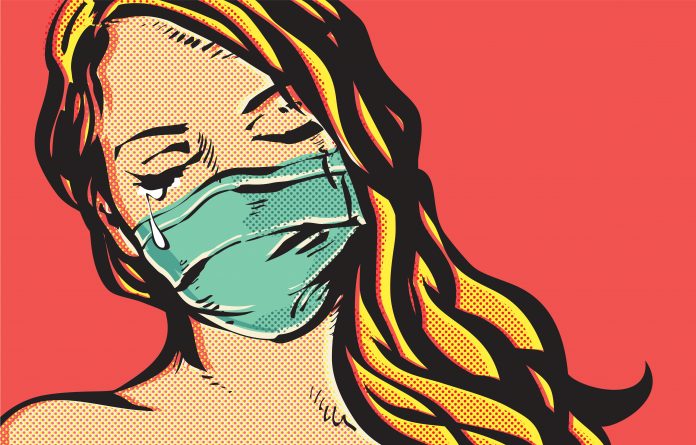 So, here we are (well, those of us in DC), still on the long road to nowhere. For many I’m sure their endless days are like mine. Where, if you keep a diary, some entries might read: Ate six times, had five naps—and it’s still today. Or you wake-up wondering: what day is it? Is it this day, that day, some other day, who-the-heck cares day?

Now that we’re at the stage we can barely recall what real life was like before our lives became plagued by a real plague, I have a “corona” fantasy. It goes like this: I am in California, spending time in Corona (yes, it exists 47 miles SE from LA); I constantly purify my hands with the hand-sanitizer that’s made there by TriDerma (imagine my glee when I bought a bottle and saw where it was from); I’ll enjoy relaxing in the park that’s full of the beautiful sight and perfume of Corona irises, before heading off to The Happy Hour Saloon on Green River Road to toast the town, that’s coping with an awful lot of pillorying, with an ice-cold Corona lager. Sadly, the next total solar eclipse in North America is not until April 18th, 2024, so I’ve had to eject from the day-dream the splendid sight of the glowing white corona that surrounds the sun, that’s only visible to the naked eye when the sun is blocked-out.

Meanwhile back in the land of “lock-down” reality I’m so happy that at last the non-stop parody splurge seems to have dried-up. At least my friends know now not to send me all those “laugh your socks off” YouTube offerings. Though have to admit that I did get a kick out of the poem penned by Britain’s queen of comic prose, Pam Ayres, after the President urged us all to reach for the Clorox bottle. Her reaction to that utter nonsense sped round the globe. She wrote:

At last, we have a cure for all!

Good health is not beyond my reach,

If I inject myself with bleach.

Every trace of limescale gone.

With disinfectant as my friend,

Though to be serious for a moment, so many of us on Capitol Hill were sent “around the bend” as our top-favorite, go-to restaurant Montmartre fell victim to the financial crisis created by CV. It was the first of the many pivotal parts that go into making our community such a wonderful place to live, to fall under the crushing effect. Fears are high that it will not be the last.

Other businesses, we’re in mourning for will, hopefully, come back before long.  Like the hairdresser! My hair has never, ever, been so wildly out of shape and stupidly long to even look remotely “good.” I did give in and bought some clippers. They’re still in the unopened box. I even dug out the pinking-shears (long time since they were put to use), thinking they would give something of a sassy, crimped cut. I actually had them, in hand, poised to snip away. But I couldn’t summon up the nerve to tackle the over-grown mess. But I am in no hurry to return to the nail salon. My nails have never looked better or healthier, since that toxic gel manicure was abruptly eliminated from my “beauty” routine.

While I do understand the enforced closures (which, fingers-crossed, might be eased soon), one very local crisis “law” is totally off base. What on earth is the thinking behind restricting the weekend farmers’ line at Eastern Market to a mere four hours. Starting at 9:00 am is OK but having to shut down at 1:00 pm. Not on! They barely have time to set-up before they’re forced to pack-up. Everyone has enough to put up with during this trying time without this silliness.  Come on, Mayor Muriel, one stroke of your pen and you can rectify this daft situation. The farmers – and their customers – deserve to have the same times as the indoor market.

Meanwhile the oft-used phrases, coined to help us feel better are so annoying. What on earth is “normal” about this “new normal”? And as for the “we’re all in this together” mantra, enough is enough. Consider those: being denied medical treatment; living in dysfunctional families or with domestic abuse; in cramped spaces without any outdoor space to call their own; who are vital front-line workers and those who don’t even have a savings account to drain.

And after that litany of horrors being suffered by many, my main problem is shamefully pathetic. Anyone out there know how to stop glasses, atop a mask, steaming-up? Have tried all manner of old-wives tips. But to no avail. Need to find one that works. Because even if, by the time you read this, there’s been some relaxation of DC’s CV-rules-and-regs, masks are here to stay…for a long, long time. 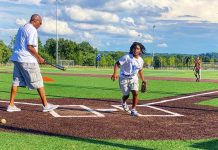 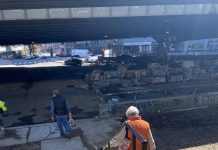 Opinion: The South Side of Garfield Park Needs Fixing 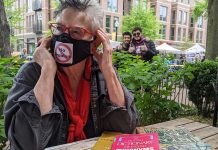 OUCH! A Shot Across the Verbal Bows

Residents Are Not Terrorists!