Every morning, Capitol Hill resident Nikina Lowry-Schiller, her husband Francisco Lopez and her two kids go out to milk the cows. Then the family walks the cows to the field before heading back to the house. It’s the only way they are permitted to go outside these days without being arrested by the El Salvador police.

On March 3, four days before the first COVID-19 case was identified in DC, the family went to visit Lowry-Schiller’s sister-in-law, who lives in a rural setting 10 minutes outside Ilobasco, Cabañas, 30 miles northeast of the capital, San Salvador. “Extremely dirt roads, cows walking down the street, chickens just out and about, people using horses as transportation,” was how Lowry-Schiller described the setting in a message. That two-week trip was an opportunity for Lowry-Schiller’s sister-in-law to finally meet her new nephews, then 4 months and 21 months.

But the Hill East residents, who normally live a short walk from Stadium-Armory Metro, are now stuck in El Salvador indefinitely. A 30-day national quarantine imposed by President Nayib Bukele on March 12 has been extended to the end of April, and it is strictly enforced, said Lowry-Schiller, with only one person from each family permitted to leave, and only to go to the store.

“If the police catch you outside and you don’t have a reason, they arrest you and you go to quarantine jail, where your 30 days start all over again,” she said. On Sunday, 16 people were arrested just down the street from where the family is staying.

Now, the family has been told that unless they get out quickly, they will be trapped there indefinitely, and Lowry-Schiller has started a gofundme fundraiser to afford the steep prices of tickets to a ‘repatriation flight’.

Lowry-Schiller said she and her family had been scheduled to fly home on March 18. Checking regularly with the airline, Volaris, she said she was assured the flight would take off and she began to pack their bags. Then Nayib Bukele closed the nation’s airports at midnight March 17, the day before the family was to fly home to the District.

Lopez got some of her money back from the airline, and rebooked a flight with Spirit Airlines for April 19, when airports were expected to re-open. Then the quarantine was extended another 15 days, and her fare money is still in limbo with the airline. Now, she will wait before she tries to book another flight home. “I don’t feel confident to book until we hear some word from the embassy or the government,” she said. “There hasn’t been any information.”

There are still a few flights out of El Salvador. US airlines offer so-called ‘humanitarian flights’, but those tickets run about $3,000 each, she said, and land in Houston, TX. The US Embassy offers evacuation flights on a first-come first-served basis, landing in either Mesa, AZ or San Antonio, TX. US Citizens and Permanent Residents can email the embassy to get on the list, and they get a bill for the tickets once they get home –another set of costs. No matter. While Lowry-Schiller put her family on the list, they were never contacted.

So, the family makes the best of their new normal during the COVID-19 outbreak. Every morning, they wake in the little house, made up of three bedrooms and a living room and totally open to the outdoors in the back, because of a lack of air conditioning; the kitchen and bathroom are outside, where chickens, ducks and turtles roam around, which the cows alternate between the fields and a paddock to the side of the house. Her eldest has learned to milk cows and their youngest has a totally different hairdo, crafted by the humidity.

It is a new world for Lowry-Schiller, who had only visited once before. She has limited Spanish, and her husband’s sister speaks no English. She tries to listen and learn to improve her language, but conversation is limited. “I never really leave the house,” said Lowry-Schiller. “It’s been hard, but we are trying to make the best of it.” 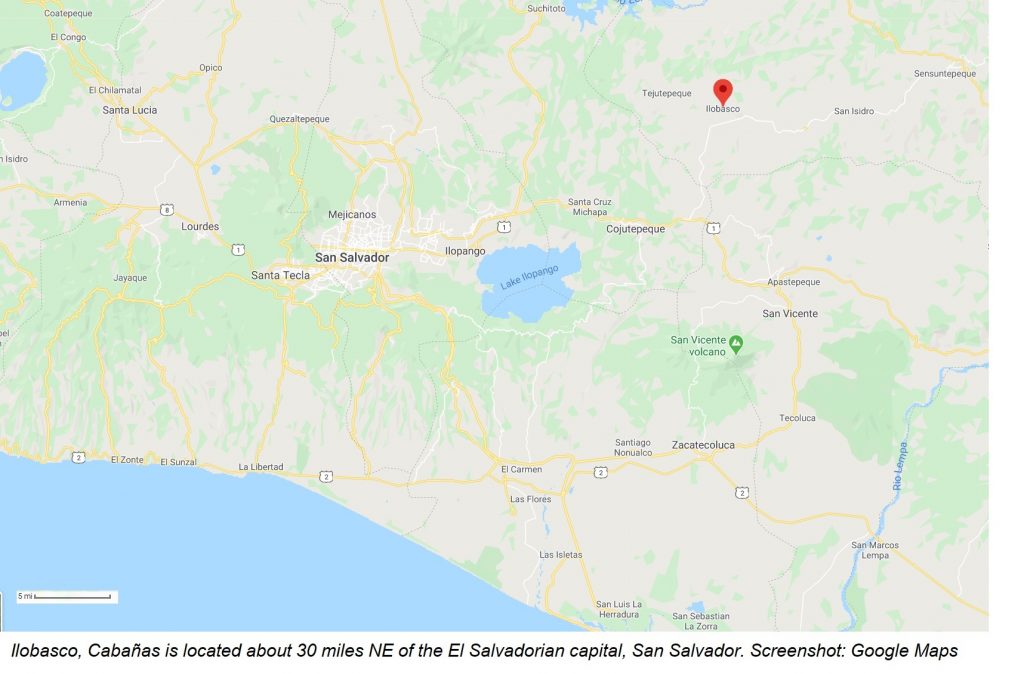 The Importance of Help

In the District, both she and Lopez work in the restaurant industry, so while they’re not missing any shifts these days, they are missing the pay. “I’m luckier than my husband,” says Lowry-Schiller, who is a server at Zaytinya (701 Ninth St. NW), “I work for José Andrés.” When he announced the closure of his restaurants in March, Andrés vowed to pay his employees as long as he could, so far until the end of April. Her spouse is not so fortunate, so by the end of the month it is likely they will have no income.

Still, friends and family have stepped forward to take care of their lives on the Hill while they are gone. Lowry-Schiller’s friend offered to care for her cats, a favor that took on a serious turn not only because it has lasted for more than a month but because the oldest, an 18-year old, had to be put down while the family was gone. The friend FaceTimed the family so they could say goodbye and stayed with her through the process.

Lowry-Schiller said that the crisis has really brought out the importance of help from family and friends. “We would be in a way worse situation if we didn’t have people helping us out,” she said.

It was that friend who noticed that the family car was missing from driveway, shared with a neighbor. After some investigation, she determined that the neighbor, an investor renovating the house, had the car towed and ticketed for being on private land. He was unsympathetic, Lowry-Schiller said, even once the situation was explained, but friends and family managed to get the car from the towing company, saving them hundreds, maybe thousands in fees. These friends and family have also helped Lowry-Schiller to take advantage of District emergency legislation to defer the mortgage payments for three months. After that, she’s unsure what life will hold for them.

Still, Lowry-Schiller seems to take it all in stride, as do her kids, especially her eldest. “He’s only 22 months, so I think he thinks this is his life now,” she said. “He loves all the animals.”

There are still a few ways that Hill residents can help Lowry-Schiller and her family –both directly and indirectly. Lowry-Schiller has started to GofundMe to raise enough money to fly her family out of El Salvador. You can go online and donate now. is listed in the DC Virtual Tip Jar, a way for people to send tips directly to restaurant workers unemployed due to the COVID-19 crisis –her Venmo handle is @nikina-Lowry-schiller.

Lowry-Schiller’s employer José Andrés has created a limited edition ‘Employee Support Fund’ gift card. 50 percent of purchases go to the ThinkFamilyFund which helps provide assistance and health care to all the workers in the Jose Andres ThinkFoodGroup restaurants.

New Hospitals Planned for Wards 1 and 8