Police closed down the 1100 Block of Sixth Street NE and the 600 Block of L Street NE midday Thursday after gunshots were traded between two vehicles in the area, located a few blocks north of  H Street NE Whole Foods and just north of J.O. Wilson Elementary School (660 K St. NE).

Police said the call came in around 11:37 a.m. this morning, and there are no confirmed victims. At this time, they are investigating shell casings on the scene, said a spokesperson.

In a Tweet, Councilmember Charles Allen said he had spoken with Metropolitan Police Department (MPD) Fifth District Commander William Fitzgerald, and that police were investigating at the scene, including reviewing video captured on area surveillance cameras.

This is an updating story. 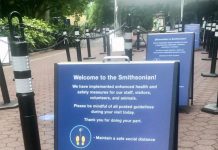 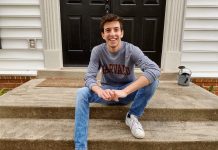 How La Plaza Stays Open: No Pay for Owner