EMMA
Jane Austen is a boon to filmmakers, with all her novels having been filmed. One of her droller works is “Emma,” from 1815, about the vagaries of misconstrued romance in Regency England. It has seen several film and TV versions, and now comes a fresh take, the first feature by music video maker, Autumn de Wilde (the film opened February 28, is rated “PG,” and runs 122 mins.)

Many filmgoers know the basics of the novel. Austen introduces Emma Woodhouse (Anya Taylor-Joy) to us as ”handsome, clever, and rich,” living in the fictional village of Highbury. Well-born, Emma is also spoiled and prone to meddle in people’s lives, particularly in finding appropriate matches for the low-born Harriet Smith (Mia Goth).  But in her scheming, Emma overestimates her own matchmaking abilities while being oblivious to a neighbor, Mr. George Knightley (Johnny Flynn). So how does this version of this decorous comedy of manners come off?

Surprisingly, Ms. de Wilde’s take is strikingly traditional and in period. Locations (gorgeous Yorkshire), costuming and hair (lavish), high-toned dialogue, and period music (Mozart, church tunes, and traditional airs)—all combine to present a world that Austen herself might recognize.  As a “comic” Austen novel, the opening tone is flighty and twee, but it develops a more poignant mood as the miscues of Emma come to affect people’s lives.

Typical of the Austen novel, a parade of assorted characters appears. The dependable Bill Nighy does a nice turn as Mr. Woodhouse, Emma’s father and resident curmudgeon. Josh O’Connor, as the unctuous curate Elton, is perfectly oily as he fails to win Emma’s affections. Miranda Hart (remembered as Chummy from “Call the Midwife”) is a touching Miss Bates, an earnest but gauche woman who receives disdain from the haughty Emma.

Goth as the pining Harriet is pitiful at first, so desperate is she an acolyte of the accomplished Emma. Later, she matures as a richer character, and her late dialogues with Taylor-Joy are a pivot point of the drama. Sturdy Johnny Flynn may seem too contemporary for the part; his quizzical look and unkempt mop of hair suggest a rock singer (turns out he does front an English folk band), but he acquits himself well as a reluctant but thoughtful swain.

Taylor-Joy is on new cinematic ground here. She made an impression in the Gothic drama “The Witch” (2015) and has since appeared in two horror thrillers.  Her Emma is far removed from those roles, and she shows she can handle period rom-com capably.  Her look—porcelain skin and marble eyes—certainly gibes with the character, and she shows moods both shallow and spirited with poise and care. For now, she will do nicely as the latest EMMA.

The Traitor
Told in epic form, “The Traitor” relates the singular true story of Tommaso Buscetta, the man who brought down the Cosa Nostra (the film is rated “R” and runs 150 minutes).

It begins in the early 1980’s, with all-out war between the Sicilian clans of the Corleonesi, headed by strong man Totò Riina (Nicola Cali), and the Badalamenti, to whom Tommaso belongs, having reached a fragile peace. But the pact cannot last, and Buscetta, a “made man,” flees to Brazil with his family to avoid the carnage. He then watches from afar as his two sons and brother are killed in Palermo, knowing he may be next. But by the spring of 1984, he is arrested by the Brazilian police and extradited to Italy.

In prison, Buscetta (Pierfrancesco Favino) makes a fateful decision to tell all he knows, with names, dates, and hits. His interrogator is another Sicilian as tough as he is, Judge Giovanni Falcone (Fausto Russo Alesi), and the result of that vast testimony is the famous maxi-trial in Palermo, with Buscetta the star witness before more than 300 mafiosi defendants. The trial itself, unique in Italian history, is shown as a rough and raucous affair, with many defendants raging against Buscetta from their zoo-like cages while the “traitor” testifies in his bullet-proof glass box. You couldn’t make this stuff up.

While the maxi-trial is the dramatic center of the film, “The Traitor” goes on to trace Buscetta’s life in the US under witness protection and later testimony against top boss Riina (who was still at large during the Palermo trial) and even high-level politicians involved in Mafia activities. Tommaso Buscetta got his last wish: he died in his bed in Miami, Florida.

Pierfrancesco Favino carries the film as Buscetta, and this veteran international performer (“Rush,” “World War Z”), sporting big hair and a big “stache,” handles the load with a mix of toughness and grace, portraying a once violent man who seeks a way to a better life. While there is plenty of action and suspense in the film (well over two hours), the best scenes are quiet, thoughtful ones where Tommaso pours out his truths to the solemn but sympathetic Falcone.  That two-man exchange exposed the world of Cosa Nostra forever.

After a career as a writer/reviewer, film programmer, and all-around gadfly, Kael (1919-2001) attained the job of film critic for The New Yorker in 1968,  the stellar spot in the business.  Moreover, she did it as a woman in a field dominated by men. With a crackling and contentious prose style, unwavering self-confidence, and a deep love of the medium, Kael proved to be a   charismatic and provocative voice, turning the tone of movie criticism on its head.

As a fan, she lauded the 1930’s smart comedies. As a contemporary voice, she famously championed the New Hollywood Cinema of the late 1960s and ‘70s from directors like Arthur Penn (“Bonnie and Clyde“), Martin Scorsese (“Taxi Driver”), Robert Altman (“Nashville”), along with some prominent European directors like Bernardo Bertolucci (“Last Tango in Paris”).  As a tweaker of the Hollywood ethos, she delighted in savaging some of the era’s biggest studio hits, like “The Sound of Music” and “Dirty Harry”.

“What She Said” offers a banquet of well-chosen film clips of Kael opining over the breadth of her career and including some new archival material.  Actress Sarah Jessica Parker reads from Kael’s distinctive reviews.  A parade of filmmakers (Paul Schrader, Quentin Tarantino, David O. Russell) and critics (Molly Haskell, Camille Paglia, and David Edelstein) speak to her continuing contributions and influence. 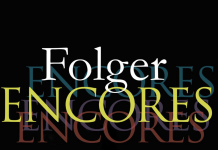 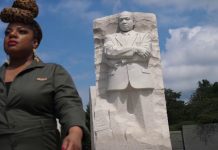 From Pandemic to Protest

How La Plaza Stays Open: No Pay for Owner