From Citizen to Snowflake

To say that America is divided these days is something of an understatement. So how did we come to this rancorous pass? And is there any way for us to move beyond it?

In “A New American Creed: The Eclipse of Citizenship and Rise of Populism,” sociologist David H. Kamens undertakes a comprehensive analysis of the policies and politics that led to what he calls the nation’s “legitimacy crisis.” Prior to and during World War II, he writes, Americans embraced a “we’re all in this together” ethos. Being a patriotic and responsible citizen meant civic participation: voting, enlisting in the military, volunteering, and joining community organizations.

Over the next few decades, this collective spirit gave way to a preference for individualism, with crowdsourcing and empowerment of individuals replacing old models of citizenship. This change led to a rise in populism and to the notion that “what happens in the center matters more” and that popular opinion trumps “knowledge, expertise, and the wisdom of experienced leaders.” The result has been a surge in culture wars, with political rhetoric and the media fanning the flames and social media serving as “purveyors of conflict.”

Is there a way out of the madness? Kamens is not optimistic. “The most challenging task,” he writes, “will be persuading the electorate that there are solutions to these problems, but it is unclear whether either political party is up to this daunting task. Given the present state of politics there are many reasons to doubt that it will work.”

“A New American Creed” is so rich in data and original insights—of which this review can barely scratch the surface—that it should be required reading for every officeholder, candidate, and voter interested in understanding the current political climate, how we got here, and whether the situation is reparable.

David H. Kamens is Professor of Sociology Emeritus at Northern Illinois University and has written extensively in the fields of political, educational, and organizational sociology. His previous publications include “Beyond the Nation-State: The Reconstruction of Nationhood and Citizenship.”

Libraries are not generally known as hotbeds of intrigue and adventure. But in Con Lehane’s 42nd Street Library Mystery Series, adventure seems to find Raymond Ambler. In fact, the besieged librarian worries that the crime fiction collection he curates “somehow begat murders, not simply on the pages of its mystery novels but off the page as well.”

In “Murder Off the Page,” the trouble starts when an attractive and mysterious woman requests access to the archives of a Long Island mystery author. While her request is granted, she seems oddly out of place, overdressed and unaware of research protocols. Later, when Ambler and his colleague (and love interest) Adele Morgan run into her at the Library Tavern, she has clearly had too much to drink and is babbling indiscreetly to everyone within earshot. Adele worries that the men dancing attendance will take advantage of her. Raymond wonders what she’s hiding. And Brian McNulty, “everyone’s favorite bartender,” is smitten. 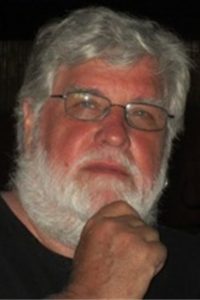 Then a man is found dead in the woman’s hotel room, she and McNulty disappear, and the bartender becomes a prime murder suspect. As an amateur sleuth—and close friend of McNulty’s—Ambler feels obliged to get to the bottom of things. He is aided in his search by Adele and NYPD homicide detective Mike Cosgrove, who can’t believe that Ambler is involved in yet another case. “One more murder connected to your collection, I’m going to have the city close it down as a public nuisance,” he fumes.

Con Lehane gives mystery lovers plenty to chew on in his entertaining and good-natured series, including plot twists, engaging characters with complicated lives, psychological nuance, just a hint of romance—and an underlying belief that even “those killers so monstrous we don’t even want to try to understand them almost always have their roots in innocence.”

Making Inroads in the East

America has a populist president whose cabinet is being “churned around furiously” by a revolving door of resignations. The consular system is in disarray, and trade with China is problematic at best. Against this politically tumultuous background, President Andrew Jackson in 1832 taps a New England merchant named Edmund Roberts for a secret mission to scout out trade opportunities in Asia.

In “Embassy to the Eastern Courts: America’s Secret First Pivot Toward Asia, 1832-37,” naval historian Andrew C.A, Jampoler describes the two voyages that Roberts made on the USS Peacock. Carrying draft treaties from the president, Roberts visited Siam, China, and other ports of call to try and persuade the leaders there to open trade to US ships. Hindered by language barriers and cultural misunderstandings, he met with only limited success, but he nonetheless made a sterling effort, negotiating two of the four treaties he set out to secure and logging some 86,000 sea miles during his four-and-a-half-year effort.

But while Roberts didn’t “fundamentally change the underlying economics of trade as [he] had hoped his agreements would do,” he did help clear the way for US Navy vessels to operate in Asian waters, which may stand as his most significant achievement. Edmund Roberts died during his second voyage, in 1836, at age 52. He is buried on Macao.

Based on a wealth of resources, including first-hand accounts from the diaries of the ship’s surgeon and others, letters from Roberts himself, naval records, and journal articles, “Embassy to the Eastern Courts” provides a vivid account of our early diplomatic efforts in the  East. Filled with thumping good stories and eccentric characters, it at times reads like a Patrick O’Brian seafaring adventure, but the accompanying maps, etchings, photos, logs, and artwork remind us that such undertakings were all too real—and all too perilous.

Andrew C.A. Jampoler spent nearly 25 years as an active-duty naval aviator and is the author of six other books published by the Naval Institute Press. www.jampoler.com.

On the Hill in December