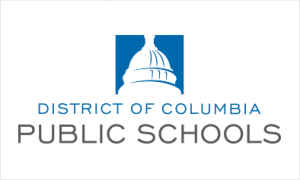 Schools may get the biggest share of DC’s local revenues, but that doesn’t mean they get enough. A closer look shows that the education budget continues to fail students who need that money the most—falling far below what experts say is adequate and not keeping up with rising costs year-to-year. Over the past seven years, the gap between actual funding and what’s needed was over $700 million.

The consequences show up in several ways in this year’s school funding. Despite deep inequities in school outcomes by income and race, 15 schools in Wards 7 and 8 saw their budgets cut this year. Beyond that, DCPS openly misuses special funds for students who are considered “at-risk” of academic failure. Instead of putting that money into the programs for which it was intended, a large share of at-risk funds is re-allocated to cover other school operating costs because base funding for DCPS falls short—hurting students in DC’s lowest-income and primarily Black neighborhoods. The impact also shows up in DC’s public charter schools.

The path to good school outcomes, and education equity, has to start with a rational budget-setting process that gives all schools what they need, provides additional funds to address inequity, and increases from year to year to keep up with known costs.

DC funds public education through the Uniform-Per-Student-Funding Formula (UPSFF). This school year, the formula set a base allocation of $10,980 for every student that enrolls in DC Public Schools (DCPS) and DC public charter schools. The formula is weighted based on student grade levels, with additional funding for children with added needs, including special education, English Learners, and students “at risk” of academic failure.

In 2013, DC’s Deputy Mayor for Education released an analysis of the costs of providing an educational program to support all students in meeting academic standards. It recommended a base per-student funding level of $10,557, or $11,840 if adjusted for inflation to 2020 dollars. Yet the budget adopted by Mayor Bowser and the DC Council provides funding that is $860 per student, or seven percent, below the recommended level. The total shortfall in base funding is at least $80 million this year. Over the past seven years, the shortfall adds up to a $700 million distance from an adequate budget.

DC has two laws about how DCPS must allocate funding to individual schools. First, no school should lose more than five percent of the previous year’s allocation. Yet 19 schools lost five percent or more of their budget this year, and 15 of them are in Ward 7 or Ward 8.  This isn’t fair or the right way to get to education equity.

Second, at-risk funds generally must follow the student to their school. In other words, a school with a large percentage of at-risk students should receive additional supplementary funding over schools with higher incomes and fewer at-risk students. Yet several reports from the DC Auditor show that DCPS uses at-risk funds to pay for core education staffing. More adequate base funding would allow schools to address basic needs without having to tap at-risk funds.

In the public charter sector, an inadequate UPSFF and the lack of labor protections mean that some teachers do not make a living wage. The average starting wage for charter school teachers $45,750—is not a living wage or a way to keep talented teachers in the classroom.

Budget Does Not Keep Up with Rising Costs

Examining and accurately projecting the education budget’s key cost drivers are essential to adequately funding the District’s educational needs. This year, per-student funding increased less than the increase in the average cost of a DC Public School teacher. This is the second time in three years that increases failed to keep up with costs. That means that overall, schools are facing challenges maintaining current staff and services.

Getting to a Sound School Budget

The reality is that for a long time DC hasn’t had a system for developing the school budget in a logical way. Rather than looking at the costs of the city’s staffing model and taking a look at how costs rise year to year, the discussion over how much to devote to education is based on other factors, like the city’s available revenues or other spending needs. While those are legitimate constraints, it’s a problem if that means consistently underfunding schools. And it needs to change in time for Fiscal Year 2021.

The Mayor, the DC Council, and the Deputy Mayor for Education (DME) all have a role to play in building a better budget to support the 94,603 public school students that show up to school every day eager and capable of learning at high levels. The education budget should be sufficient to keep up with rising costs, stabilize school budgets, and ensure all teachers earn a living wage.

• The Mayor should tie the annual UPSFF percent increases to rising personnel costs and inflation and commit to a plan to close the seven percent gap between current funding and the recommendations of the DC Education Adequacy Study;

• DCPS should provide stabilization funds to schools with declining enrollment to make sure that a drop in enrollment doesn’t result in devastating cuts for the students who remain;

• DCPS should ensure at-risk funding is supplemental to each school’s base funding; and,

Alyssa Noth is a Policy Analyst at the DC Fiscal Policy Institute (www.dcfpi.org). DCFPI promotes budget and policy solutions to reduce poverty and inequality in the District of Columbia and increase opportunities for residents to build a better future.