We live in a time when the President and the Congress are almost constantly at loggerheads, each accusing the other of acting unconstitutionally. The President says the Congress is abusing its authority under Article I of the Constitution, and the Congress says the President is abusing his authority under Article II. In addition, the two Houses of Congress are also at loggerheads, each accusing the other of misusing its authority. As a result, the executive and legislative branches of our government are often unable or unwilling to work together to fulfill their responsibilities to the people.

In these circumstances, the people must turn to the third branch of government   — the federal courts — to determine and uphold their rights. Under Article III, as Alexander Hamilton explained in Federalist Paper No. 78, the courts in the end have the power and responsibility to hold the other two branches accountable to the rule of law. The Supreme Court affirmed this principle over 200 years ago in Marbury v. Madison, stating that “It is emphatically the province and duty of the judicial department to say what the law is. “

Residents of the District of Columbia are now testing this fundamental constitutional principle to determine whether the courts will protect their most fundamental right —the right to vote. A group of those residents brought suit in federal court asking the court to declare that they have a constitutional right to voting representation in Congress and that the Congress and the President have the authority and duty to protect that right.

Specifically, these DC residents assert that they are constitutionally entitled to the same congressional voting rights that other American citizens have, just as these DC residents have the same responsibilities those other citizens have to obey the laws, pay the taxes, and fight in the wars that the Congress declares. And yet, more than 200 years after the Constitution established our democracy and our Declaration of Independence rejected taxation without representation, residents of the Nation’s Capital are excluded from full participation in that democracy and remain subject to taxation without representation.

It is time to end this inequity. The Supreme Court has repeatedly declared that the right to vote is fundamental under our Constitution. It is clear that there is no legitimate purpose served by denying that right to DC residents. It is also clear that Congress and the President have the power under Articles I and II to grant that right. The federal courts should use their Article III power to declare that the denial of that right to DC residents is unconstitutional.

Walter Smith is the Executive Director of DC Appleseed. 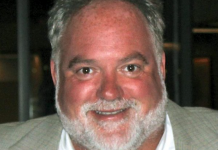 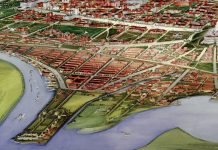 Opinion: On Redistricting and Southwest