A Day in the Life of America
Gene Weingarten is like the Ken Burns of print journalism. Give him a topic—any topic—and he’ll delve into it and find stories that will keep you riveted, even without the vintage photos and plonky soundtrack.

A case in point is “One Day: The Extraordinary Story of an Ordinary 24 Hours in America,” in which he drew numbers out of a hat to select a random day—December 28, 1986—and set to work. His goal, he writes, was to convey “the concept of a day, the soul of it, something that is more feeling than fact.” It helped that on that date, as he notes, “Stuff happened and things changed.” It also helps that he’s a damn good writer. 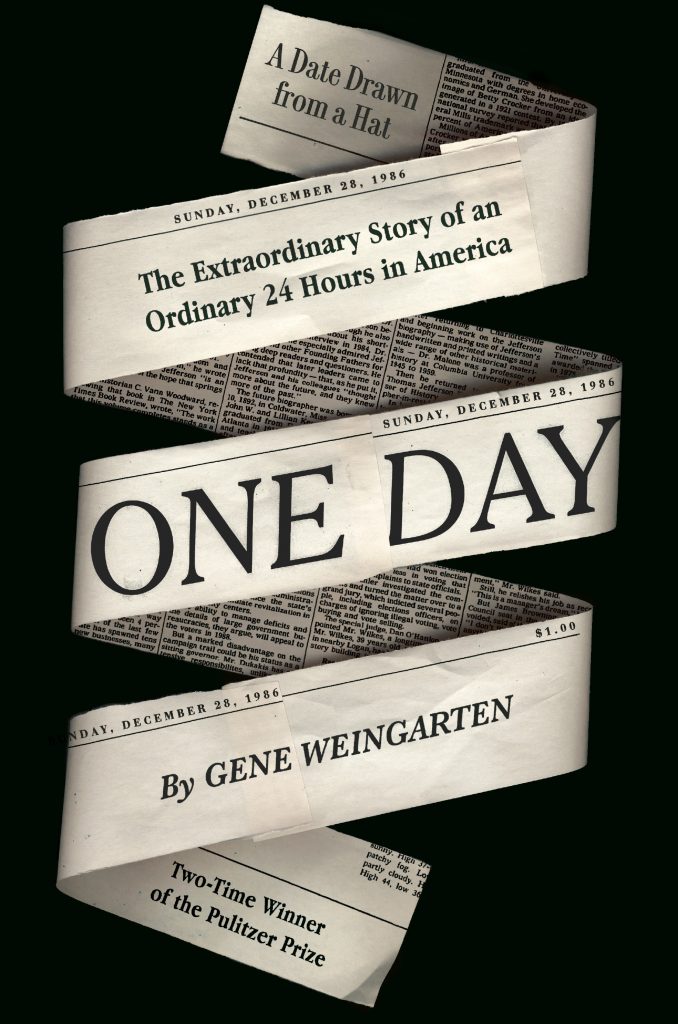 The book starts at 12:01 a.m. with the very first heart transplant at what was then Fairfax Hospital and ends at 11:55 p.m. with a Grateful Dead concert in Oakland, California. In between is a collection of vignettes as varied and remarkable as America itself. A master storyteller who conducted more than 500 interviews for the book, Weingarten riffs on many themes—resilience after a monstrously disfiguring fire, the short-lived euphoria of a close call, a criminal’s shredding of a community’s social contract—to dig out the deeper meaning.

Or not. Sometimes he finds that the events he describes defy cosmic explanation. “Perhaps, in some spiritual otherworldly way, he was meant to do this?” he wonders about the fate of a man who, spared from an aviation disaster, goes on to become a rescuer of hikers and rafters. “Maybe this carries the thumbprint of something bigger than all of us?” “Naw,” the guy squelches that lofty notion. “I just spend a lot of time outdoors.”

From the controversial subjects of race relations in a white borough of New York and the closeting of homosexual men dying of AIDS to the seemingly mundane theft of a contentious weathervane in Rhode Island and the use of instant replay at a Redskins game at RFK, Weingarten finds not only resonance in the 18 stories he tells but also insights into the social timbre of the country at the time. “The events of a single day are hard to hold on to in the relentless flow of time, the most powerful and mysterious force of all,” he writes. “Everything moves on.” But thanks to Gene Weingarten, we get a powerful glimpse of who we were, at least on one particular day in 1986.

Weingarten is a two-time Pulitzer Prize-winning journalist for the Washington Post, writing both long-form stories as well as the Below the Beltway humor column. His previous books include “The Hypochondriac’s Guide to Life,” “Old Dogs Are the Best Dogs,” and “The Fiddler in the Subway.” Find him on Twitter @geneweingarten.

An Unsentimental Eye
Janet Umble Reedy’s clear-eyed vision shines through in her new book of poems, “White Frames.” In the first section, she shares impressions of her Midwestern childhood, her family history and her memories, some of them stirred by the white-framed pictures in old photo albums. But hers is not a fuzzy-lensed nostalgia. She remembers the hard-working farm wives— 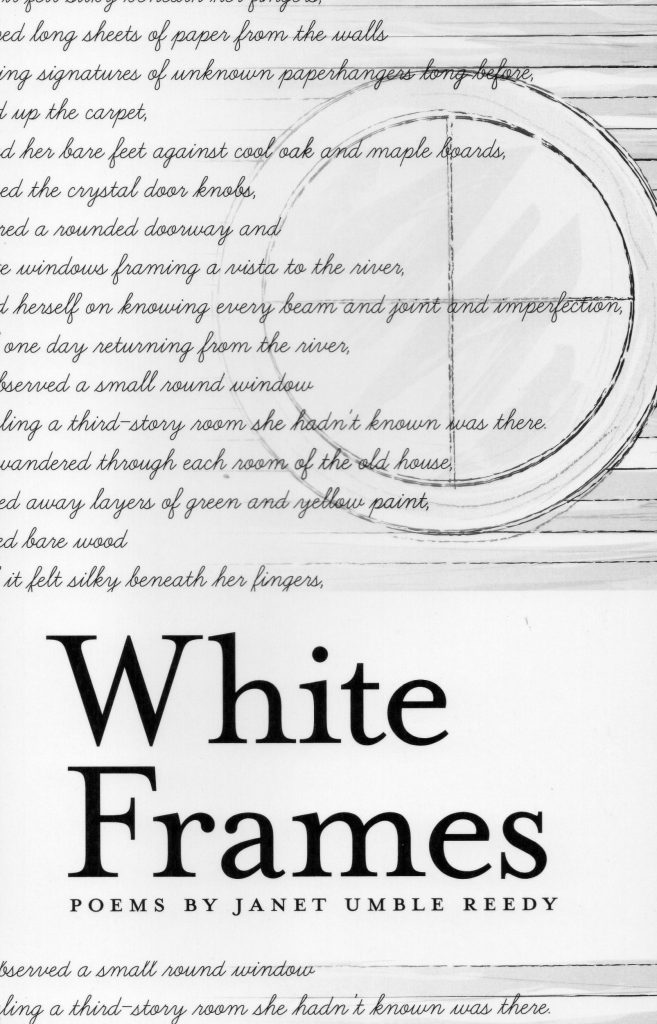 “cooking, cleaning, gardening, preserving”—and the men who “cleared the woods where Indians once hunted and fished, / not asking where or why the Indians had gone.” And she recognizes that she has now taken the place of these forbears as part of the oldest generation: “Now I am the only one who remembers / the stories of my childhood. / No one know the answers / to the questions / I forgot to ask.”

The second part of the book, “The Foreigner,” focuses on Reedy’s time living in Greece and Southeast Asia. Here she is an outsider—and an astute observer of people, customs, and landscapes—but her often lush imagery never romanticizes the reality behind the tableaux she describes. As she is served a juicy pomelo in a tropical garden, she acknowledges “the bombs dropped by Americans on this village,” and at a Vietnamese church filled with “fluttering silk tunics, / colors of the rainbow,” she feels the “ghosts of the fallen soldiers / of all the armies that once fought here / lurking at the edges.”

In the book’s final portion, “Third Story Window,” Reedy finds in the changing of the seasons—and in the “kin-dom” of her faith community—renewed hope against the darkness of grief and despair. Even in the bleak landscape of dead, brown winter fields, with their “dry stubble, sad vestiges of life and hope,” she finds rebirth: “Stripped of distraction in this winter season, / the roots and branches of my life / endure, / sustain the waiting.”

Janet Umble Reedy is a teacher of English as a Second Language who moved to the Hill four years ago.

Cold Air, Hot Cemetery
Richard Agemo’s newest short story, “Sorrow’s Wind,” opens in Congressional Cemetery where Dena Odems is visiting the plot that her uncle bequeathed to her. Despite a perky employee assuring her that “Congressional is the hottest cemetery in the District of Columbia,” Dena feels uneasy. And when portentous “fingers of cold air” wrap around her, you know you’re in for a creepy ride.

Later, in the course of her research on 19th-century American theater at the Library of Congress, the history professor becomes sidetracked by the obituary of an actor who drowned in a local canal in 1851. The story unsettles her, evoking flashbacks to her sister’s death by drowning many years before. Is there a link? Were the two deaths really the accidents they were purported to be? And what role will her deceased uncle and her dog, Crab, play in leading her to the answers?

Richard Agemo writes short stories in a variety of genres as well as novels exploring alternative views of history and blog posts about Shakespeare that focus on how the canon mirrors real people from the Elizabethan era. “Sorrow’s End” appears in the June 2019 issue of “LampLight: A Quarterly Magazine of Dark Fiction” (www.lamplightmagazine.com), which is available here on the Hill at East City Bookshop. www.richardagemo.com

On the Hill in October
Visit these websites to find listings for full listings of local readings, book clubs, discussions, and signings:

Come Sing with the Second Wind at CHAW