If you own an automobile, you are required to have automobile insurance. This insurance does not pay for gas, oil, new brakes, and other usual maintenance. You pay out of pocket for these. And you shop around (if you are the thrifty type) to get the best price for these products and services. Insurance pays up if you have an accident or if your auto is stolen or vandalized. The same applies with homeowner insurance. It does not pay for maintenance. It pays up for fire or floods or if the wind blows your roof off or if you are robbed or vandalized. What we have come to call medical “insurance” is actually a way to pay for any medical attention. It is an elaborate bill-paying scheme.

An example:  A couple years ago I had an inguinal hernia operation. A year later I needed a second repair on the opposite side. Same surgical problem, different side, and different surgeon. Both went pretty much as they should, the second with a bit more post surgical discomfort, nothing dangerous, in the hospital a few extra hours. I was interested in why I was a bit sicker post-second operation so I did some inquiries. It seems the second anesthesiologist gave me more drugs.  Maybe that was why I needed a few more hours to recoup. OK, each anesthesiologist has his own way to do the procedure. Interesting, but no significant complaints on my part. The shocker was in my research I discovered that the first operation cost about $8000, and the second operation cost about $16,000. When discussing what procedure to use for the second hernia (the surgeon was well versed in both), it didn’t occur to me to ask the price. I/we chose the second procedure because it gave some quite small advantage to avoid relapse, i.e. failure of the repair. And the surgeon liked the second procedure a bit more. The point I’m making here is I never asked how much the procedure cost!! (Note: there is a “Hernia Clinic” in California that offers hernia repairs for under $4000)

I’m a capitalist. I’m also a progressive democrat. So I believe both in competition in the market place and I also understand that regulations are necessary given human insecurity and greed. I also understand the concept of universal responsibility for the poor, the hungry, the lame, the homeless, and children. So I see “universal health care” not as a political right (health care is not mentioned in the Bill of Rights), but a moral responsibility.  Oh, I have existential and  libertarian leanings as well, i.e. I believe in personal responsibility. How does a capitalist, a social democrat, a humanist, an existentialist come up with a plan for universal access to medical care. The answer: SUBSIDIZED PERSONAL HEALTH ACCOUNTS.

The US spends roughly $10,000 per person per year for medical care, twice the amount of other first world countries. Even so we get poorer outcomes as indicated by significantly decreased longevity and increased infant mortality. What Richard Nixon taught us (besides never to record personal criminal conversations) is that price fixing does not work. At least it does not work in the USA. His Executive order # 11615 placing a nation-wide price freeze was a gross failure. “Ranchers stopped shipping their cattle to the market, farmers drowned their chickens, and consumers emptied the shelves of supermarkets.”  (Daniel Yergin and Joseph Stanislaw explain in The Commanding Heights: The Battle for the World Economy, 1973),

Medicare, Medicaid, and most insurance plans dictate both to the doctors and the patients not only what procedures and treatments are allowed but also how much they will pay. And oh yes, let’s not forget the “co-pays.” There are even terrible plans that pay nothing until you spend $2000-3000. How many of you are told, “No, we will not pay for services with that doctor. He is not in your network!” And, you are not rewarded for being thrifty. Dr X in your plan may charge $1000 for a test whereas you might be charged $500 by Dr Y. But Dr Y is not in your plan. And there is no incentive to challenge or negotiate with your doctor. “Do I really need that expensive MRI? Can’t we wait a few weeks and see if  X clears?” And we never ask “How much does it cost?” No, we only want to know if our insurance plan pays for it.

Personal health accounts would require each of us to contribute to our own account. Those who can’t afford the contribution would be subsidized by public funds. Those whose Labor Union or corporation supply coverage would place that money into each private health plan. So no one would lose the coverage that they like. But, it would give individuals more control of their coverage. And, this is important, each of us would have more responsibility. “ How much is that going to cost, Doc? Hmmm, maybe I can get that cheaper!” Those who value their health and rarely use the medical system could be rewarded: A yearly refund out of their private health account!

Dr. Tarantolo is a psychiatrist and a long-time resident of Capitol Hill. 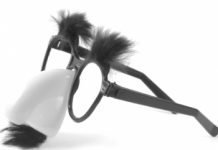 In Celebration of Gottlieb Simon 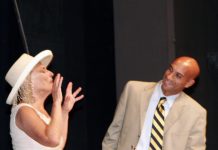