The Eastern Wine Bar (360 Seventh St. SE) has a polished, mid-century feel. It reflects the quality of product and service, said owners Mike Schuster and Matthew Weiss – but it isn’t pretentious.

The atmosphere is sophisticated and the staff is knowledgeable, but Weiss and Schuster emphasize that The Eastern is a relaxed place to drop in for a glass and a bite, “from somebody in a suit and tie coming and having a proper Manhattan, to people coming in after Orangetheory and having a glass of wine.”

The new 30-seat wine bar with a 20-seat patio is set to officially open at 4 p.m. July 30th. It is the latest offering from Schuster and Weiss, who individually own a number of District establishments, including Weiss’s Union Pub (201 Massachusetts Ave. NE) and Schuster’s Trusty’s (1420 Pennsylvania Ave. SE). Together, they opened local favorite Barrel (613 Pennsylvania Ave. SE) in 2014.

The Eastern builds on Barrel’s service style, said Schuster. “It’s kind of like Barrel’s older sister, maybe a touch quieter, with a little more wine-forward focus,” he said. “We want to bring the Barrel style service model to a different location.” 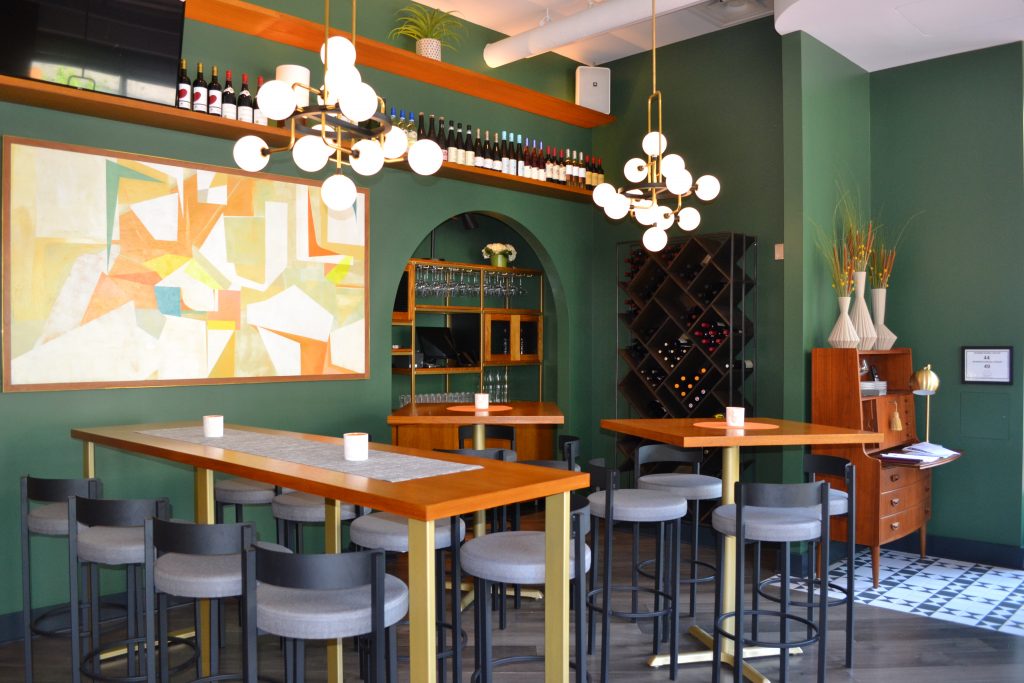 A Road Map to the Bar
The extensive wine list features bottles priced from $32 to $150 each, all available by the glass, facilitated by a state-of-the art wine conditioning system. With three sommeliers on staff, guests can ‘nerd out’ as Weiss puts it, or they can stick with something they’re more familiar with.

To keep all the bottles accessible and lower the intimidation factor, General Manager and Sommelier Robert Morin, former wine director at The Partisan, has broken the list into categories of ‘like’ wines.

In the ‘If You Like Pinot Noir’ section, you can find a Joseph Drouhin Chorey-Les-Beaune burgundy listed above a Garzon Cabernet Franc from Uruguay. Morin said that people don’t usually associate Cabernet Franc with a burgundy, but the two are united by their similar light-bodied earth-driven style. “If you love burgundy, you can stick to home, but if you really want to go crazy and have a Uruguayan Cabernet Franc, and not feel like you’ve strayed too far from home, you can,” he said.

The bar also stocks a great selection of whiskey, adds Bar Manager and sommelier Daphne McDermott. “Because of who’s behind the establishment, there’s a lot of brown liquid behind the bar,” McDermott said, pointing to what she called the “unicorns,” the rare whiskeys lining one special shelf behind the bar. Labels include Happy Van Winkle, and bottles from the Buffalo Trace Antique Collection. Many of these are very difficult to acquire or are straight-out-of the barrel releases.

The Eastern offers a full bar with classic and original cocktails, a curated list of local beers, including local drafts Peabody Heights Astrodon Hazy IPA and the Clown Shoes Mango Kosch, but also Miller High Life, the Champagne of Beers.

Menu
Although The Eastern is, by design, a ‘bar-forward’ kind of place, it still offers a really good dinner date experience. The menu offers bites that can be paired with a glass of wine from the extensive list, or with one another to make a full meal.

The menu is in the hands of Executive Chef Walfer Hernandez, who will split his time between The Eastern and Barrel. At The Eastern, he said he enjoys the challenge of creating an entire menu in a kitchen without a hood, preventing him from grilling on open flame. He sources most food locally, getting much of it right across the street at Eastern Market.

Hernandez said that, together with Morin, he intentionally designed the menu to pair with the wine, but also introduces a little of his Guatemalan roots. Such is the Moronga Sausage, served with pickled carrots, fontal and crostini. “It’s very earthy and super-fresh,” said Hernandez. “It comes originally from the east of Guatemala and is made with flavors of mint. It’s balanced out with the heat and acid from hot radish mustard.”

“Usually you don’t think it’s 98 degrees, I’m going to get some sausage,” Morin concedes. “But in Guatemala, it’s always 98 degrees, so they need to make it fresher, lighter sausage.”

Asked for his recommendations, Hernandez lists the sausage but also the sea bass ceviche served Asian style, with ginger, garlic and honey, served with light golden tortilla chips, and the scallops served with a celery root puree and brown butter sauce.

Dishes range from $8 for pita and hummus to $20 for the scallops. For $48, commit to the “Beastern” and sample all charcuterie and cheese.

Both the beverage and food menus will change to reflect the weather and the seasons, said Morin, describing each as “a living, breathing thing.”

‘A Neighborhood Joint’
Weiss and Schuster say that the time and place were ripe for The Eastern to open. They opened Barrel as the restaurant scene on the Pennsylvania corridor took off between Fourth Street and Barracks Row, with restaurants springing up around Mr. Henry’s. They watched as the Hine Development rose, looking to enter the Eastern Market corridor as more and more people were drawn to the area.

The Eastern has a timeless interior and carefully curated offerings, but the two say it is first and foremost a place for the neighborhood.

“Mike and I just always start with, let’s be the best neighborhood joint that we can be, and then if your reputation spreads beyond that, that’s great,” said Weiss.

The Eastern Wine Bar is open at 4 p.m. daily (closing hours vary based on business). Follow them on social media @theeasterndc