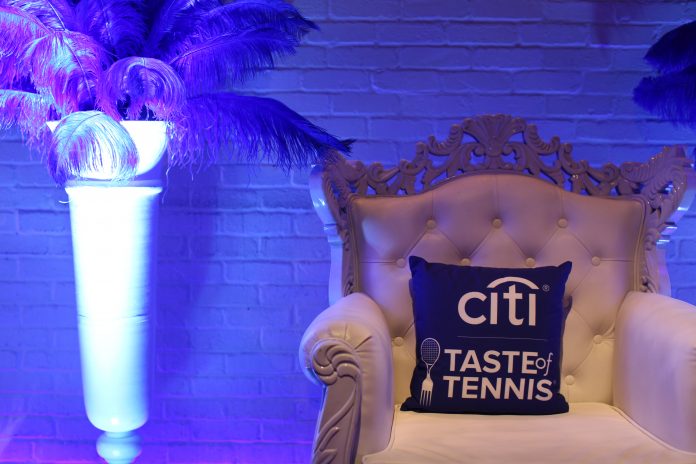 Foodies and tennis fans are invited to an evening of incredible cuisine prepared by top local chefs and “served” by some of the top pro tennis players as Citi Taste of Tennis returns to Washington DC for the second year Monday, July 29.

Headliners include John Isner, currently ranked world no. 9 in men’s singles by the Association of Tennis Professionals (ATP) and is considered one of the best servers on the ATP World Tour. He currently has the second-most aces in the history of the ATP World Tour, having served 10,757 aces.

At the 2010 Wimbledon Championships, he played the longest professional tennis match in the history of the day, defeating Nicolas Mahut in a total of 11 hours and 5 minutes of play over the course of three days.

Other tennis stars include Kevin Anderson, who beat John Isner in the second longest match in Grad Slam history, at the 2018 Wimbledon Semi-Finals, as well as Gael Monfils, winner of the 2016 Citi Open, Karen Khachanov, the youngest professional Russian player to win a U-18 European title and Sloane Stephens, holder of 6 WTA titles and 2017 US Open Champion.

Attendees can also expect great music from DJ Mad Linx, formerly of BET and WPOW as well as great fun with a photobooth, an exciting cooking demonstration, and a number of surprises. Best of all, a portion of proceeds raised at the Citi Taste of Tennis benefit the Washington Tennis & Education Foundation.

The event takes place at the Hamilton Live (600 14 St. NW) From 7 p.m. to 10 p.m. Monday, July 29th. Tickets to the event are $200 and include unlimited food and drink throughout the evening. Group discounts are also available.

For more information and to purchase tickets, please visit www.tasteoftennis.com/dc and be sure to follow #CitiTasteofTennis on social media for updates.

Jazz Up Saturday With Hill Fest’s Concert in the Park