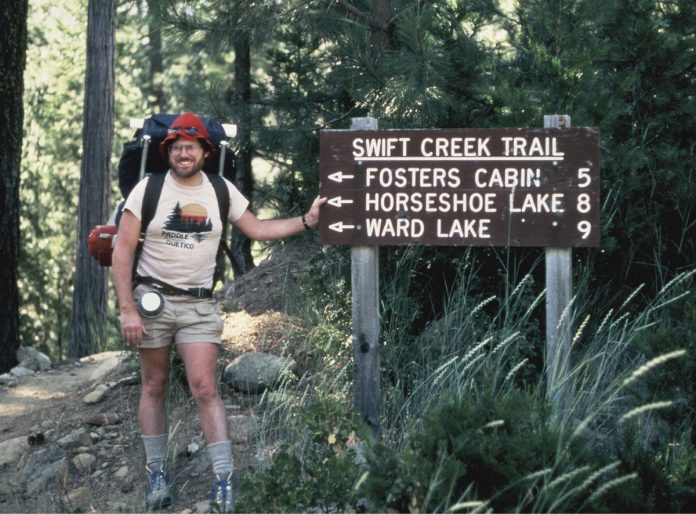 We recently lost a great friend and neighbor, Tom Grahame, who passed away on Saturday, June 8, 2019, from complications of Amyotrophic Lateral Sclerosis (ALS).

Tom Grahame was, among his many other amazing traits, a great soccer coach, something I learned playing fullback on his teams for 20 seasons. Sidelined by a knee injury after a decade as a player, Tom decided to trade in his “boots” for a clipboard, and became coach of the team. Tom spent the next two decades striding up and down the playing field, occasionally bursting out with his booming voice to his players — “INTENSITY” — followed by another period of striding, then another outburst — “TRANQUILLO” — and proceeded to repeat this throughout most of the game.

The fact that the words “intensity” and “tranquillo” seem to be polar opposites didn’t bother Tom, and anyone who knew Tom knew why, for these two traits aptly capture the man in all his glory.

Tom was as intense as anyone could be about a great many things — old time rock-and-roll, birding, vintage wine, the environment, canoeing, geopolitics, the Red Sox, bridge, the Capitol Hill neighborhood he called his home for much of his life — to name a few. Tom was wicked smart and had boundless energy and enthusiasm: When he tackled something he was interested in, he never went halfway. He was an “intellectual” in the truest sense of the word — he simply loved learning.

He wasn’t just obsessed with gaining knowledge, he also loved to share it, whether taking a friend’s young son birding, or sitting in on an amateur bridge game explaining the finer points of bidding, or engaging in — shall I say it — an intense conversation about the effects of climate change over a bottle of wine. His mind was encyclopedic: He had an uncanny ability to recall the highlights from nearly every soccer game he coached, myriad baseball stats, and the names of obscure blues guitarists. Every spring I would take him out for what became an annual session over drinks, where he would forecast the entire upcoming baseball season for me, so I would have something to say around the water cooler. 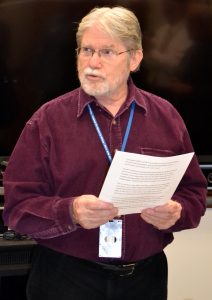 As intense as he was, Tom was also fiercely tranquil. In my nearly 40 years knowing him, first when he was my coach and then as a friend, I never saw him get angry. He was like a Buddha, with a big grin on his face most of the time, and frequently bursting into laughter at some amusement. An avid naturalist and environmentalist, Tom was at home hiking solo in the wild ranges of Alaska, where he often visited his sister Heather, to whom he was very close, to paddling the pristine waters of Canada’s lakes, whose tranquility echoed his own.

Tom’s two amazing traits found their flourish in his love of his lifelong partner, Jan Kern. The two of them shared their passion for food, entertaining, and friendship with a vast community of neighbors near and far. Tom nurtured Jan, and her art, and you could see his clear delight in her creations as he sat quietly beaming as she explained her work, whether it was to the children of their friends or to the patrons at her shows. They were married more than 35 years, a relationship that was a bedrock among their friends and extended family. They were like an aunt and uncle to our children.

Tom’s intensity and tranquility saw him through a tough childhood with an alcoholic father, and a multiyear stint at Harvard, where he dropped out as a sophomore to hitchhike across the U.S. and in Europe. Eventually he graduated and then earned a Masters degree in City and Regional Planning from Harvard’s Graduate School of Design in 1976. Tom enjoyed a long career at the Department of Energy, where he worked on air pollution and public health issues, authoring a dozen articles for scientific journals, and being cited more than 500 times. His love of writing extended to story-telling, which he practiced before a live audience at the Corner Store on Capitol Hill, and to authoring a collection of vignettes from his life that will be published as a book, “Adventuring Toward Adulthood: If You are Impulsive, You Better be Lucky,” which will be available on Amazon in the fall.

Through his life Tom remained an “old school” old soul. Though Tom was a prodigious emailer, he never owned a smartphone or had wifi in his house. He loved classic rock and roll and the music of the blues masters, which he played on his vast vinyl collection on a vintage record player. Tom sung in a rock band in his youth and had a great set of pipes, and at the regular music sessions we played at our home he and I would often begin the night with a rousing rendition of Jackie Wilson’s “Your Love Is Taking Me Higher”, which always brought down the house. He also loved to sing Doo-Wop whenever he got a chance (see sidebar).

In the end, Tom’s unique combination of intensity and tranquility helped him through his battle with ALS. He learned everything he could about the disease and how we might stave off its devastation. At the same time, he endured its degenerating effects with a sublime serenity that was an inspiration. “I’m just glad for every day” he often said. In the end, he remained a great teacher and coach for all of us, showing the way for a phase of life that we’ll all be going through at some point — and he passed through it with grace, tranquility and agency. We are glad for all the days that we had Tom on the planet. He will be missed. 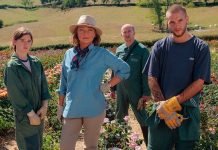 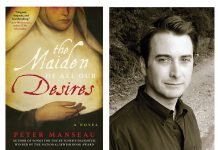 What Phase Two Restrictions Were Modified As of Mar. 22?