It may have rained on other parades, but it was sunny and hot along Barracks Row the morning of July 4th as neighbors and friends gathered for the 17th Annual Capitol Hill Community 4th of July Parade.

The parade, organized annually by Jeanne, Phil, Meg Real Estate in partnership with Naval Lodge #4, began at Eighth and I Streets SE marching along Barracks Row to conclude at Eastern Market Metro Plaza. 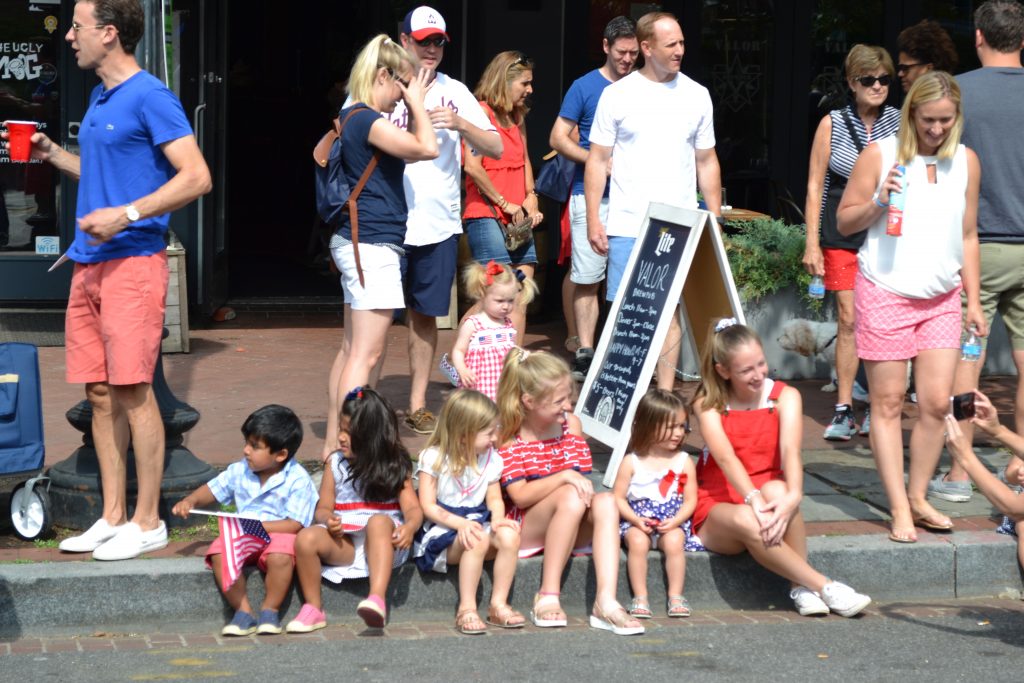 Ward 6 Councilmember Charles Allen (D) led the parade, following the WSMC band and Naval Lodge #4 with his family. The councilmember entered the crowd to shake hands and distribute flags, offering greetings to attendees lining the streets.

Appearances were made by other elected officials, including Mayor Muriel Bowser (D), accompanied by her green squad distributing flags and bouncing balls as well as At-Large Councilmembers Robert White, Jr. (D) and Elissa Silverman (I), the latter accompanied by a Theodore Roosevelt mascot in a Silverman #8 Nats jersey. 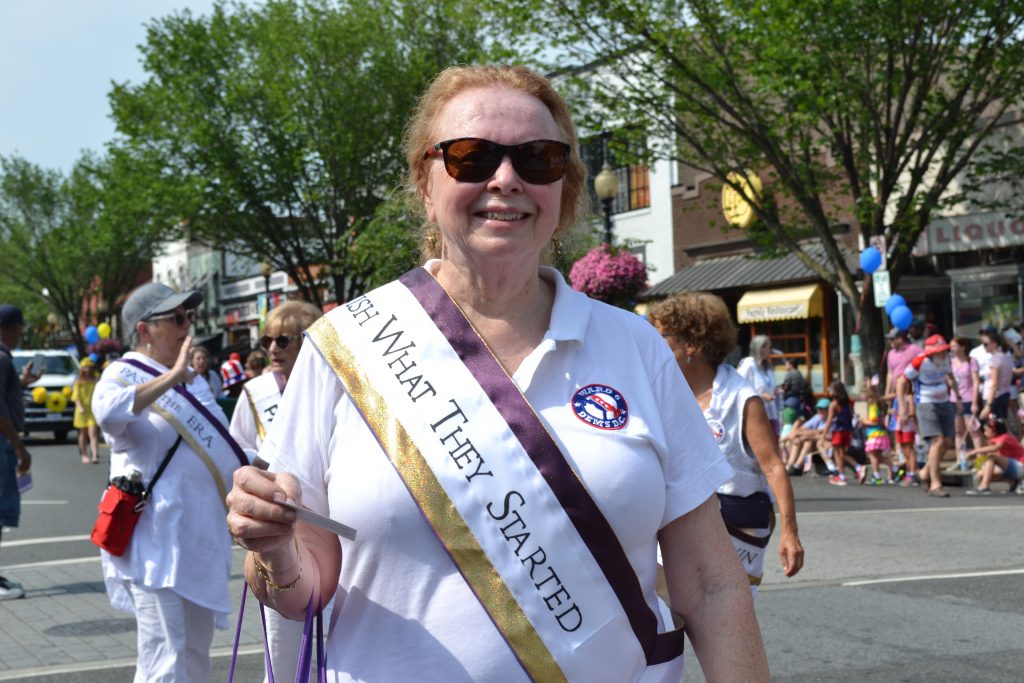 The DC Republican Party brought a vocalist who performed from a truck bed as the party proceeded along the street. Ward 6 Dems dressed in white to celebrate the 100th anniversary of women’s suffrage, wearing sashes and carrying signs emblazoned with slogans both historical and current, including “Votes for Women,’ ‘Pass the ERA’ and ‘Finish What They Started’. 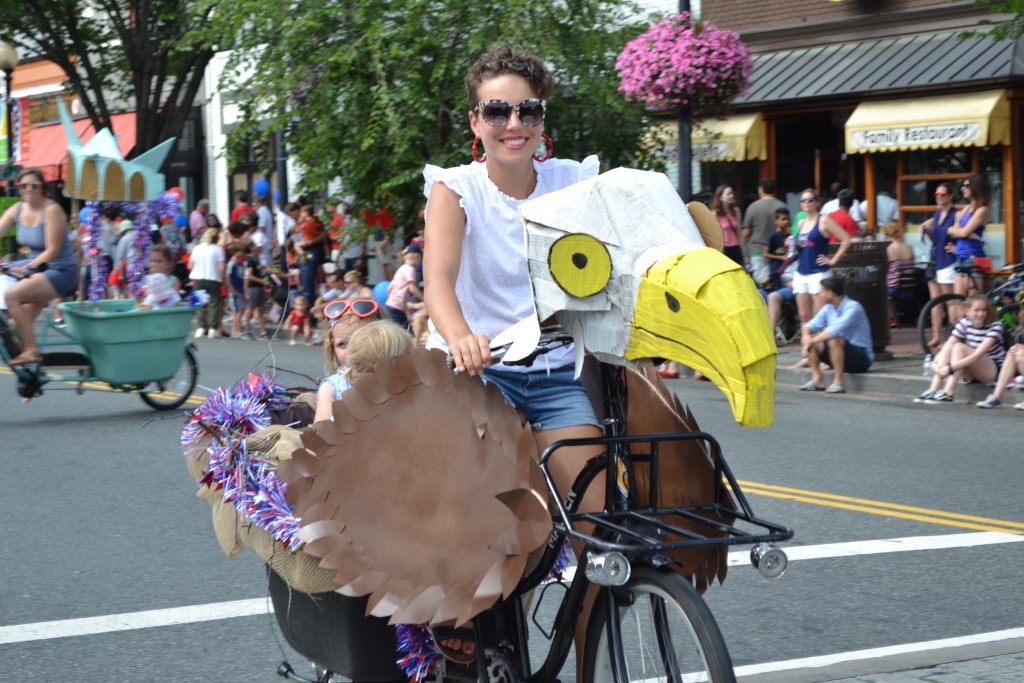 Garbed in fabulous costumes, the Capitol Hill Continentals again brought President George Washington to wish the assembled a happy Fourth, accompanied by a retinue including ladies, officers, fifers and drummers.

Christ Embassy Church came from Largo, Maryland bringing along one light truck and another filled with costumed members, including a woman costumed as a bride.

Dance troupes Fraternity Tinkus Bolivia USA and Sambos Caporales, from Virginia delighted with their colorful costumes, twirling and jumping along the route despite the heat. This year, members waved the flags of both Bolivia and the USA as the danced along the route.

As the parade wound down, attendees visited Fire Truck Company 7 and Engine Company 18 at the Eighth Street Station. Others headed for the Miracle Theatre, where they enjoyed face painting, frozen treats and a free Charlie Brown cartoon in air-conditioned comfort.

Hear From Democratic Candidates During May Election Forums