The 11th annual Congressional Women’s Softball Game (CWSG) will be held on Wednesday, June 19, 2019 at Watkins Recreation Center (420 12th St. SE). The annual game brings together female Members of Congress – Democrats and Republicans alike – to take on the women of the Washington, D.C. press corps.

Female members of the DC press corps play female members of Congress from both parties with proceeds benefiting the Young Survival Coalition, a charity that helps young women battling breast cancer. Each player suits up in honor of someone who has battled cancer.

This is the first year a presidential candidate, Kirsten Gillibrand, will play in the game. Tracy Reiner (of A League of Their Own and daughter of Penny Marshall) and Virginia Manina (from the All-American Girls Professional Baseball League) will be throwing out the first pitch and Megan Cavanagh (A League of Their Own) will be singing the National Anthem. 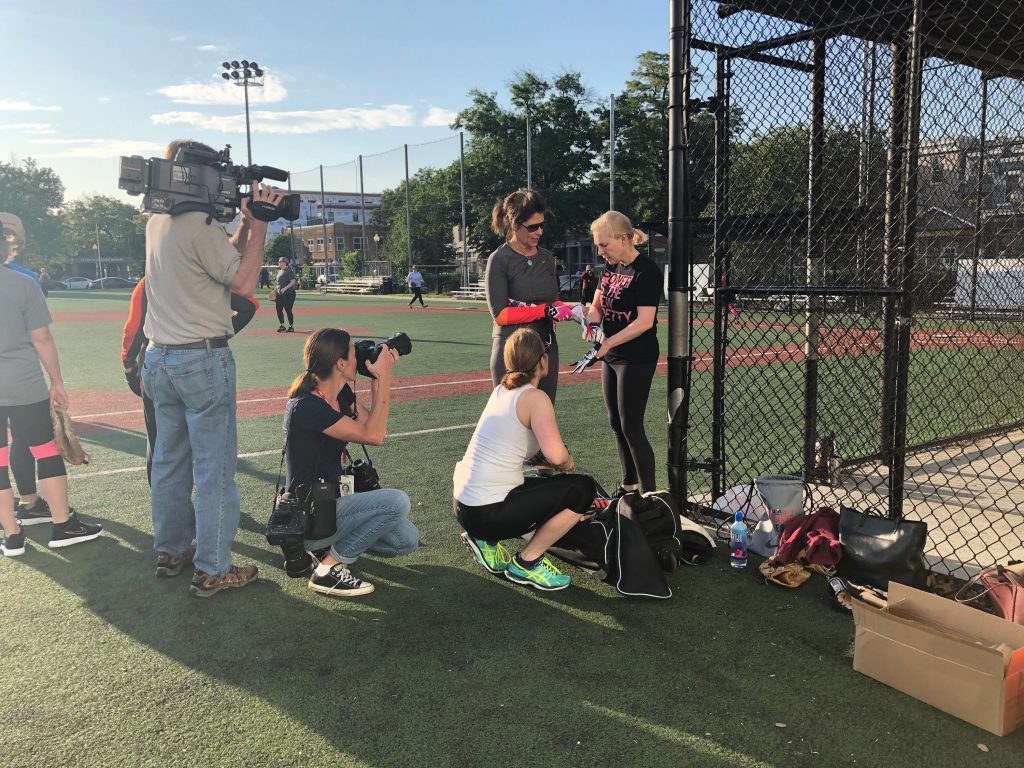 The Librarian of Congress, Dr. Carla Hayden, will be appearing at the game this year. Announcers will be NBC News’ Andrea Mitchell, CNN’s Gloria Borger, and Sen. Amy Klobuchar. Many legislators are expected to make guest appearances as well.

The CWSG Organizing Committee has raised a record-breaking $328,000 this year, reaching a total of $1.6 million since the game’s inception. The Bodice project, a traveling exhibit to support the emotional healing process of those affected by breast cancer and it joins CWSG this year.

Each year, CWSG partners with Spotify to create playlists for both teams, comprised of each player’s unique walk-up song. The last two years, the Bad News Babes have beaten the Members of Congress in our playlist contest, but this year’s playlists will be a close match. Vote for the best playlist HERE.

Hill residents should note that traffic delays around Watkins are possible, as is an increased security presence in the area.

Tickets are $10, and they can be purchased online, or at the gate on game day. For more information, visit: https://www.congwomensoftball.org.