The ribbon was officially cut on The Fields at RFK Saturday morning, ushering in a new phase in the use of the Robert F. Kennedy (RFK) Stadium Campus.

“The Fields at RFK are certainly a sight for sore eyes,” said Mayor Muriel Bowser. “When I walked in, I was just blown away. It looks like a real amusement park in some ways –that is sports, that is entertainment, and that is recreation.” Bowser said that the fields were part of the effort to make RFK a complex that means the needs and wants of the community and to get closer to making RFK a destination, similar to The Wharf and Navy Yard.

Bowser said when she quoted Robert F. Kennedy, for whom the stadium is named, “it gives us a challenge for what we can do with our entire city.”

“He said, ‘Some men see things as they are and ask ‘why’. I dream of things that never were and ask, ‘why not’?”

Named “The Fields at RFK Campus” by community-cast votes, the fields are the result of years of effort transforming 27-acres of asphalt into a new vibrant sports and recreational destination within the District.

The fields are the first component of the RFK Stadium Campus short-term plan that has been completed. The short-term plans contain five components: the multipurpose fields, a market hall, a sports and recreation complex, pedestrian bridges connecting the west and east banks of the Anacostia River to Heritage and Kingman Islands, and a new memorial site for Robert F. Kennedy, for whom the stadium is named.

Prior to the ribbon-cutting, DC United Players Bill Hamid and Wayne Rooney accepted the Mayor’s thanks for their involvement with DC youth.

“It’s fantastic for myself and Bill to be here and enjoy this special occasion,” said Rooney. “Hopefully we’ll see more little children over the next weeks, months, years improving their soccer skills and always hoping to be the next superstar for the U.S. team.”

“It’s important that we try and encourage the children to keep playing soccer,” said Rooney. “In my opinion, it’s the best sport in the world.”

Shared Vision for the Entire Campus

Chair Max Brown noted the extensive community involvement over the last three years with the project, noting the many meetings, roundtables and discussions. “We came to a consensus not just on this project, but on a vision for sports and entertainment on this entire campus,” he said.

Events DC President and CEO Gregory O’Dell acknowledged ANC Commissioner Tamara Blair (7D01), in whose Single Member District RFK Campus is located. Speaking after the ceremony, O’Dell said that The Fields at RFK are a city-wide asset but noted the input of the community conveyed through outreach conducted by Events DC as well as through representatives.

“We tried to strike a balance in getting feedback from all over the District,” said O’Dell, “both in the type of programming and what we think in our principal geographic area, the community’s fingerprints are all over it.” O’Dell said he expected District-wide involvement to continue throughout operations.

Councilmember Allen said that he was thrilled to be at the opening. “I want to add my congratulations to Events DC on a great project and a great selection in Capitol Riverside Youth Sports Park (CRYSP) as the choice to operate the park,” Allen said.

Noting that while construction progressed quickly after beginning in November, Allen recalled conversations he had as long as nine year ago with community members Ward 6 Councilmember Tommy Wells as well as Charles Barnett and Mike Godec of CRYSP about what could be done differently at RFK Campus.

“There was a different vision that was created, so that it could bring us together. So we could bring Wards 6 and 7 together right here on the boundary,” he said.

Allen said that he had spoken that very morning to a family headed to Chantilly, VA for a soccer tournament. “Families all across DC need amenities like this,” he said. “This is going to happen right here now, right here in our back yard, right here at home.”

“The next Bill Hamid and Wayne Rooney is out there right now. The next Alex Morgan is out there, ready to play on these fields,” said Allen.

When the ribbon was cut, those future stars of DC soccer streamed onto the fields to kick balls back and forth to one another.

The playground and fields will be managed by CRYSP. As the daily operator, CRYSP will be responsible for managing scheduling and field operations and ensuring the utilization of the fields complex for sports clubs, leagues, individuals and other groups seeking to rent and/or use the space.

The playground is open from 8 a.m. to dusk daily. Until August, fields open at 10 a.m. Some variation is expected as final construction elements are completed, so users are encouraged to check the calendar on the website for times and updates.

You can learn more, including how to apply for a permit, about time the fields are open for community space, and more at rfkfields.com. Get more information by visiting The Fields at RFK FAQs page or by contacting [email protected] or calling 202-539-9555. 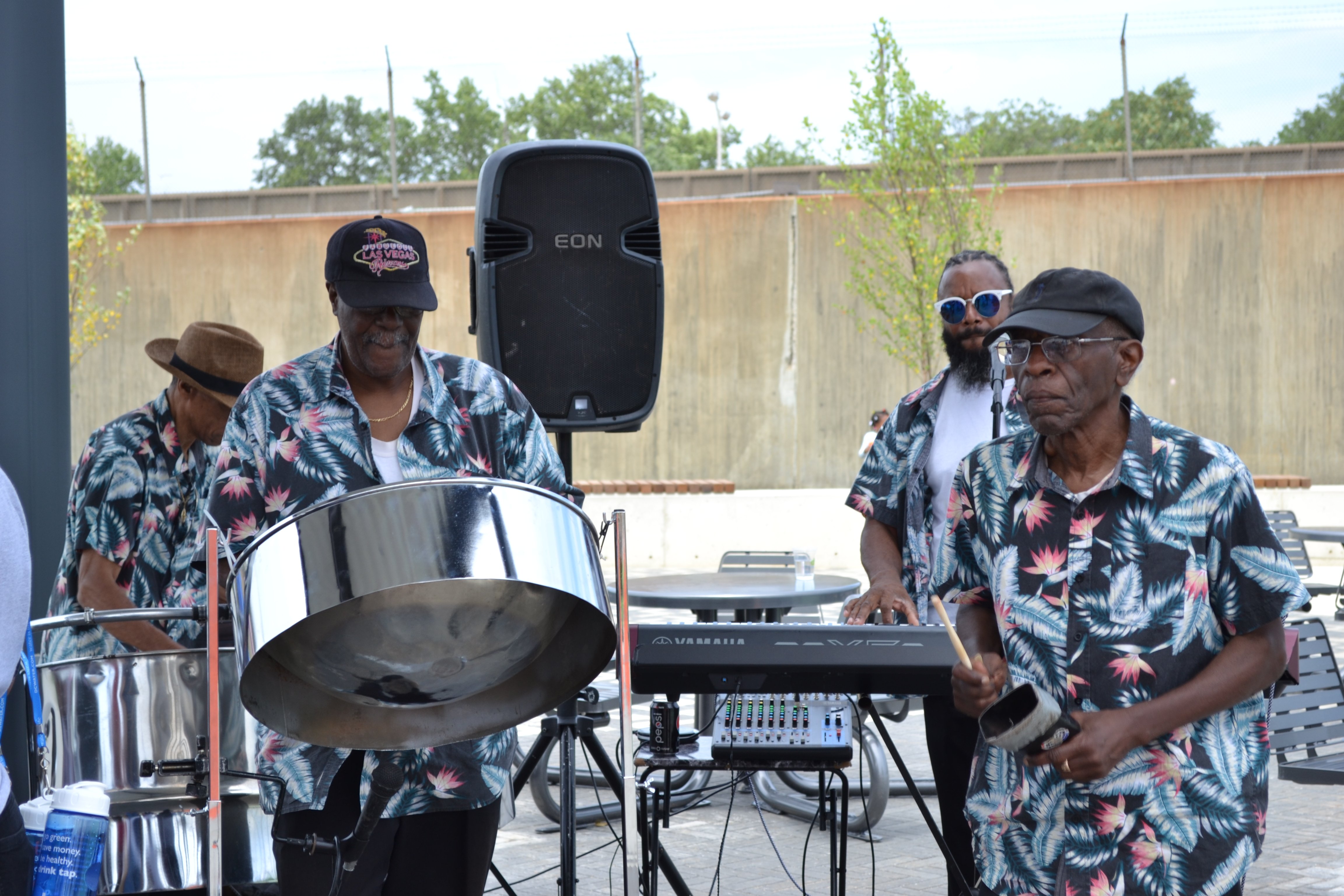 Rolling to Remember Rides from RFK May 30