Police have arrested the female suspect sought in the Potomac Metro stabbing, they announced Thursday. The male suspect is still at large.

Officers from the Metropolitan Police Department (MPD) First District and the Metro Transit Police Department went to the metro station in response to 911 calls reporting a possible stabbing. Inside the station they found an unconscious man, suffering from multiple stab wounds.

DC Fire and Emergency Medical Services arrived on the scene and transported the victim to an area hospital. After all life-saving efforts failed, the victim was pronounced dead.

He was later identified as 40-year-old Jamal Ferrell, of Southeast, DC.

At a public meeting in May, First District Commander Morgan Kane said that surveillance video appeared to indicate that Ferrell was stabbed on the escalators and robbed at the end of the incident.

Ferrell was found unconscious in the metro station, suffering from multiple stab wounds. He was transported to an area hospital but was pronounced dead after life-saving efforts failed.

On Thursday, June 06, 18 year-old Jada Jena Smith was arrested and charged with Armed Robbery. As a result of the detective’s investigation, Smith was charged with First Degree Murder.

Police are still looking for 18 year-old Xavier Dontrell Culbreth. Culbreth is currently wanted on a DC Superior Court arrest warrant for First Degree Murder while Armed in reference to this case. He is described as an 18 year-old black male, 5’7 tall, 145 pounds, brown eyes, dreadlocks and a dark complexion. Culbreth can be seen in the photo above.

MPD offers a reward of up to $25,000 to anyone that provides information which leads to the arrest and conviction of the person or persons responsible for any homicide committed in the District of Columbia. Anyone with information about this case is asked to call the police at 202-727-9099. Additionally, anonymous information may be submitted to the department’s TEXT TIP LINE by sending a text message to 50411. 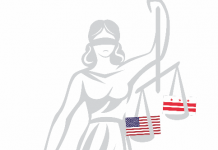 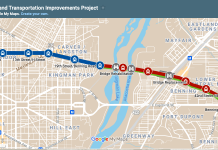