Robert Sonderman received the Individual Lifetime Achievement Award at the DC Awards for Excellence in Historic Preservation in a May 8 ceremony at DAR Constitution Hall (1776 D St. NW). In presenting the award, Historic Preservation Review Board (HPRB) Chair Marnique Heath lauded Sonderman for his 35-year career investigating, protecting, and interpreting the history and material culture of the District, the capital region and the nation.

Sonderman held a variety of positions with the National Park Service throughout his career, from archeological technician to Senior Staff Archeologist, becoming the Regional Curator for the National Capital Region in 2010 before retiring in 2018.

He served as the professional archeologist on the HPRB for 22 years, a record not likely to be broken, as Hill resident Nancy Metzger noted in her essay nominating him for the award.

Metzger said there were obvious reasons to nominate Sonderman for the award. “Twenty-two years is a very long time on any board and he and a few staff members carried the institutional memory of the Board for years,” she said. “Then there was his enthusiasm and the instinctive support he gave historic preservation all those years.”

Greater Than One-Ninth
“He was a great contributor to the board,” said Tersh Boasberg, HPRB Chair from 2000-2010. “Even though his area of expertise was small in relationship to the board’s, not only did we learn about archaeology, he was so fair-minded, and so decent and so good with people who came before him that he was much greater than one ninth of the board.”

Sonderman said that HPRB could be imposing for applicants. “I think my job on the board was to keep it light, as light as I could,” he said. “I was trying to make the applicants comfortable but at the same time, I was trying to be fair and equitable. To me that was the most important part of being on the board.”

Part of fairness was ensuring that the board was consistent in following the precedent set in previous decisions. “The advantage I had over some of the other board members was corporate memory of how projects were administered, how the board had previously reacted to certain kind of projects,” he said.

Nancy Metzger said that Sonderman was instrumental in developing a city-wide understanding of archaeology’s role in historic preservation. In the past, she said, few believed much of a record was left under city streets and buildings. “Today, even in strictly local projects, archaeology has an accepted role and constituency in historic preservation discussions,” she said. “A major driver of that change in perception was Bob Sonderman’s advocacy.”

Sonderman said that part of that advocacy was changing the mind of developers.

“My whole premise in front of the board was to diffuse that notion and promote the idea that archaeology and other aspects of preservation could be a positive thing for a development project and would perhaps make it easier for them to market their venue upon completion,” he said, noting the board successfully convinced developers to put on displays of their finds.

His efforts were not limited to his formal roles, however. Since 2003, Sonderman has worked with the NPS Incident Command Team (ICT) which operates as an NPS version of FEMA to respond to man-made or natural disasters affecting NPS properties throughout the country. Bob is part of smaller group of cultural resource professionals within the larger team, which he calls ‘Cultural Resource First Responders’.

The team consists of a group of preservation experts including museum professionals, an architect, an archivist and an archeologist that go to NPS properties to assess damage and recommend ways to mitigate damage from disasters such as Hurricanes Katrina and Sandy or the Gulf Oil Spill.

Contributor to the Community
Sonderman has lived in the Capitol Hill Historic District for more than 35 years. Born in Illinois, he received degrees in anthropology from Illinois State University, working several jobs before taking a position with advocacy group Historic Annapolis.

It was while working in Annapolis that Sonderman met the woman he calls ‘his bride’ after he saw her sing at St. James Episcopal Church (now St. Monica and St. James, at 222 Eighth St. NE). Fortunately, shortly afterward, Sonderman accepted a position with NPS in DC. He and his wife purchased a home on Capitol Hill and started a family within the next year.

Sonderman has been heavily involved in the community ever since. John Franzén said he met Sonderman almost twenty years ago, while Franzén was setting up the lecture series for the Overbeck History Project.

“He was one of our regulars, and he’d slip me ideas for topics and speakers, making me look like I knew more about DC history than I actually did,” he remembers.

Three years ago, Sonderman and an NPS colleague gave a lecture on Frederick Douglass in Washington. “Bob went the extra mile, to put it mildly, showing up with a breathtaking display of Douglass artifacts, including his personal Bible, gifts from President Lincoln and so on,” said Franzén.

“It was one of the best lectures we’ve ever presented, and the inclusion of the artifacts was typical of Bob’s generosity and attention to detail.”

Sonderman’s community involvement is not limited to the historical. Peter May is the NPS designee for the Zoning Commission, but he met Sonderman many years prior when their sons were simultaneously in Boy Scout Troop 500. Sonderman was scout master for several years and continues his involvement most notably in the troop’s annual pancake breakfast fundraiser. May marvels at his continued involvement, noting that Sonderman’s son, now a successful restaurateur (he owns the Federalist Pig on Columbia Rd NW), finished scouting a decade-and-a-half ago.

“We went to the pancake breakfast a few weeks ago, and he was there again. He said something like, ‘this is the last one’, but we’ll see,” May said.,

Now that he’s retired, Sonderman intends to stay on the Hill, and perhaps do some work on his own historic home. He still volunteers with NPS, and works with St. Monica and St. James Episcopal Church –the same one where he met his wife –giving some input as they undertake a large renovation project in the heart of the historic district.

Together with his wife, he volunteers periodically with the DC State Historic Preservation Office (SHPO), washing artifacts and offering knowledge about items to the young interns working beside them. The man who once had authority over the millions of artifacts held by the NPS still sees value in preserving each one, teaching as he does so.

For Sonderman, cultural heritage is linked intimately to collective and personal identity. As he accepted the award, Sonderman said that he had been fortunate to travel throughout the country and the world.

“Everywhere I’ve been, I’ve seen how communities value the importance of preserving their cultural heritage, be it historic architecture, historic landscapes or archaeological sites,” he said. “Preserving the past creates an important sense of place and defines who we are.”

Learn more about the DC Preservation Awards and watch the video dedication to Sonderman played at the May 8th ceremony by visiting https://planning.dc.gov/page/preservation-awards

This article has been corrected and updated from the print version. 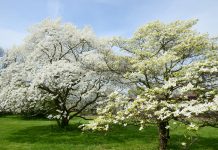 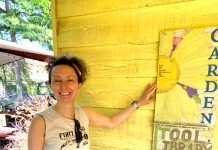